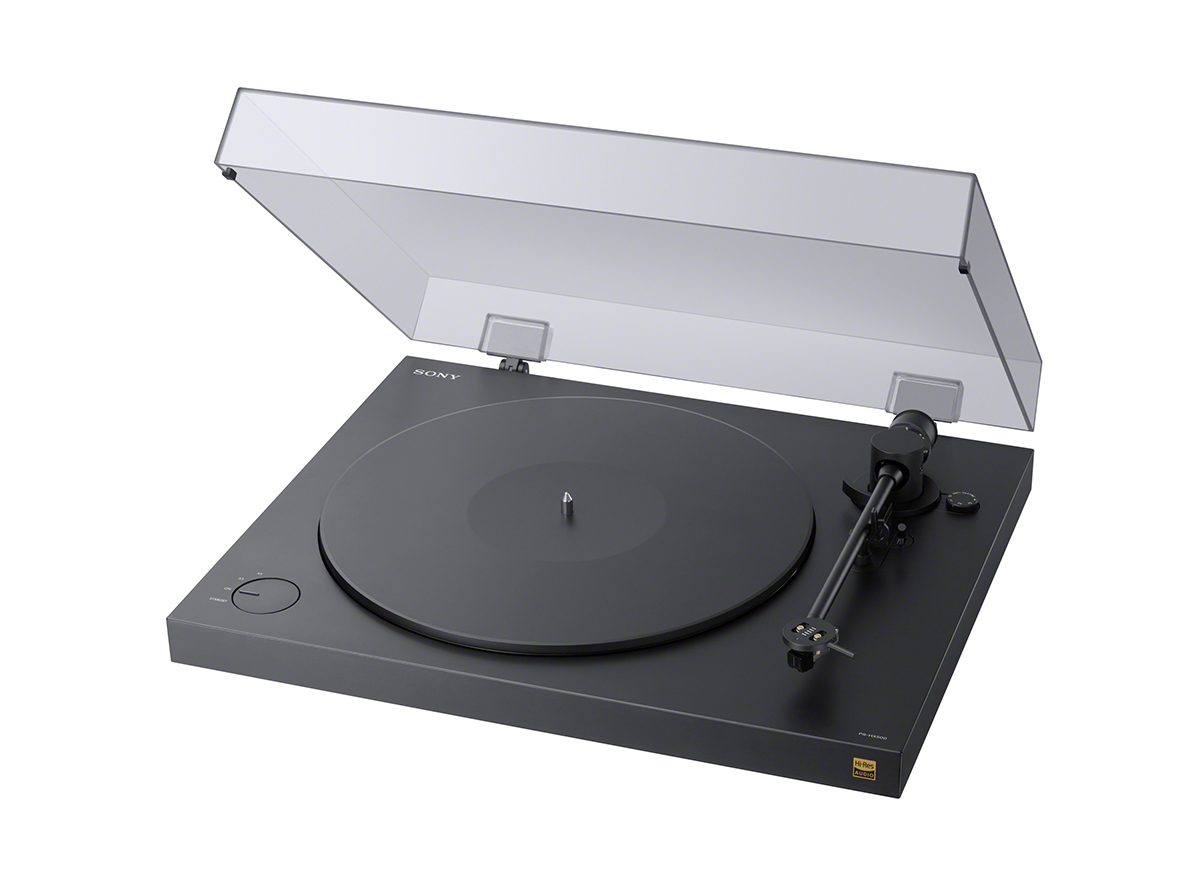 From Sony Electronics at CES 2016, there’s a wide variety of announcements in the audio front, from portable Bluetooth speakers to wireless headphones with extra bass, to new whole-home audio speakers. But probably the most unexpected announcement was the unveiling of a new reference quality turntable which has been strategically designed to expand the company’s range of premium Hi-Res Audio products.

We all agree that analog should not be discarded from the high-resolution audio equation, when we all respect decades of high quality analog masters, from which many of the best digital audio files we currently can listen have been being generated. But going back to actually using vinyl is in fact a different concept, which Sony claims should not be separated from the whole Hi-Res Audio campaign. According to Sony, the new PS-HX500 turntable is targeted for music enthusiasts who collect and enjoy LP recordings and provides them with unprecedented flexibility and performance, as well as a number of other key benefits.

Sony also explains its HX500 is “the first turntable to combine Sony state-of-the-art digital technology with a new advanced design. Its built-in A/D converter supports hi-res digital transfers in either native DSD (up to 5.6 MHz) or WAV files (up to 192 KHz/24-bit resolution). This enables users to digitally store their favorite music from vinyl recordings and play them for personal use on virtually any compatible Hi-Res Audio device.” With clicks and crackle included and enhanced, we should add.

“Sony is dedicated to providing audiophiles and music enthusiasts alike with a wide range of hi-res audio solutions that can meet virtually every lifestyle need”, says Yamato (Tank) Tanikawa, Director, Home Entertainment & Sound, Sony Electronics. “Our new PS-HX500 turntable serves as an important bridge that connects the growing number of vinyl record collectors to the convenience and sound quality afforded by hi-res audio”.

The HX500 comes with a newly developed app with exclusive software that allows simple and intuitive editing on either PCs or Macs. Users can conveniently combine tracks from both sides of an album or multiple tracks can be split and saved. A special driver is also provided for recording compatible DSD streams. 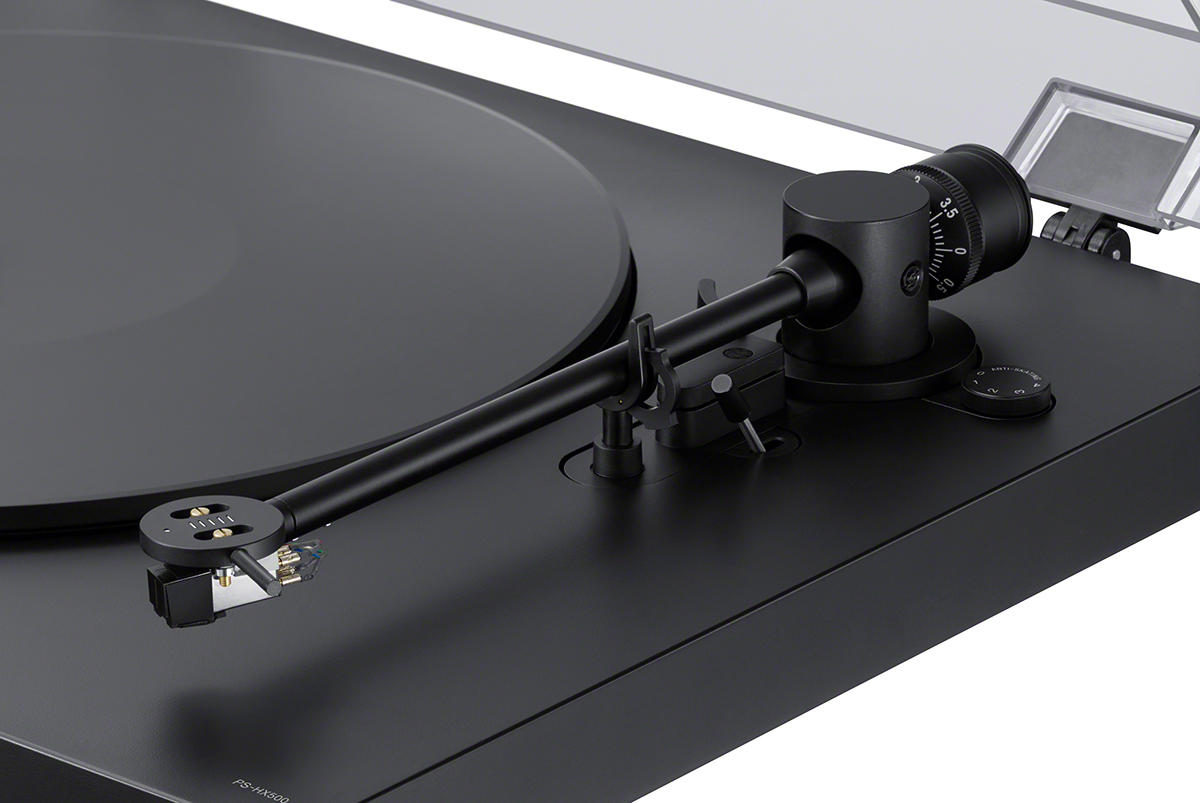 A two speed belt drive system is also used which includes an aluminum die cast platter and thick (5mm) rubber mat to help stabilize disc rotation and minimize vibration. The built-in phono equalizer incorporates special parts selected for their sound quality, which are mounted on a glass epoxy circuit board to improve structural rigidity. A high density acoustically inert cabinet is further utilized along with insulator feet to off-set vibration and reduce resonance. Even the dust cover is designed to minimize vibration.

The new PS-HX500 turntable will be available this Spring (even earlier than the eagerly expected Technics SL-2001G). 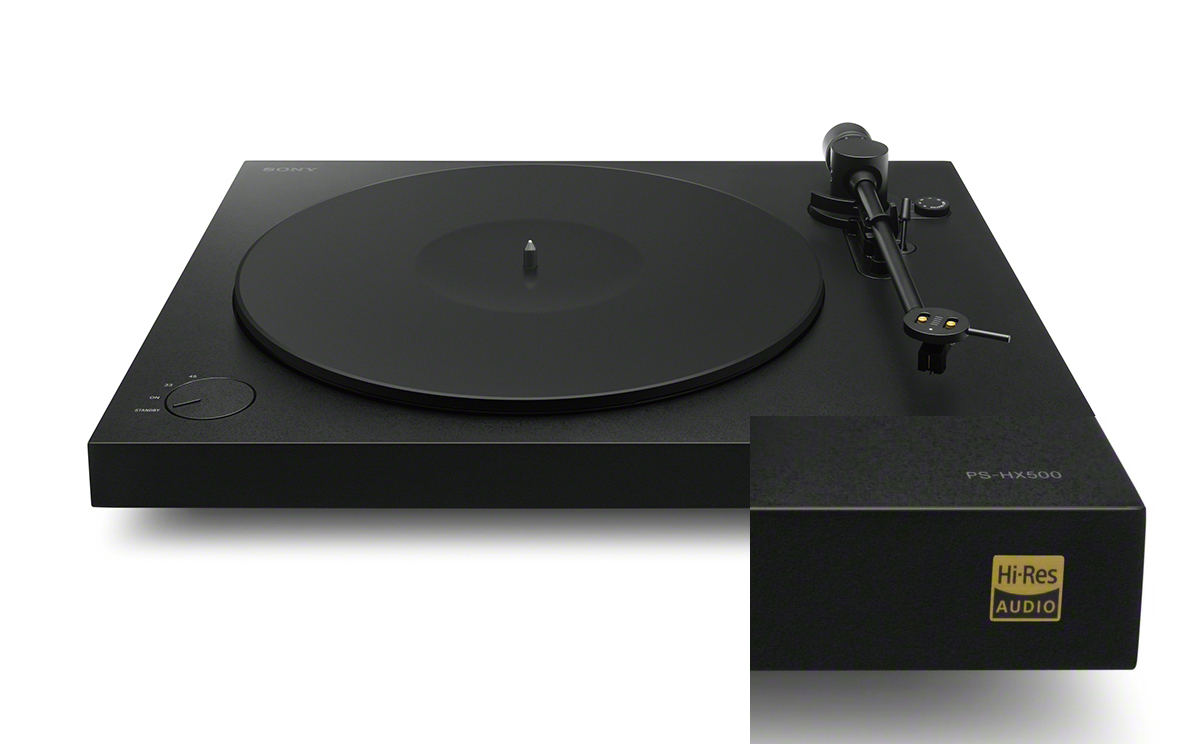 Hi-Res Audio Mastering Presentations at CES
To reinforce its commitment towards Hi-Res Audio, Sony is promoting demonstrations at CES 2016 to highlight the potential of analog archive material when carefully remastered to digital in the highest quality available today. At the CES show, Sony decide to demonstrate a variety of iconic music recordings that have been mastered by the award-winning engineers at Battery Studios in New York City. The demonstrations have been designed to provide a greater understanding of the mastering process and the important role it plays in defining the Hi-Res Music experience for consumers.

The demonstrations showcase the works of such noted artists as Miles Davis, Simon & Garfunkel, Harry Nilsson, Leonard Bernstein and Bill Withers. All of these classic tracks are from the renowned catalog of Sony Music’s Legacy Recordings, which was recently acknowledged by The Recording Academy Producers and Engineers Wing for its dedication to excellence in sound quality for more than 25 years.

For comparison purposes, all of these hi-res tracks can also be heard on compatible Sony digital devices featured at a special listening station located outside of the Hi-Res Mastering room.
www.sony.com
related items