The company made its debut in the music industry by pioneering a speaker calibration software for studio monitors and is now expanding that same technology to create a number of digital correction products based on the latest findings in the fields of mathematics, computer science and psychoacoustics.

The Sonarworks software basically allows calibrating studio monitors or selected headphones towards the sonic reference of our choice, as well as simulating different audio systems with high accuracy to check how our mixes will translate to other systems. According to the company, the solution can be used to create recordings that translate well on any sound system and allows to have the same reliable reference anywhere, using the software plug in on a laptop.

As an example, the technology enables a mastering engineer to use his sound system to accurately simulate how his work will be heard on other devices – hi-fi speakers, cheaper earbuds and other popular means of music listening.

The Sonarworks solution is also extremely useful to remove tonal differences from over distance collaboration. If both parties are using calibrated pairs of headphones or speakers, they can trust their discussion will be based on the closer sonic reference possible. The company also explains that its software allows for  better frequency response precision, not obtainable with hardware, with a precision above +/-0.5 dB across all the correctable frequency range. 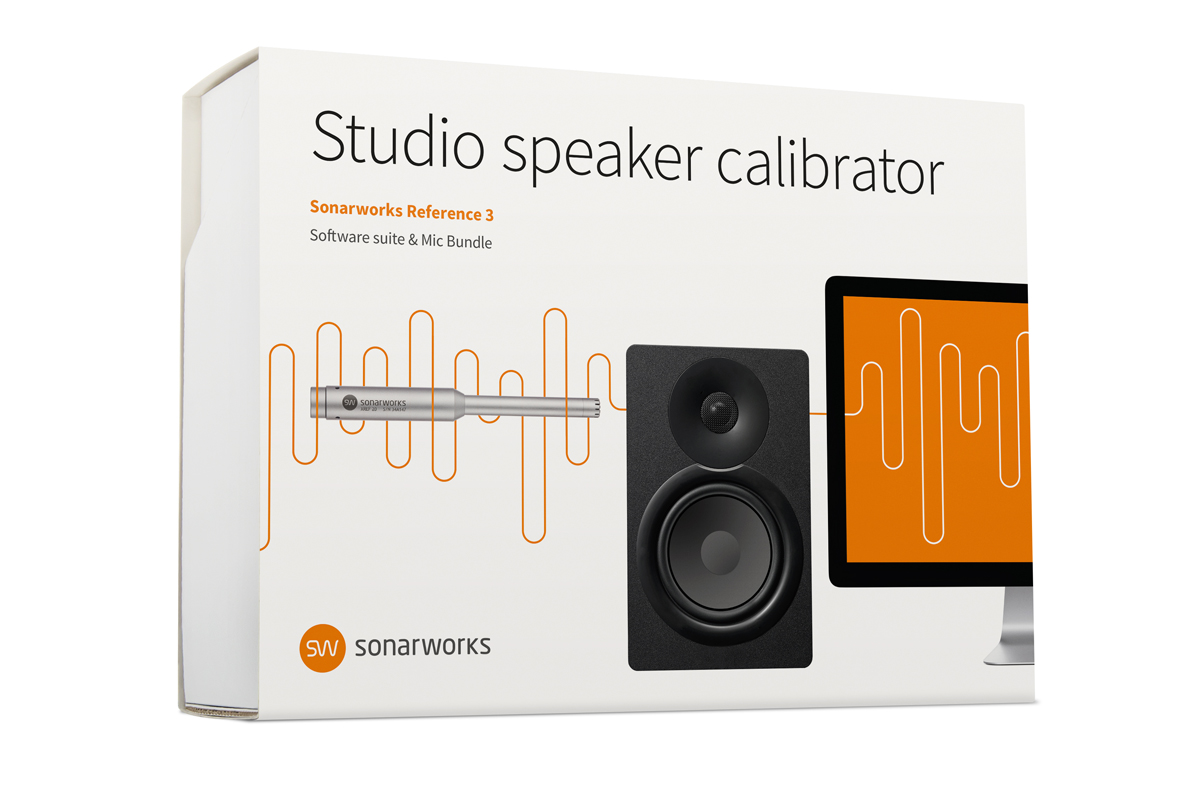 The calibration process starts with measurements made in the studio with a measurement microphone. Reference 3 then analyzes the data and produces a filter profile for the studio. The filter is then opened with a plug-in in any DAW just before sending a signal out to the monitors. When the plugin is enabled, the monitors are calibrated towards a chosen reference.

As the company explains, “Reference 3 is packed with unique and patent-pending technologies as well as automation that enables anyone to do the complete studio calibration process with a visual step-by-step workflow in less than 15 minutes. Reference 3 utilizes a proprietary Perceived Acoustic Power Frequency Response (PAPFR) technology that measures and analyzes sound the way humans actually hear it.”

During the measurement process, the software automatically detects the microphone position in the room, making the process much easier and the results more consistent. The processing plugin has a filter engine that is specifically designed for audio calibration in a studio setting with a choice of linear, mixed, and minimum phase filters to suit the task at hand.

“Truly accurate monitoring, allowing you to be fully confident in your mixes. An absolute must have for the studio,” says studio engineer Smith Carlson (OneRepublic, Maroon 5, Taylor Swift, Beyoncé). Producer Matt Wallace also confirms having mixed the new Faith No More record, Sol Invictus, with the Sonarworks Studio Speaker Calibration software. “I’m finally able to hear things more clearly and no longer have to try and guess if my mixes will translate out into the ‘real world’,” said Matt.

Since a measurement microphone is required to use the software, Sonarworks offers a bundled version with a custom calibrated measurement microphone for 269.00 EUR / 345.00 USD. A download only license is currently 229.00 EUR / 299.00 USD. Both bundles contain one measurement software license and two plug-in licenses. The Sonarworks Reference 3 measurement software is currently available only for Mac. PC users can use version 2.2, which will be upgraded free of charge to 3.0 in spring 2015. The DAW plug-in is available for both OSX and Windows.

And also for headphones
Sonarworks also developed a high-definition studio headphone calibration solution. This is achieved by using a unique patent pending measurement technology that delivers data that illustrates how the music would be heard by real people through a set of headphones. After the measurement is done, a high-resolution calibration curve is generated and used by the DAW plug-in to compensate each and every frequency response dip and curve.

A full frequency sweep along the audible range produces a frequency response data. The measurement curve follows the deviations from the defined target curve and corrects any dips and peaks to achieve a frequency response that will enable the system to sound like flat calibrated speakers. This is achieved by using sophisticated math and an adjustable filter engine that is tailored to suit the user’s preference of delay and phase distortion. After the initial frequency correction the user is able to dial in his reference of choice.

Sonarworks offers average calibration curves for a variety of headphone models, presently including seven popular models from AKG and Sennheiser among others. However, the company explains, “ultimate precision can only be achieved by using individual calibration for each set of headphones. This eliminates sample-to-sample variations that are bound to introduce some deviation from frequency response target curve.”

In addition to a highly accurate frequency response, the Sonarworks plug-in allows mixing and mastering engineers to control the sound reference and emulate the sound of other headphones or speakers. This feature is useful for double-checking how the mix would sound on other systems. The plug-in also allows for a consistent sound across many studio rigs and helps tremendously when collaborating over distance. 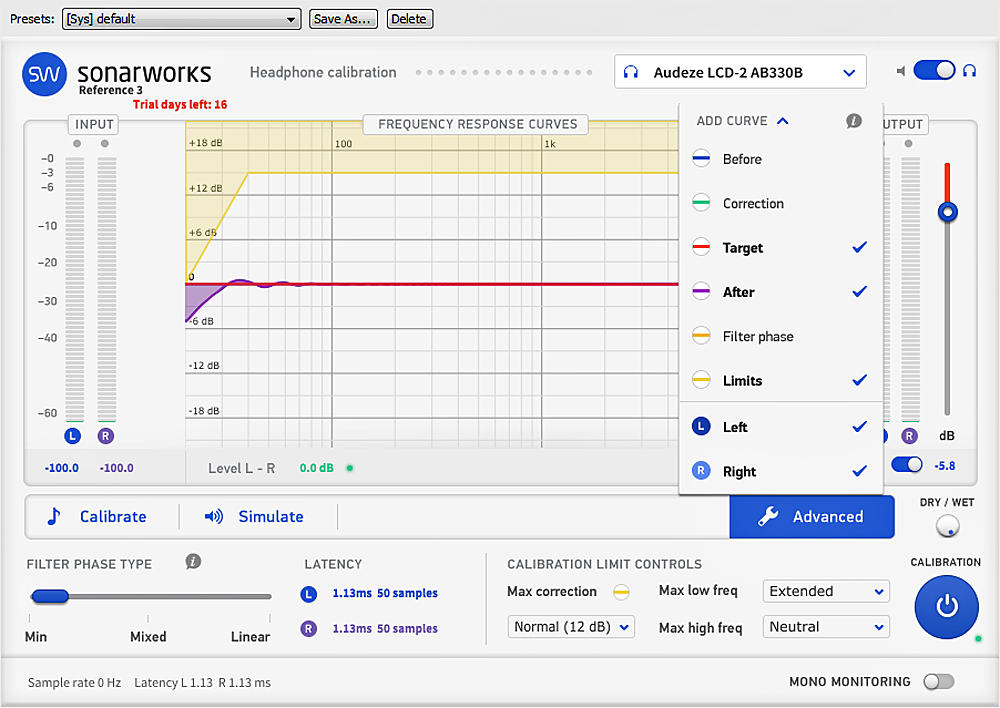 The new Sonarworks Reference 3 Headphone calibration plug-in was launched in February, 2015 and now offers an improved user interface, more calibration files, and a low latency mode to allow using calibrated headphones for real time monitoring and other tasks where low latency is crucial.

The plug-in for digital audio workstations (DAWs) is offered in AU, AAX Native, RTAS and VST standards and compatible with both OSX and Windows. Currently a single license for Sonarworks Reference 3 headphone plug-in costs 70€/$79. The DAW plug-in can be used with average curves made from numerous samples of the same headphone. Sonarworks’ website provides a list of supported headphones.

The company offers free 21-day trial of its products, so that users may try calibration and test average model curves.
sonarworks.com
related items