Removing the Echo in a Presenter’s Earpiece by Sonifex

The RB-AEC is used to remove the entire control room monitor speaker output from the presenter’s feed by adapting to the environment in which the control room microphones are placed. Although acoustic echo cancellation is more commonly implemented in telephony systems, the Sonifex RB-AEC is designed to produce broadcast quality cancellation.

Much like during a conference call configuration between two rooms, each room has a microphone and speaker to conduct a conversation. When an occupant of one room speaks, it takes a certain length of time before it is received in the second room. Without a suitable solution this ‘delayed’ signal can then be captured by the microphone in the second room and returned back to the first room as an echo. 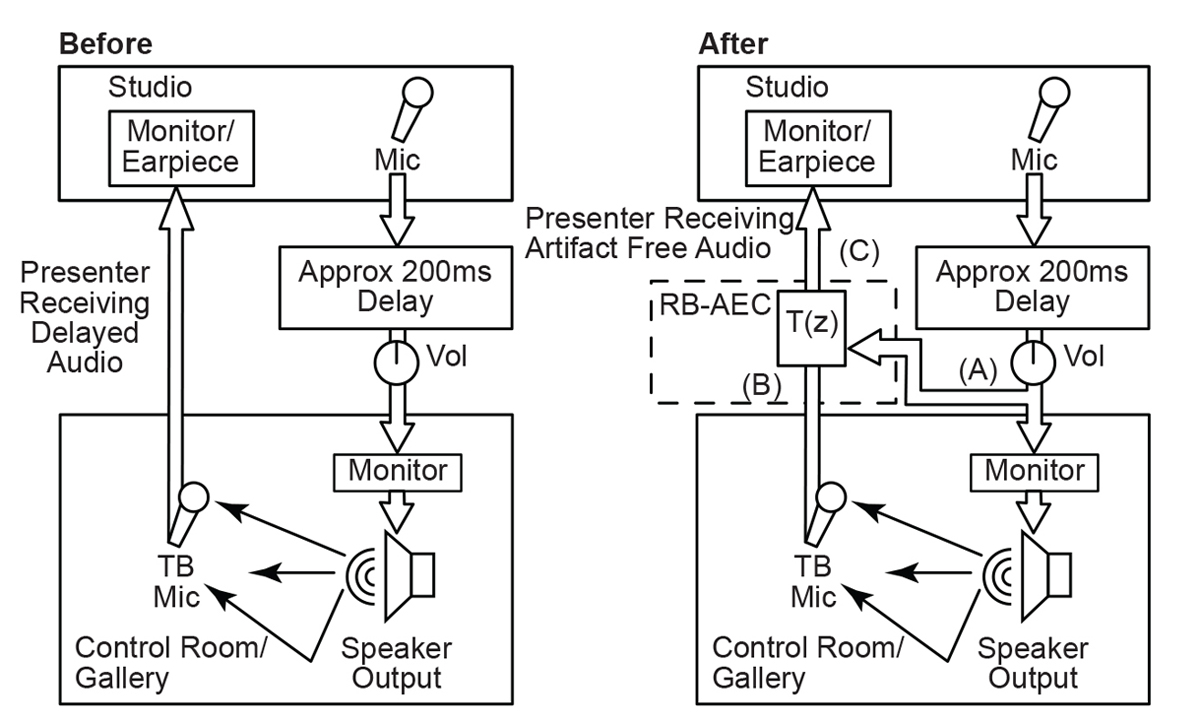 The DSP solution offered by the RB-AEC can dynamically compensate for varying configurations. The post-processed transmission output program from the studio (A) is sent to the RB-AEC as an analogue or digital audio signal (the stereo input is auto-sensing) which acts as a mix-minus to the input signal (B) from the Control Room. The RB-AEC removes the unwanted acoustic echoes so that the audio sent to the presenter’s earpiece is free of echoes and reflection artifacts.
www.sonifex.co.uk/redbox/rbaec_ld.shtml