QSC Audio has announced a free firmware download upgrade for its TouchMix mixer range, adding reliability and stability along with a new multi-language info system. The 2.1 firmware adds support for MIDI-over-USB foot-switches, more scene recall functions, the ability to use auxiliary mixes as sub-groups and improved Wi-Fi connectivity.
The Costa Mesa, CA, company launched its TouchMix-8 (12 input channels) and TouchMix-16 (20 input channels) digital mixers in middle 2014, after previewing the concept at NAMM 2014. The concept consisted in offering a “point and shoot” solution allowing anyone to achieve optimum results, while also supporting an Advanced Mode operation that offers total control over all mixing parameters. 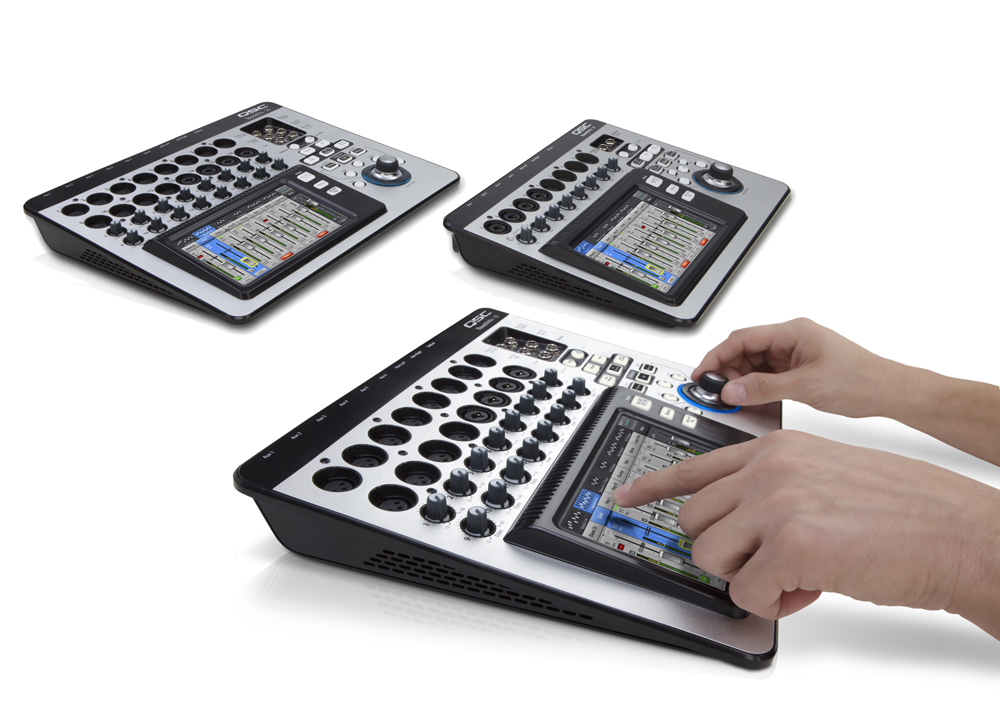 Designed for musicians, production professionals and live performance venues that need the power and capability of a large “concert” mixing console in a compact, affordable and easy to use form factor, the TouchMix Series was the result of an intensive R&D effort in cooperation with industry veterans, which enabled QSC to expand its market scope in a segment where the brand achieved significant success with its K Series and KW Series active loudspeakers.

QSC’s TouchMix Series includes comprehensive dynamics processing on each input channel, four internal digital effects processors, filters and delay on both the main and aux outputs and 8 DCA groups with mutes as well as 8 mute groups. With four (TouchMix-8) or ten (TouchMix-16) auxiliary output channels, the TouchMix are also designed as a solution for stage monitor mixing with the ability to drive multiple, wired stereo in-ear monitors directly. 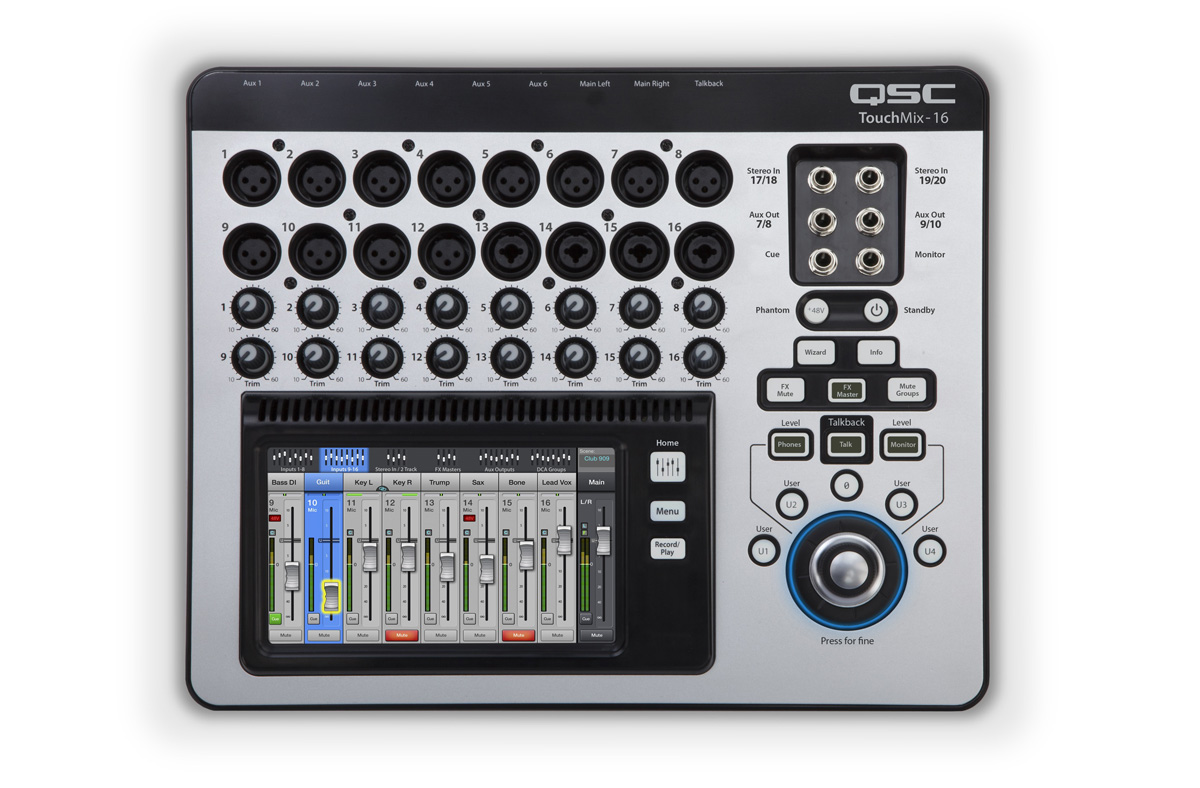 The TouchMix concept also combines a library of Channel Presets and Mixer Scenes, created specifically for the unique requirements of live sound reinforcement, combined with Effects Wizards, which can be saved, both internally and via USB drive. Not requiring no external PC or video display, the digital mixers rely on a graphic touch-screen to provides access to all functions and parameters along with a physical rotary encoder and hardware buttons - no traditional faders.

Still the TouchMix series have a Remote Control App for iOS allowing to control all mixer parameters and the included USB Wi-Fi adapter creates the network connection between the mixer and hand-held devices. No external network hardware is required. The mixers are also capable of direct recording to an external USB hard drive in 32-bit broadcast wave format. Tracks can be played back on the mixer or imported into most DAW software for overdubs and post-production.

Since their availability, TouchMix mixers have received critical acclaim for their sound quality, ease of use, and impressive results from experienced professionals and audio novices alike. The 2.1 firmware release includes critical updates and adds a few new features as well including support for MIDI-over-USB foot-switches.

Among the new features, one that will be of special interest around the world, is the new multi-language Info system. The mixer’s built-in Info system and demo screens now include user-selectable options for Chinese (Mandarin), French, German, Russian and Spanish. In addition, 2.1 adds more flexible scene recall functions, along with the ability to use auxiliary mixes as sub-groups and improved Wi-Fi connectivity.

“Since the release of TouchMix we’ve received lots of suggestions for additional features and improvements.” states Product Manager, Jon Graves. “The 2.1 release implements the best of these, as well as a few of our own. If you’re still using an earlier firmware version on your mixer, you really owe it to yourself to load up 2.1.”