Audio Professionals are increasingly using Apple’s iPad in live sound and in the studio. PreSonus proposes a complete integrated solution using an iPad also as a mobile recording solution, combining the new Capture software for iPad and its AudioBox range of interfaces, creating a bridge with Mac and Windows workstations.
PreSonus announced the USB 2.0 bus-powered AudioBox iOne audio interface and AudioBox iTwo audio/MIDI interface for Mac, Windows, and Apple iPad. These next-generation mobile interfaces include PreSonus’ easy-to-use Studio One Artist DAW for Mac and Windows, new Capture Duo recording software for iPad, and a Nimbit Free account for online direct-to-fan distribution of music, merchandise, and more. With Capture Duo or Capture for iPad and an AudioBox iOne or iTwo, you can record with an iPad and wirelessly transfer the recordings directly to Studio One Artist. The result is an integrated, end-to-end, mobile solution that includes everything needed to record, edit, mix, and share music anytime and anywhere. 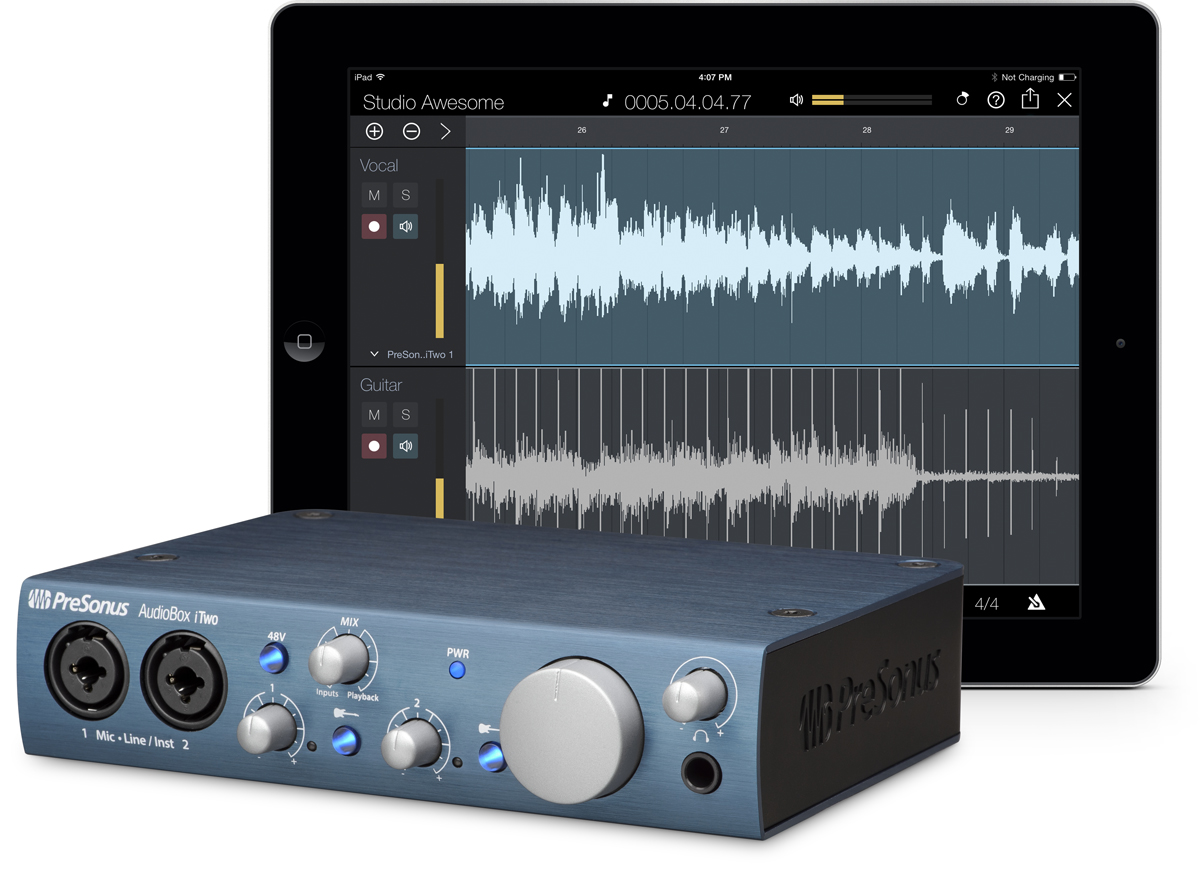 The AudioBox iOne sports one instrument input and one mic input, while AudioBox iTwo offers two combo mic and switchable line/instrument inputs. Both feature high-performance Class-A mic preamplifiers with phantom power and 24-bit, up to 96-kHz converters with 105 dB of dynamic range. The DACs feed balanced 0.25”, line-level outputs and a loud, clear headphone output with independent level control. The AudioBox iTwo also includes MIDI In and Out. Each interface has an internal analog mixer with zero-latency monitoring, enabling you to monitor recorded tracks and overdubs without audible delay.

Small, lightweight, and USB bus-powered, the AudioBox iOne and iTwo can sit on a tabletop or fit in the pocket of a backpack or laptop bag. They’re built to travel, with a metal chassis and knobs and jacks secured directly to the enclosure to reduce strain on the internal circuit board.

Both interfaces work with any recording software that supports Core Audio (Mac) or ASIO (Windows).

Capture Duo two-track recording software for iPad is free from the Apple App Store, and includes basic mixing and editing as well as an integrated metronome.

PreSonus also offers Capture for iPad, which can record up to 32 tracks with the same features and 24-bit, 96-kHz fidelity. The app provides basic mixing and editing features and is available from the Apple App Store for an expected price of $9.99.

With either app, you can record and save multiple songs on an iPad, then wirelessly transfer them directly to PreSonus Studio One (Mac or PC, version 2.6.3 or later), where you can edit and mix. Songs and individual tracks can also be copied using iTunes if the iPad is connected to the computer with a USB cable. 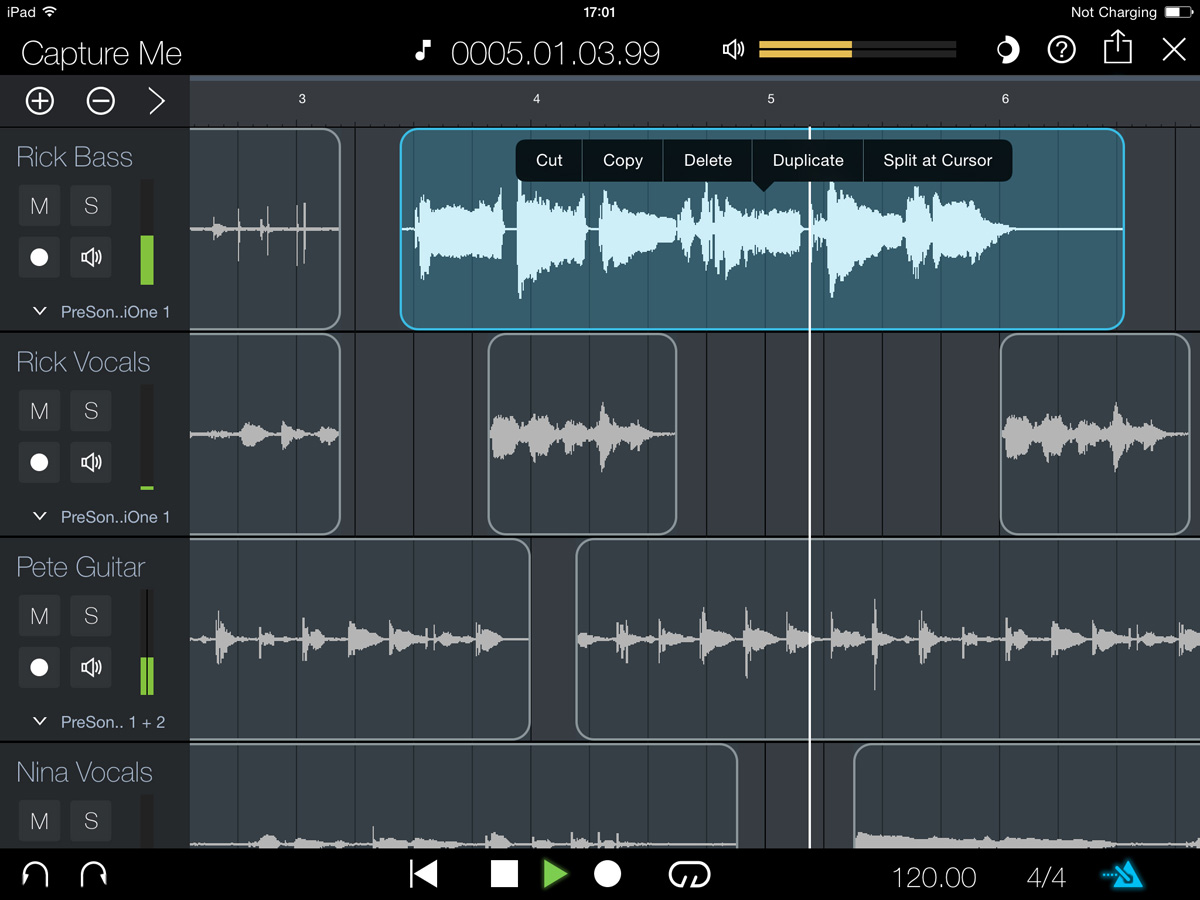 Capture for iPad has a lean and easy-to-use design: When you create a new Session, all tracks are automatically record-enabled. You just have to tap the Record button to start recording. Tapping the “?” button launches an interactive Quick Start Guide that shows how to get around the app and how to transfer sessions to Studio One.