“The VTX V25-II demonstrates JBL’s commitment to making VTX the industry’s flagship touring system, while also showing our determination to protect our VTX partners’ initial investment,” said Paul Bauman, Associate Director, Tour Sound, JBL Professional. “Along with the introduction of V25-II, we are offering an upgrade path that is both cost-effective and easy to implement for existing V25 enclosures in the field.”

VTX V25-II maintains the same outstanding horizontal coverage performance of the original V25 and current V25 owners can upgrade their cabinets to the new V25-II performance standard in a matter of 10 minutes with the VTX-V25-WG-UK Waveguide Upgrade Kit. 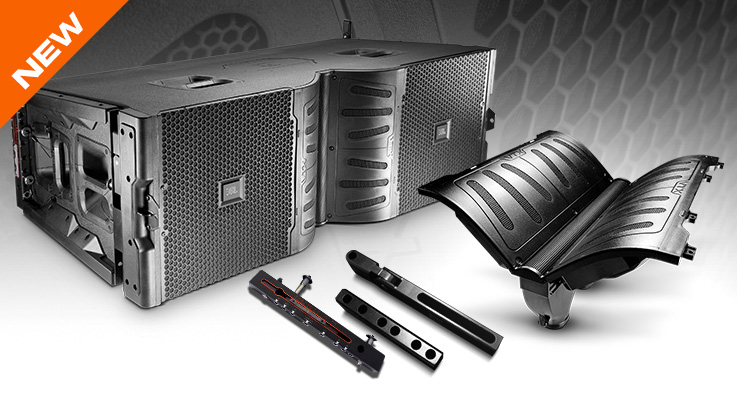 The new V25-II waveguide features design improvements that were motivated by the highly-effective VTX V20 waveguide and differs from its predecessor with revised internal acoustical path geometry and double the number of acoustic transmission paths. In addition, the V25-II waveguide’s exponential geometry assists with wavefront expansion while providing improved wavefront control and line source array coupling in the vertical plane at higher frequencies.

The V25‐II waveguide provides better acoustic loading conditions for JBL’s D2 dual diaphragm, dual voice coil compression drivers, resulting in over 10 dB higher sensitivity above 10 kHz. This sensitivity increase means that less high frequency shelving equalization is required in order to achieve the same acoustic output response and, as a result, there is a significant increase in amplifier headroom.

Limiter thresholds can also be adjusted so there is less peak limiting activity and reduced distortion. All of this combines to provide higher maximum SPL and improved system packaging density since there is a better power match when the V25‐II elements are used with Crown Audio I-Tech 4x3500HD four channel amplifiers.

Improved polar characteristics and wavefront control are also obtained with the new waveguide which translate to improvements in long-throw performance and overall, V25-II offers more even coverage, front to back. Improvements can also be found underneath and behind the array, where V25-II focuses significantly less high-frequency energy.

Also new at Prolight+Sound 2015, JBL introduced the VTX V25-II-CS, which includes the optional V25-CS-K compression suspension kit pre-installed at the factory and is intended for use with VTX V25-VTC Vertical Transporters and accessories.

Bauman concludes, “VTX V25-II and V25-II-CS offer clients the choice between individual enclosure or vertical transporter conditioning. Existing V25 enclosures can be upgraded to the V25-II standard with the VTX-V25-WG-UK and with the addition of the optional VTX-V25-CS-K compression suspension kit, V25 enclosures can be further modified to the VTX V25-II-CS standard. Vertical transporters are not necessarily the right solution for all applications but we are now able to offer clients a highly-effective solution that suits either requirement. The waveguide upgrade program has been underway since February 2015 and VTX owners have been extremely pleased with the improvements.”

“Performance Manager is an integral part of Harman Professional’s turnkey system solution. The workflow approach is consistent with what has been taught throughout VERTEC and VTX training for the past 8 years and there is an exciting roadmap ahead for additional product and optimization integration into Performance Manager." 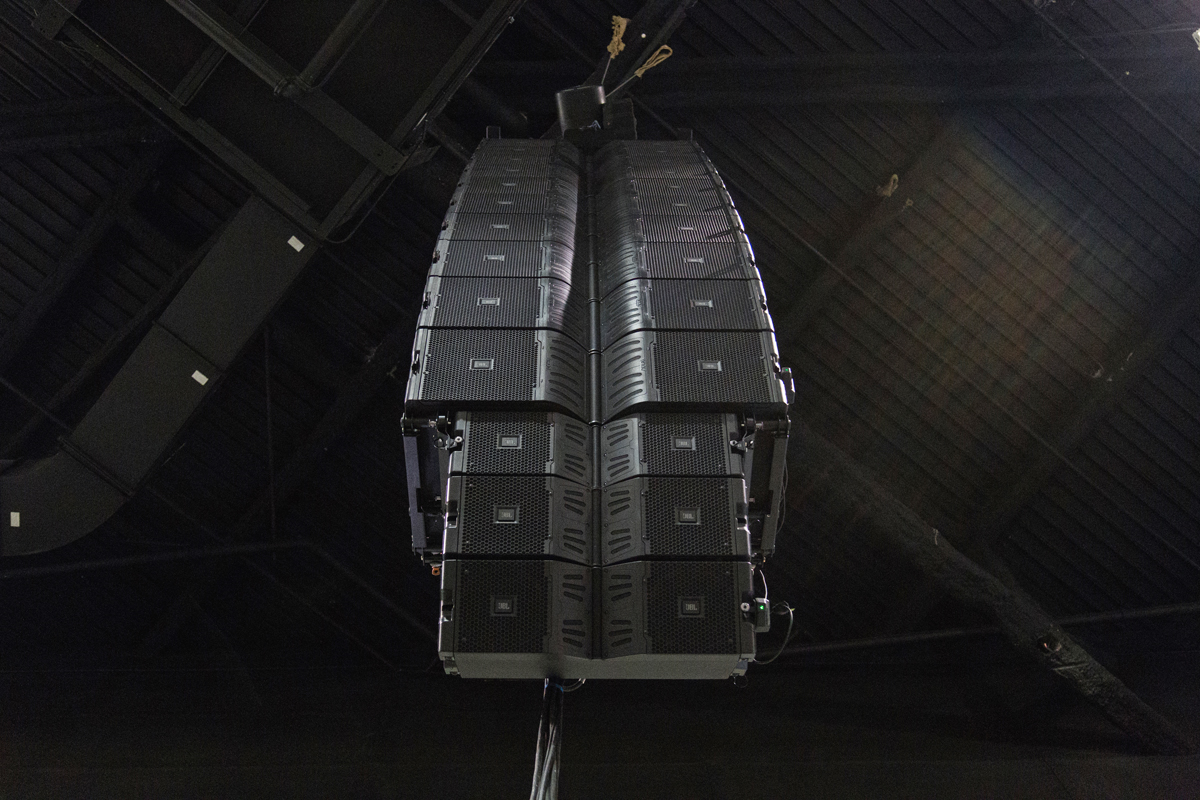 The V20-DF guarantees precise alignment and optimum line source array coupling of the vertical wavefronts of the V20 and V25 loudspeakers with minimum physical gap when attached, while offering four variable attachment angles (0°, 3.5°, 7.5° and 11°) between the V20 down fill block and lower V25 enclosure. For added flexibility, the V20-DF can be used as a pullback accessory when deployed as part of the compression suspension systems on VTX V25-II-CS or VTX V25-CS and can also be used with VTX V25-II or V25 enclosures in fixed angle tension suspension mode.

Sonic consistency between the large and small format D2 dual diaphragm, dual voice coil drivers employed in VTX V25 and V20 as well as dedicated OEM factory V5 presets for V20 when used in down fill mode ensure a seamless transition from V25 to V20 in terms of sound quality. The 105° nominal horizontal coverage of V20 provides an excellent complement to the 90° coverage of V25-II and V20’s ability to achieve higher inter-enclosure angles (up to 12.5° tightly wrapped) provides an effective, visually discrete and economical down fill solution for the short throw portion of a given audience area to be covered.

Global Alliance Program
Delivering worldwide product access to its premier tour sound customers, HARMAN Professional announced the launch of its Global Alliance Program. Through this worldwide network of dealers and users, tour sound customers have easier access to HARMAN Professional live sound products across the globe, to meet the needs of any premium production, anywhere in the world.

“Our global infrastructure allows our live sound products to be found in every region of the world, so in the event that our customers need product to rent, buy or meet other equipment and production needs, that access is now easier than ever before, regardless of location,” said Brian Pickowitz, Associate Director, Live Sound and Rental Systems, HARMAN Professional.