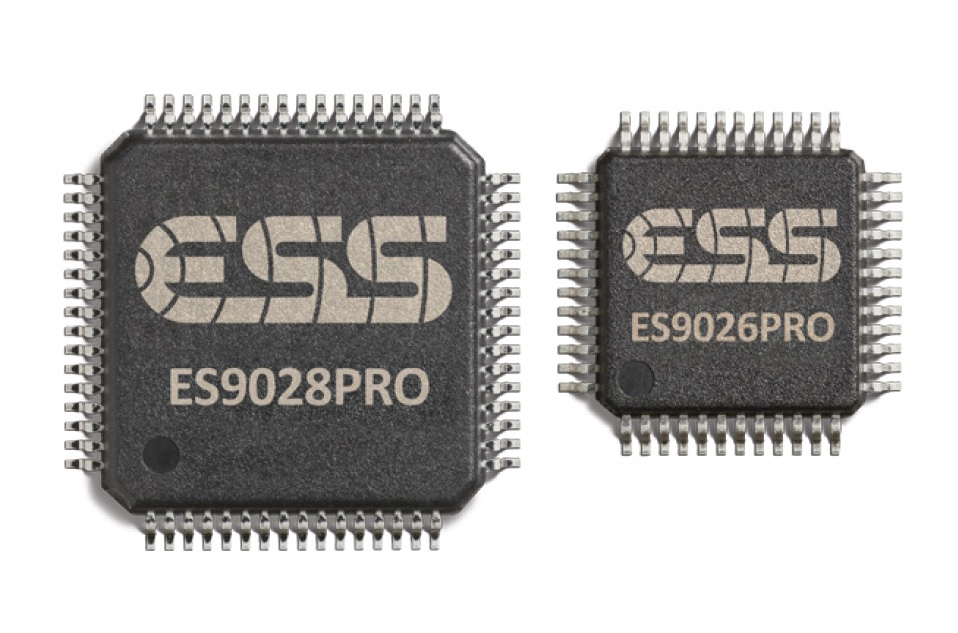 The ES9028 SABRE DAC is a high-performance 32-bit digital to analog converter and uses ESS’s patented 32-bit Hyperstream architecture and Time Domain Jitter Eliminator. It is the first SABRE DAC to use the company’s new Dual-DAC architecture to further enhance performance. It also delivers an unprecedented dynamic range (DNR) of up to 129dB and total harmonic distortion plus noise of -120dB (THD+N) – a performance level that will satisfy the most demanding audio enthusiasts. All SABRE Headphone Amplifiers offer ultra low noise with high gain. The ES9603 Headphone Amplifier supports a DNR of up to 122dB and THD+N of -117dB with 600ohm loads. Additionally, it implements a unique programmable feature that can improve THD+N with 32ohm loads to -112dB in Best Performance mode.

According to Feng Lei, CMO and Vice President Worldwide for Vivo, “ESS has achieved a dedicated following with true audiophiles by consistently delivering a dramatically better listening experience.”

“Working with Vivo to premiere our newest SABRE products is an honor. Our number one goal as a company is to deliver the best audio experience across all platforms, but particularly in the growing HiFi smartphone space,” adds Dan Christman, ESS’s Chief Marketing Officer. “Since their inception, Smartphones have compromised on audio quality. Vivo has pioneered the true HiFi audio experience for smartphone users and we are excited to work with them on the introduction of our new SABRE ES9028 and ES9603 in the X6 Plus.”

The new ES9028PRO and ES9026PRO SABRE digital-to-analog converters (DACs) are 32-bit, 8-channel PRO series DACs, designed for high quality and performance applications at a more economical price point. The ES9028PRO and ES9026PRO are pin-compatible upgrades for ESS’ ES9018S and ES9016S, and feature 129 dB and 124 dB dynamic range (DNR), and -120 dB and -110 dB total harmonic distortion plus noise (THD+N). The ES9028PRO SABRE DAC has 500 mW power consumption at 192 kHz sampling and 100 MHz MCLK. The power saving feature allows the user to power-down to a low-power idle mode when the audio signal is absent. 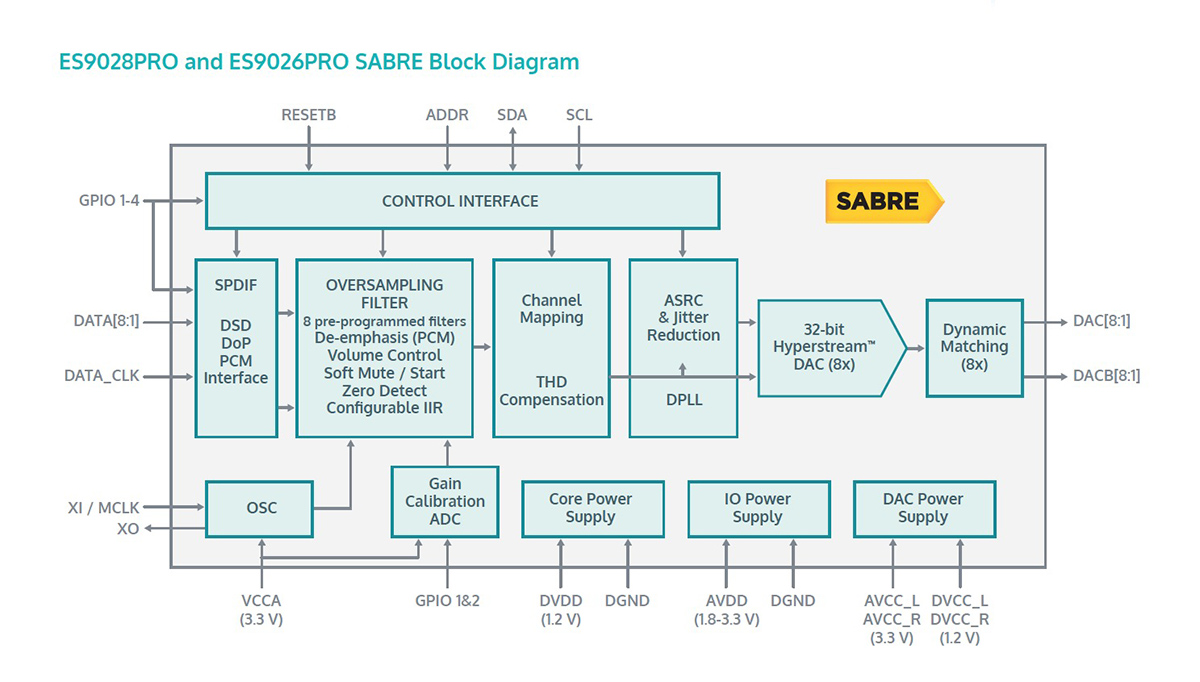 The enhanced feature set of the ES9028PRO and ES9026PRO increases the design flexibility and performance of audiophile and studio equipment. These new ESS DACs also feature the high-performance architecture of the PRO series to deliver a truly immersive listening experience. In addition, the PRO series features increase design flexibility and reduce design-debugging time.

Among its programmable functions are customizable output configurations for Mono, stereo, 8-channel output in current-mode or voltage-mode based on performance criterion, as well as customizable filter characteristics, allowing custom roll-off response.

The new PRO series of SABRE DACs was created to integrate seamlessly with the existing, and future, portfolio of ESS headphone amplifiers as well as other audio building block technologies. Significant advancements over previous generations have been made to simplify the implementation of applications software, and debugging time has been significantly reduced to speed time to market and lower overall system costs. The new PRO series also enables designers to leverage a single software instruction across all eight of the internal DACs of the ES9028PRO and ES9026PRO, to eliminate time consuming individual implementations.
www.esstech.com
related items