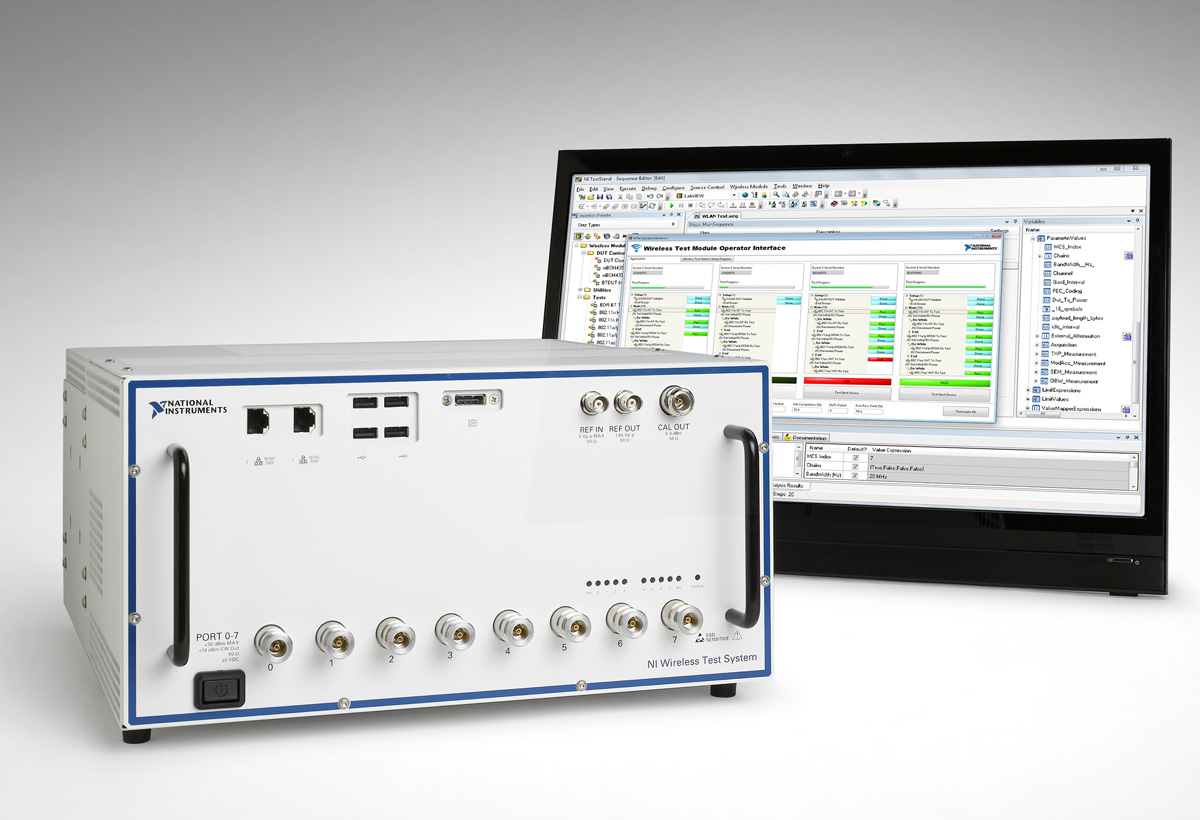 National Instruments (NI) recently released the Wireless Test System (WTS), a solution that dramatically lowers the cost of high-volume wireless manufacturing test. Although faced with the rising complexity of wireless test, companies can confidently reduce test costs and multiply throughput on the production floor with a system optimized for measurement speed and parallel test.

“Megatrends, such as the Internet of Things (IoT), will push more devices to include RF and sensor functionality, which has traditionally been expensive to test. But test cost shouldn’t limit innovation or the economic viability of a product,” says Olga Shapiro, program manager for measurement and instrumentation at Frost & Sullivan. “To remain profitable in the future, companies will need to rethink their approach for wireless test and embrace new paradigms. Because the WTS is built on the industry-proven PXI platform and backed with the market expertise of NI, we expect it to have significant impact on the profitability of the IoT.”

The WTS combines the latest advances in PXI hardware to offer a single platform for multi-standard, multi- DUT and multi-port testing. When used with flexible test sequencing software, such as the TestStand Wireless Test Module, manufacturers can significantly improve instrument utilization when testing multiple devices in parallel. The WTS integrates easily into a manufacturing line with ready-to-run test sequences for devices that use chipsets from suppliers like Qualcomm and Broadcom as well as integrated DUT and remote automation control. With these features, customers are seeing considerable efficiency gains from their RF test equipment and further reducing their cost of test.
“We tested multiple wireless technologies ranging from Bluetooth to Wi-Fi to GPS and cellular all with the same equipment using the NI Wireless Test System,” says Markus Krauss, from Harman/Becker Automotive Systems GmbH. “The WTS and NOFFZ’s RF test engineering expertise helped us significantly reduce test time and the time it took to get our test systems up and running.”

The WTS is the latest system from NI built on PXI hardware and LabVIEW and TestStand software (following the Semiconductor Test System, launched in 2014). With support for wireless standards from LTE Advanced to 802.11ac to Bluetooth Low Energy, the WTS is designed for manufacturing test of WLAN access points, cellular handsets, infotainment systems and other multi-standard devices that include cellular, wireless connectivity and navigation standards. Software-designed PXI vector signal transceiver technology inside the WTS delivers superior RF performance in the manufacturing test environment and a platform that can scale with the evolving requirements of RF test.

Combining the experience of NOFFZ’s and Harman’s engineering teams to create a scalable and reusable test station — based on the NI WTS — Harman was able to perform the combined or separated test of any kind of automotive RF or wireless module using different types of chipsets.
ni.com/wts
related items