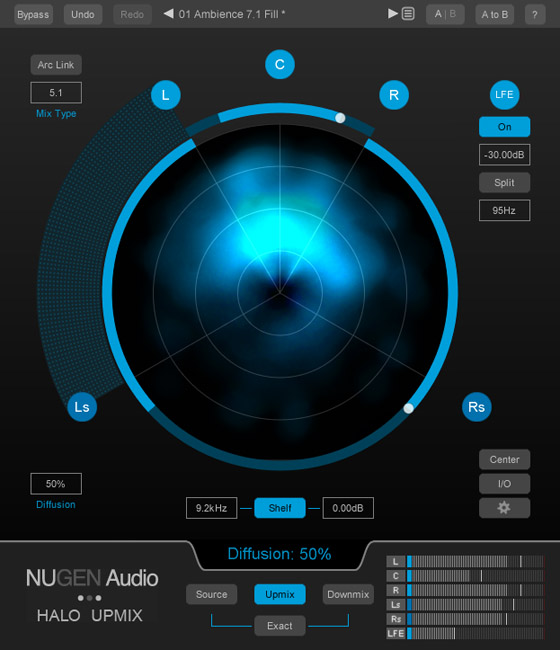 NUGEN Audio’s Halo Upmix is the first product based on the company’s proprietary new processes for upmixing stereo audio to 5.1/7.1 surround in television and film productions. Available in Avid AAX, VST, and AU formats, Halo Upmix automates the creation of a stereo-to-5.1/7.1 downmix-compatible upmix with unique center channel management, and spatial density controls. Also at IBC2015, NUGEN Audio will announce that several of its existing products will now support the Leq(m) loudness standard for theatrical trailer production.

Halo Upmix provides a new solution for upmixing stereo audio to surround 5.1 or 7.1 — an increasingly crucial requirement throughout the film and television production world and in the gaming industry. When there is no access to the original multitrack recording, performing a quality stereo-to-surround conversion can be a complex and difficult challenge. This is particularly true when downmix compatibility is critical; for instance, when consumer set-top boxes play out stereo downmixed from broadcast 5.1. 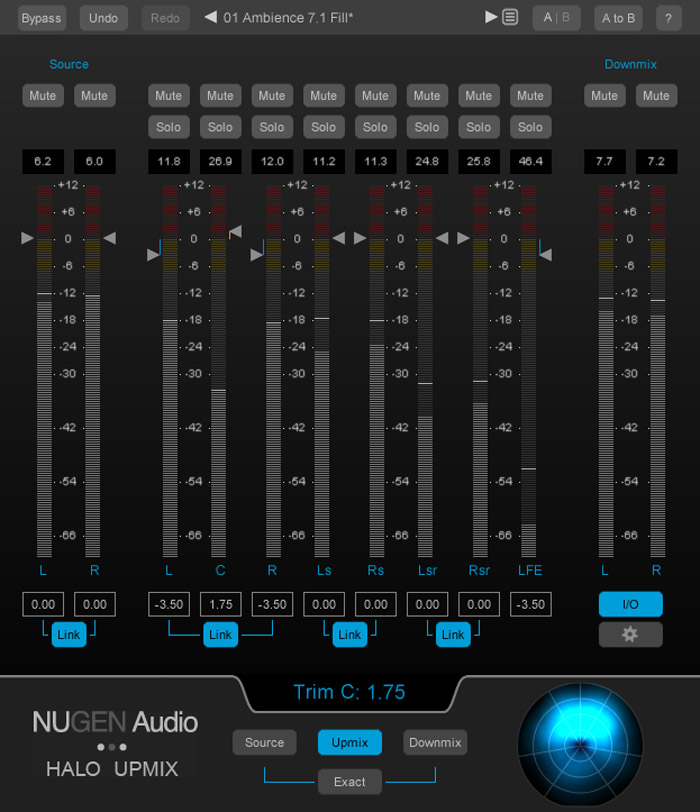 In addition, Halo Upmix performs powerful real-time analysis of the original stereo material by identifying and extracting locational cues. This enables the solution to extend the sound panorama naturally without introducing artificial reverberation, chorusing, or delay into the downmix. In this manner, operators can preserve the inherent character of the original source material when repurposing stereo for cinematic release. Halo Upmix is downmix-safe, providing coherent spatial sound to assure high-quality downmix performance for work in which correlation between original, upmixed, and downmixed versions is imperative, such as TV repurposing. Also, full control is available for all relative surround balances — up to 7.1 — for those applications that require a more immersive, “big cinematic sound” experience.

“Whether their goal is naturally extracted and expanded soundscapes or full cinematic big-stage enhancement, producers can tackle upmixing tasks easily and intuitively,” Schorah added. “Halo Upmix is another example of how NUGEN Audio is innovating solutions for a wide range of audio issues faced by today’s TV and film post-production professionals.”

Halo Upmix is now available directly from NUGEN Audio and through resellers at an estimated retail price of $499. A special introductory price of $449 will be available until Oct. 31.
www.nugenaudio.com
related items