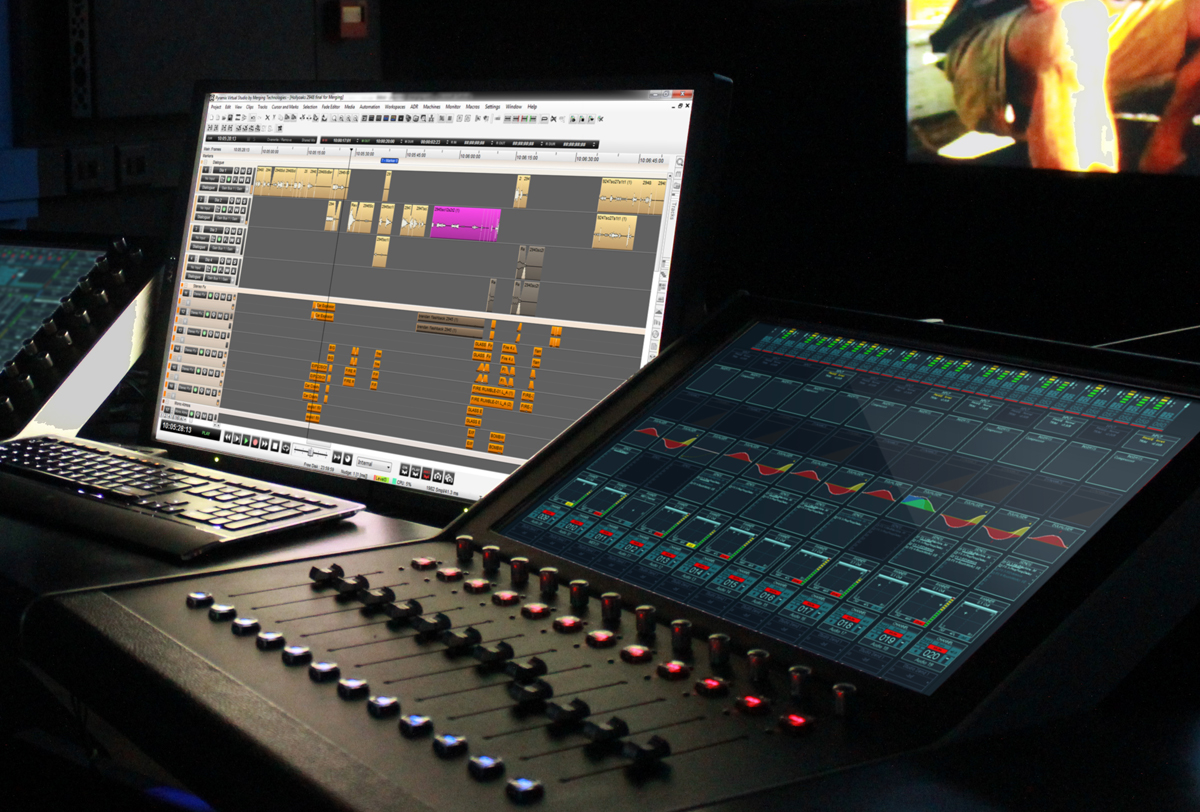 2015 has seen continued strong sales for Merging’s Networked Audio Interfaces in all vertical markets. In the broadcast sector, the increasing acceptance of Audio over IP and sales of its Ovation Audio & Event Sequencer have boosted sales of the company’s Horus and Hapi converters. The introduction of AES67 a year ago has provided interoperability between competing AoIP formats and has expanded the choice for the end-user.

Throughout 2015, Merging Technologies has also been demonstrating 3-D panning at major trade shows. This addresses post production for film and video using the various immersive sound formats but also the significant growth in live shows with multiple speaker arrays. Feedback gained from customers has been incorporated in the final release which is the first 64-bit only release for Windows 7, 8.1, and now, Windows 10.

The previous Pyramix release concentrated on a new mixer layout and numerous new recording and post features. Pyramix 10 builds on those changes with the new surround panning tool and makes sure that the extra power and speed of 64-bit operation does not compromise the reputation for rock-solid performance. 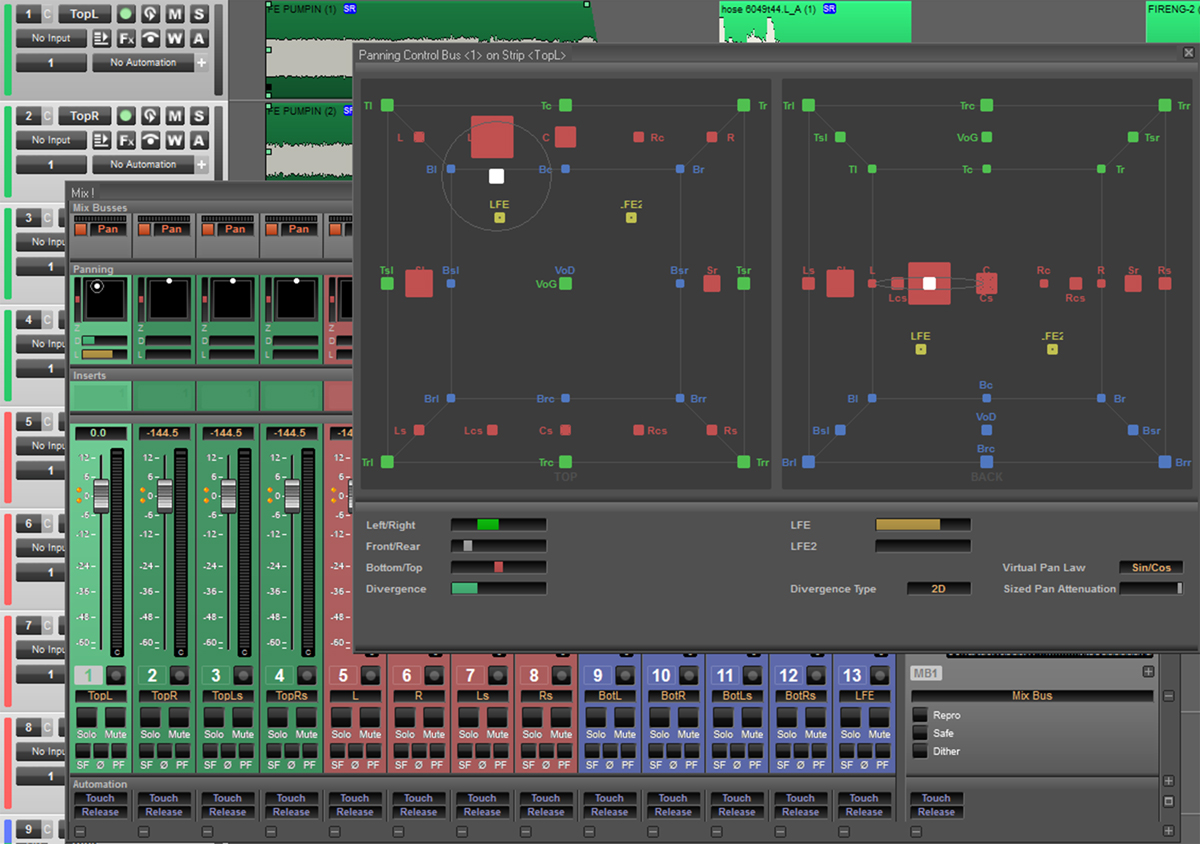 Among the main features on Pyramix 10, working with 3-D audio content is now easier than ever before. Pyramix 10 brings an entirely new toolkit for immersive audio which makes it the first DAW on the market to be able to natively mix and master to ANY speaker output layout. Anything from mono all the way to NHK 22.2 and far beyond is now possible without any additional plugins or tools.

Some of the 3D workflows supported in Pyramix 10 include presets for Auro 3D (9.1, 11.1, 13.1), Dolby Atmos (Object & 9.1 Channel Bus routing), DTS Neo:X,     NHK 22.2 and many more. Once the mix busses are configured, the user is able to explore the new Strip Panner to position sounds anywhere in the 3D space. By sending X/Y/Z positional information to each buss, the user is able to simultaneously control the panning to any number of busses at once… even if they have different speaker layouts!

Another major feature is the new Monitor Section, massively increased in size to handle not only all of the new channels and output mix busses, but also to create down-mixes to every other format. Along with the ever-present speaker controls for phase, mute, solo etc, Pyramix 10 now includes a complete 3-D mixing monitor companion.

For Pyramix 10, the Merging Technologies video engine has also been integrated inside the Pyramix application. This allows to import AAF, OMF, CMX EDL and FCP(7) XML directly to the timeline in their multi-layer state. Or simply drag and drop from the media manager, which now features a video preview window as well. Even if the user adds video of a frame rate different to that of the Pyramix timeline, the Merging Video Engine will add or remove frames when needed during playback to maintain a nominal playback speed regardless of what the frame rate mismatch is.

Depending of the configuration, its also possible to run as many tracks of video as required on the timeline and sum them into a video output based on a top layer concept. Its also possible to send various video tracks to up to 4 separate video outputs routable to floating windows or professional-grade IO from Blackmagic Designs.

The changes to Pyramix are sufficiently major to prompt the company to overhaul the software packs offered and to make a number of changes to the pricing structure. Apart from demonstrating Pyramix 10 at IBC 2015 (Amsterdam RAI 10-15, Netherlands) Merging Technologies will unveil new configuration packs at the event.

There is an expanded range of 64-bit VS3 (and VST) plug-ins available now including the recently announced Cedar for Pyramix 64, which is a major development from the original Cedar for Pyramix suite that has been available for more than 10 years. Cedar for Pyramix 64 offers the latest Cedar algorithms and user-interfaces but has sufficient familiarity with the prior version to be simple for operators to learn and derive maximum benefit from the new processes.

For Pyramix 10, Merging Technologies confirms that the industry acclaimed Flux Verb & Verb Session multichannel Reverb plug-ins will be included in a range of Pyramix software packs. These VS3 reverbs are the perfect match for Pyramix’s new 3-D capabilities.

Ovation 6 gets the same treatment and that allows any sound design done using the 3-D panning engine to be realised in a live environment. Being able to manipulate sounds between multiple speakers during live performance significantly enhances the audience experience, increasing the realism and excitement that is becoming a normal requirement of today’s productions.

Merging’s video server for post-production, VCube, now goes 4K and is offered in three packs and supports a range of video cards from Blackmagic Design for capture and playback. These cost efficient and high quality PCI Express cards and USB video interfaces significantly enhance the value offering throughout the VCube range that continues to be a firm favourite with the post-production community.

According to Chris Hollebone, Merging’s Marketing Director, “Hapi and Horus continue to prompt high praise from the customers in diverse market sectors. The majority of sales are with the Premium AD8DP and DA8P converters fitted but the ADA8 AD and DA combination board is also proving popular with an instant doubling of the quantity of analogue I/O available on the units. A staggering 48 in/48 out on Horus makes it the ideal stage box for many applications. For Hapi, this allows several exciting possibilities. 16 in/16 out or 8 in/8 out with MADI are the big sellers. Despite the extra component density, the performance of the AD and DA option card is virtually identical to the AD8 and DA8 components that are still in the range and can be “mix and matched” to form a huge range of I/O combinations.” 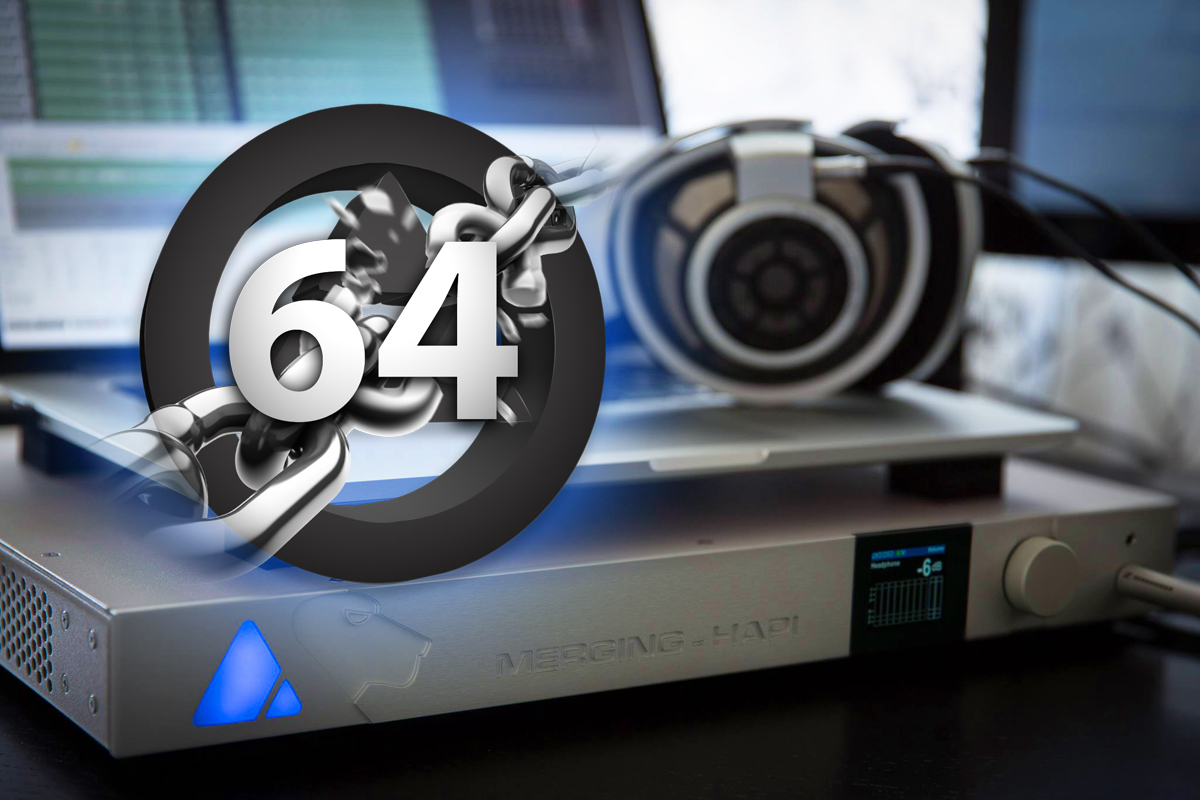 Able to work up to 192 kHz with better than 120-dB dynamic range, these Swiss designed high-end audio interfaces have the same exceptional transparency and headroom on the mic preamplifiers. Each ADA8 board comes equipped on the input stage with Mic/Line input selection, Phantom power, LPF and phase invert. The output stage is also equipped as the DA8 card is, with a Dip switch controlled line up level up to +24 dBu and a digitally controlled output trim.  All parameters can be controlled from the front panel or remotely via the RAVENNA LAN connection.

“The ability to control all of the Networked Audio range via a simple web browser means that stand alone operation is a breeze. To connect to any DAW, the addition of CoreAudio and ASIO drivers mean this level of quality is also available for any number of software programs.”, adds Chris Hollebone.
www.merging.com
related items