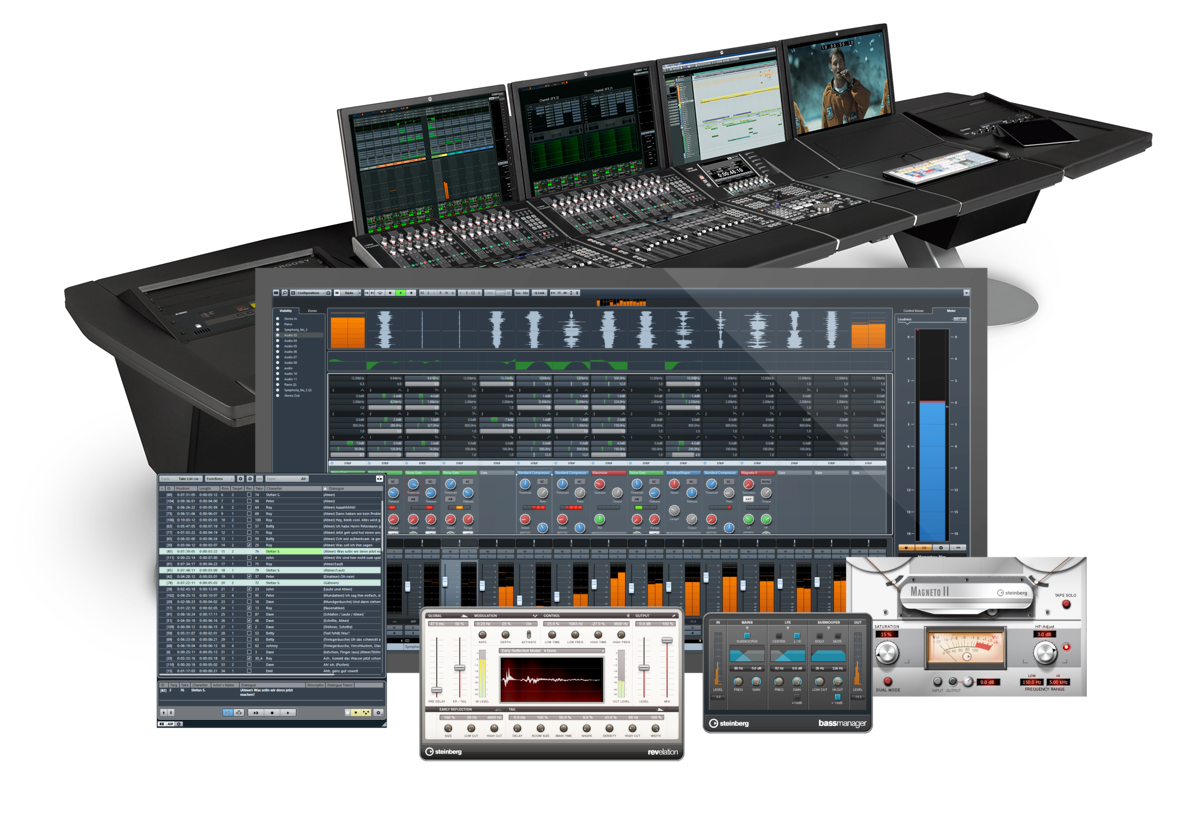 A key aspect is the updated and improved Automatic Dialogue Replacement (ADR) functionality. Nuendo’s ADR Taker system has been extended to make vocal and foley recording even faster and more convenient. This includes a new Free mode, which allows the operator to start recording and let the speaker perform multiple scenes in one go. The start point of recordings can be set within a longer scene, while switching between rehearse and record processes can be done spontaneously.

Also added are the ability to record several takes successively in one batch, with automated audio file naming for each recording; the ability to review and edit speaker texts in stop mode; improved renaming functions in the ADR marker window and a new ADR Status indicator for instant visual referral by the performer. Free mode also enhances foley recording by delivering a much more efficient workflow, allowing users to easily manage sessions in a similar way to ADR.

Nuage Version 1.5 software fully supports all of the ADR enhancements in Nuendo 6.5, including adding all relevant controls for Free mode and ADR Status indicator on/off.
Further control enhancements for Nuage include a new Quick Control function added to the Nuage Master unit, allowing specified parameters to be assigned to the multifunction display. Another addition to the Nuage Master unit is the ability to instantly access a vast range of VST instruments from the display and controls. A super-fine mode is also added to the multifunction knobs, providing as much as 512 times finer parameter control than previously.

A further major enhancement for the Nuage Master and Fader control surfaces is the ability to remotely control the head amplifiers in Yamaha’s R-series i/o units. As well as providing a broader selection of i/o options for Nuage systems, it will also allow CL and QL series digital mixing console inputs to be shared via a Dante network, providing significant system expansion options.