Lyrus Audio Designs announced that it will launch two new high-end planar magnetic headphones at the 2015 Munich High End Show, May 14-17. The introduction will signal an entry in full force into the high-end headphone market from this newly formed company from Boulder, CO. 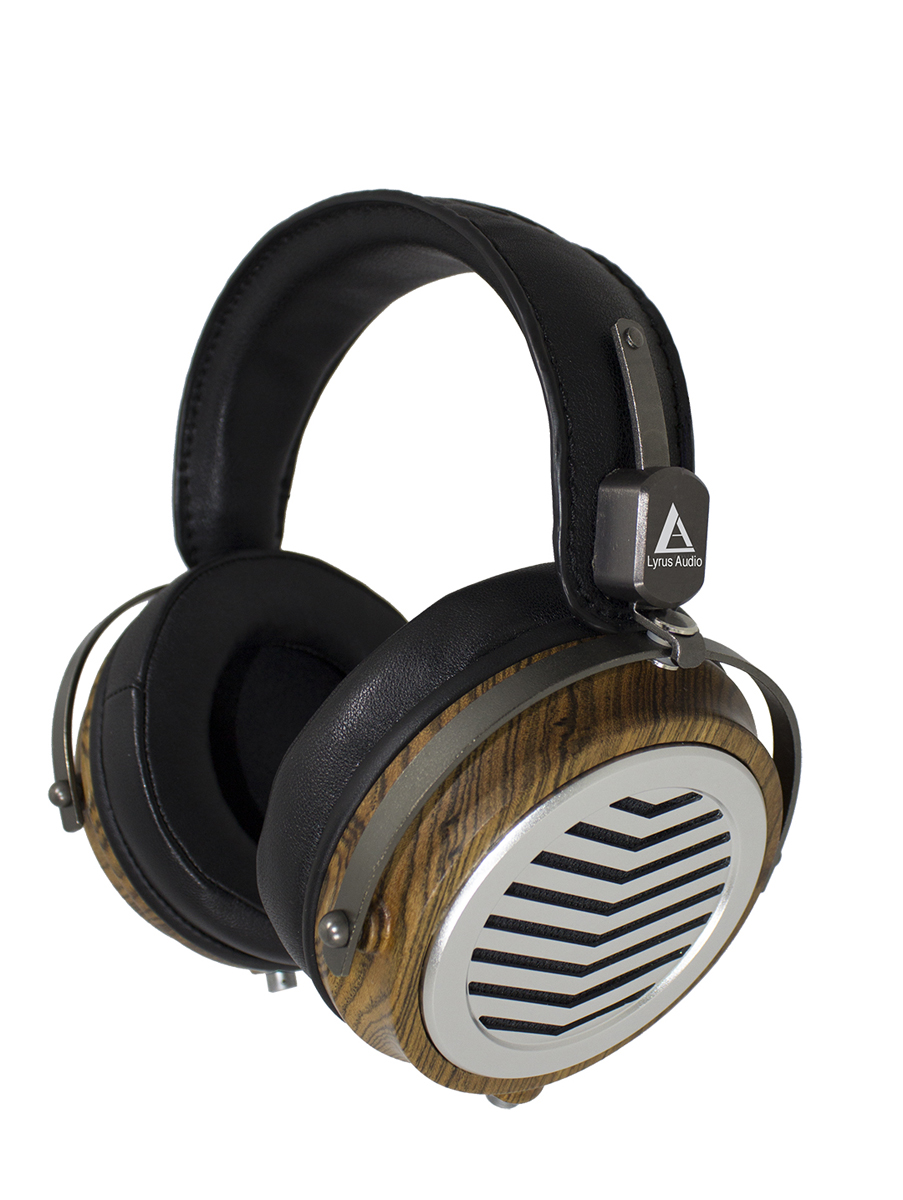 The company’s top-of-the-line offering, the Lyrus Audio Model Nine, features the industry’s largest planar diaphragm at 90 mm (78.5 cm2). It utilizes gold conductive traces on an ultra-thin planar membrane, described by the company as “a combination of pristine sound quality, flawless mechanical execution, beauty, and comfort.” The Model Six possesses virtually identical execution and technology, but with an 80 mm (63.59 cm2) diaphragm and silver conductive traces on its planar membrane. In an industry where 50 mm has defined the upper limit in planar diaphragm size, Lyrus Audio claims that with these two new models it has broken the mold.

Both models are fully balanced planar magnetic designs utilizing a patent pending charging process called Super Charged Neodymium (SCN) for raw neodymium which results in significantly higher flux per weight than off-the-shelf magnets. These super-charged magnets are then mounted on both sides of the diaphragm in a true push-pull balanced arrangement. This is unlike what the company describes as the inherently nonlinear use of magnets on only one side of the diaphragm, as it claims is prevalent in planar magnetic headphone design.

Ducted port tuning (DPT) is used in both the Model Nine and Model Six for bass loading. This is an industry first in planar magnetic design, and more reminiscent of high-end loudspeaker design than that of a headphone. Utilizing Thiele-Small parameters to calculate proper bass loading, low end reinforcement and bass extension, according to the company, are absolutely unrivaled.

As a final statement of quality, each headphone is given a serial number and supplied with an individual measurement sheet, signed and dated by the inspection technician. Model Nine will cost $1,890, the Model Six will cost $1,290; and both are scheduled for availability in July 2015.

About Lyrus Audio Designs
Lyrus Audio is an international company with bases of operation in Frankfurt, CO, and Hong Kong. With over six decades of collective high-end audio design, marketing, and technical experience, its principals have come together to develop a new company from ground up that is according to company spokesmen, “dedicated to innovation, to advancing the art of headphone design, and to applying new understandings to an area that has been dominated more by dark art than science. Our mission from the beginning was to develop products that can recreate a musical event with more of a sense of being there—more of an out of body experience—than ever before possible in listening to recorded music.”
The company website is still not online.
related items