At the InfoComm 2014 Show in Las Vegas, there were several audio network related announcements, from speakers to microphones and obviously amplifiers. Lab.gruppen introduced its new D Series, leveraging its Lake processing technology in a Dante solution, as well as a new partnership with Biamp Systems equipped with AVB connectivity.
With an enviable pedigree in the world of high-performance amplification for more than 30 years, Lab.gruppen plans to continue its proud tradition of cutting-edge innovations with the unveiling of D Series. The D Series is a new flagship install-dedicated four-channel DSP amplifier platform, which debuted at InfoComm 2014 in Las Vegas, NV, and will be available for shipping mid-summer 2014.

According to Lab.gruppen, “D Series represents the most advanced and capable install-dedicated platform ever conceived by Lab.gruppen,” drawing on experiences and new technologies developed recently, such as the company’s flagship high-end touring PLM 20000Q solution. Delivering what Lab.gruppen engineers describe as an amplifier platform that offers “genuinely open interoperability.” It is a product that can seamlessly integrate with a wide range of digital audio and control protocols. The D Series is available in two distinct variants—one featuring Lake processing technology and the other featuring the Tesira platform by Biamp Systems. Each variant offers unique capabilities and advantages.

The Lake D Series variant offers the proven package of Lake Processing DSP with analog, Audio Engineering Society (AES) and a dual-redundant Dante network solution; supported by the development of new custom software to provide extensive integration potential with most key systems manufacturers. With the Tesira variant of D Series, comes a potent new collaboration between Lab.gruppen and Biamp Systems. This has resulted in dedicated models equipped with Tesira DSP, with AVB audio and control, to offer unheralded amplifier and DSP platform integration, designed to ensure seamless interoperability between respective systems.

Available in three power configurations—8,000 W, 12,000 W, and 20,000 W total power output—they are each available in either variant. D Series also heralds the debut of Lab.gruppen’s Rational Power Management (RPM) technology, enabling power allocation across all channels, which is in line with recent approaches developed by QSC Audio and Harman’s Crown.

Lab.gruppen’s RPM approach is slightly different, since it enables each model to deliver up to 5,000 W output on any single channel, even on the lower power models, leaving the remaining available power to be freely allocated to the other channels. This enables each channel being tailored to the precise requirement of the load, rationalizing the system to achieve most efficient use of the total amplifier inventory. 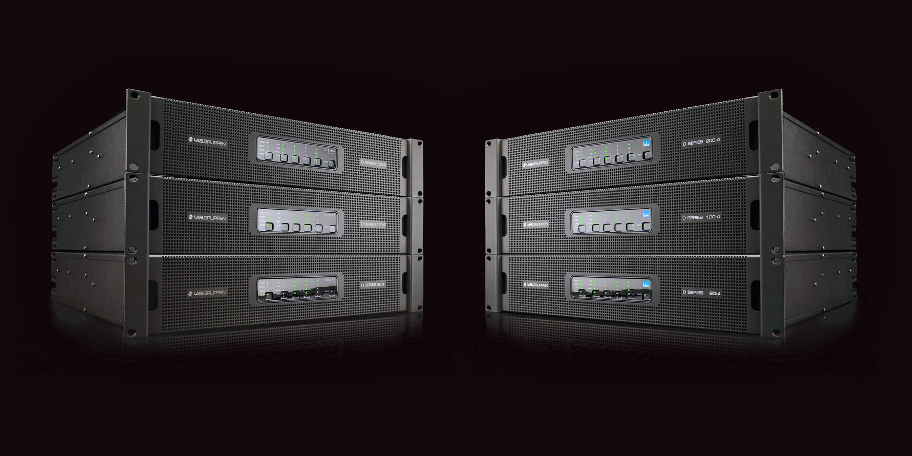 The D Series units function as a discrete high-power output device in the Tesira environment, with multichannel audio inputs, control and monitoring all carried over a single Cat-5e/6 network cable. This enables comprehensive amplifier surveillance, full functionality as Tesira expander devices with integration of amplifier configuration and surveillance and total exchange of platform indicators for Alarm, Activity, Status, and Power, as well as per-channel indicators for Load, Amp, Signal, and Mute.

“The D Series Tesira variants are the highly impressive result of our unique collaboration with Lab.gruppen, bringing the best DSP platform together with the best amplifier range to provide an industry-leading integrated solution,” says Graeme Harrison, Executive Vice President of Marketing, Biamp Systems. “It is a true example of our commitment to develop solutions that can meet the needs of an evolving industry.”
http://labgruppen.com
http://www.integrationsuperpower.com
http://www.biamp.com
related items