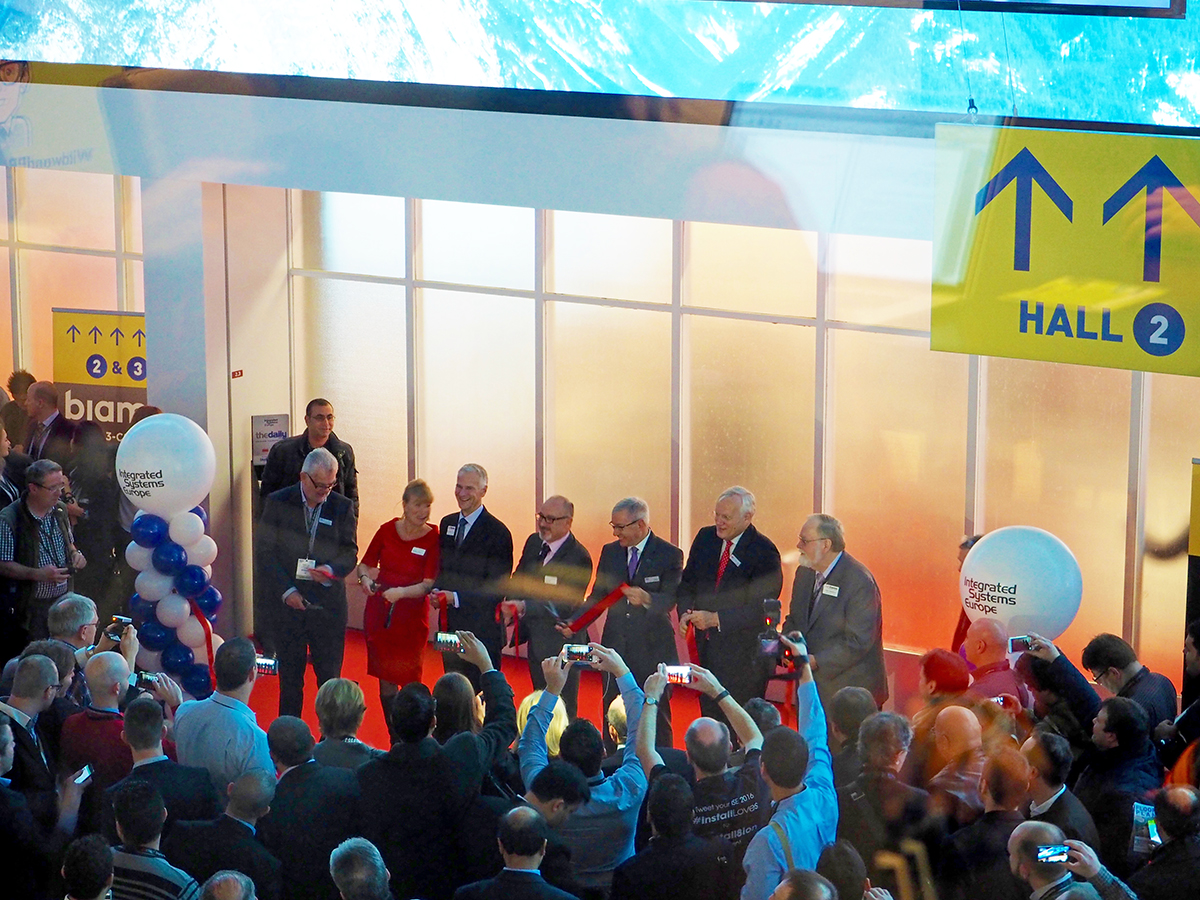 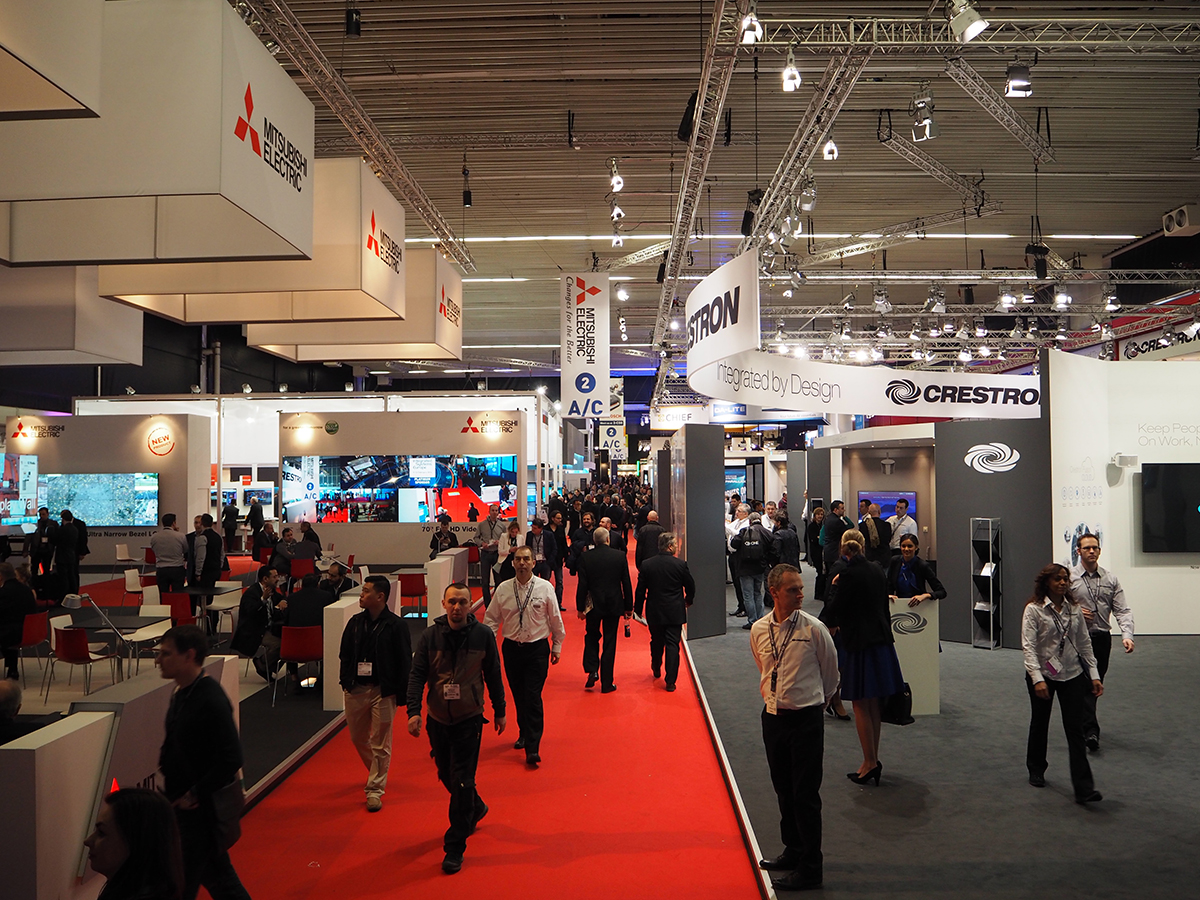 “The volume of attendee traffic and its spread over the four days confirms our belief that the extra day was necessary and that it adds value for visitors and exhibitors,” stated Integrated Systems Events Managing Director, Mike Blackman. “I’m delighted to say that the feedback has been overwhelmingly positive and I would like to thank everyone who attended and contributed.”

With 1,103 of the world’s leading AV manufacturers and service companies filling the RAI’s exhibitions halls, visitors had a unique opportunity to view the latest products and technologies. Members of the press from 40 different countries reported on the hundreds of product launches and updates announced at the show. ISE 2016 also saw the first four-day ISE Daily newspaper and the launch of ISEshow.TV.

ISE´s co-owners, CEDIA and InfoComm International, both reported their huge satisfaction with ISE 2016 and with the high levels of interest from attendees in their onsite educational programs. These sessions attracted record attendance numbers.

David Labuskes, Executive Director and CEO, InfoComm International, said: “Yet again I can say how proud we are to be associated with ISE and the unique position it holds today.”  He continued: “Our InfoComm Conferences, MasterClasses and FlashTrack education sessions drew excellent delegate numbers and offered ISE attendees an opportunity to experience a little of what InfoComm International can offer.”

CEDIA CEO, Vincent Bruno, was equally upbeat about ISE 2016 and with the contributions his trade association made to its success. “This year’s exhibition confirmed ISE’s importance for manufacturers and integrators for the home. It is simply a ‘must attend’ event,” he said. “We were delighted with the response to our training sessions and to the 15 presentations we contributed in the Residential Solutions Theatre. Plus, we’ve had many companies sign up for CEDIA membership.” 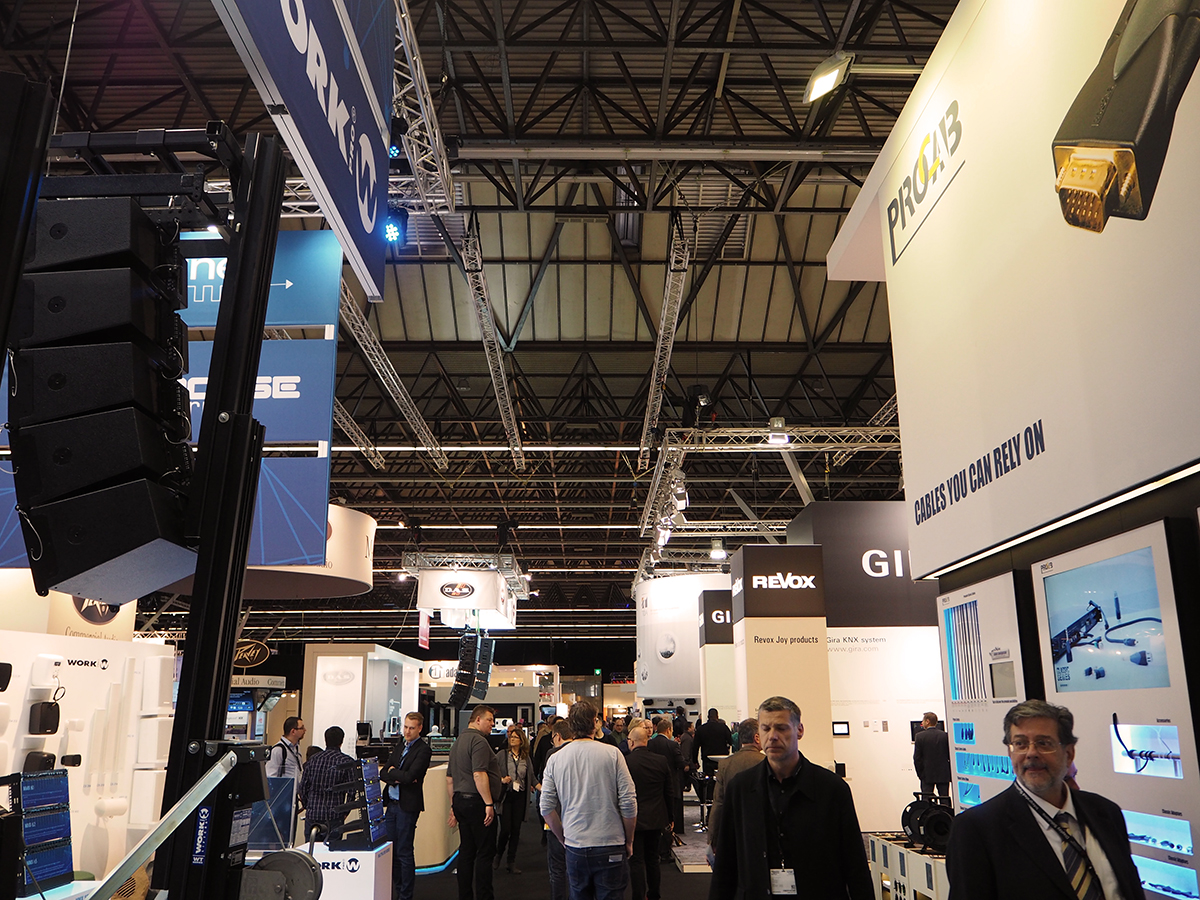 The four ISE Show Floor Theaters, dedicated to covering Residential, Commercial, Unified Communications and Audio Solutions, attracted over 3,000 visitors to over 150 technology and case study presentations given by manufacturers, consultants and end-users. A highlight of the Commercial Solutions Theatre was three sessions, curated each day, by the Digital Signage Summit. These included presentations from invidis consulting, Google, Onelan, Grassfish and Benetton.

ISE 2016 also contained the busiest and most comprehensive event program produced at its 13 editions. On the day before the show officially opened, the pre-show events Smart Building Conference and Audio Forum drew record delegate numbers. The Opening Panel Discussion saw over 400 people pack the RAI Forum to hear Wired UK Editor-in-Chief, David Rowan, moderate a panel discussion on the IoT and the rapid “sensorization” of buildings, with contributions from senior representatives from CDEC, Harman, Google, Context and NEC.

Over the four days of ISE 2016 that followed, attendees were able to participate in a wide range of events which included: the InAVate Awards; two conferences that covered sports venue technology and capital investment in the AV business; four ‘off-site’ tech tours to view state-of-the-art AV installations; a new Drone Arena; a Dolby Atmos Immersive Theatre; four Audio Demo Rooms and many hosted buyer sessions.

There were also numerous visitor and exhibitor initiatives that ran as part of ISE’s designated FRDY@ISE program. This was designed to ensure that the new fourth day of this year’s exhibition offered a unique and rewarding experience for attendees. In addition to manufacturers hosting their own meetings and networking events on Friday 12 February, ISE organized a ‘Meet the CEO’ initiative to connect visitors with senior exhibitor executives; a manufacturer to distributor (M2D) business networking reception and an AV/IT Seminar Programme.

An undoubted highlight of the final day was the early-morning Closing Keynote given by Dr Michio Kaku, the leading physicist and futurist. He spoke to over 700 attendees and presented an exciting vision of a technological future, where the Internet is ‘everywhere and nowhere’ and artificial intelligence is woven into every aspect of our lives.

Looking ahead to 2017, exhibitor and stand re-bookings for next year’s show are at 47,131 square meters of sold space. This represents 102% of the total space sold for the 2016 edition and 95% of the total space available for 2017. The addition of a new hall in 2017 will coincide with a new hall numbering system, which will be introduced into the RAI.

The next Integrated Systems Europe will take place from 7-10 February 2017.
www.iseurope.org
related items