The Hill Acoustics Tetrahedral Test Chamber (TTC) produces consistently accurate results when measuring loudspeakers. Voice Coil received a unit for testing and details the main features and benefits of this solution intended to remove environment and measurement geometry inconsistencies. The new test chambers support loudspeaker measurements to the new international standard IEC60268-21. This article was originally published in Voice Coil, November 2014.
According the Hill Acoustics, much time goes into measuring loudspeakers only for the customer to repeat the same measurements, as they cannot always trust the data received from the suppliers.

This is not due to the equipment as hardware, software, and microphones are not significant sources of errors. Rather, Geoff Hill believes that it is the lack of consistent environment and measurement geometry that is the reason for the inconsistencies. There are standards for making loudspeaker measurements from the International Electrotechnical Commission (IEC) and the Japanese Industrial Standards (JIS). Unfortunately, both of these standards are relatively old and do not really suit the ways modern loudspeaker drivers are produced or tested. For this reason, Hill Acoustics has developed the Tetrahedral Test Chamber (TTC), a mini anechoic chamber that produces consistently accurate results.

The TTC eliminates standing waves and utilizes acoustic foam to eliminate any remaining high-frequency issues. It’s acoustically stable, structurally strong, and robust design ensures that measurements are made in exactly the same way each and every time. The simple freely interchangeable measurement baffles ensure consistently repeatable and reliable measurements are quickly and easily made, without requiring high skill levels.

Accurate careful set up of the measurement microphone together with tight dimensional control and individual chamber calibration ensure the highest accuracy and repeatable results. Hill Acoustics produced an e-Brief titled “Consistently Stable Loudspeaker Measurements using a Tetrahedral Enclosure,” that explains the process. It was presented at the 135th International Audio Engineering Society (AES) Convention. However, the White Paper is even more illuminating.

The White Paper, titled “Measurements on a SEAS H1207 Bass/MidDriver: Comparison of results between an IEC Baffle and a Small Tetrahedral Test Chamber,” compares the measurements of a SEAS H1207 (L12RCY/P) 4.5” woofer performed on an IEC baffle in the SEAS anechoic chamber (see Photo 1) with the results using the Hill Acoustics TTC 350 chamber (see Photo 2). The White Paper details the process of developing the correction curve used with the TTC 350 mini chamber. 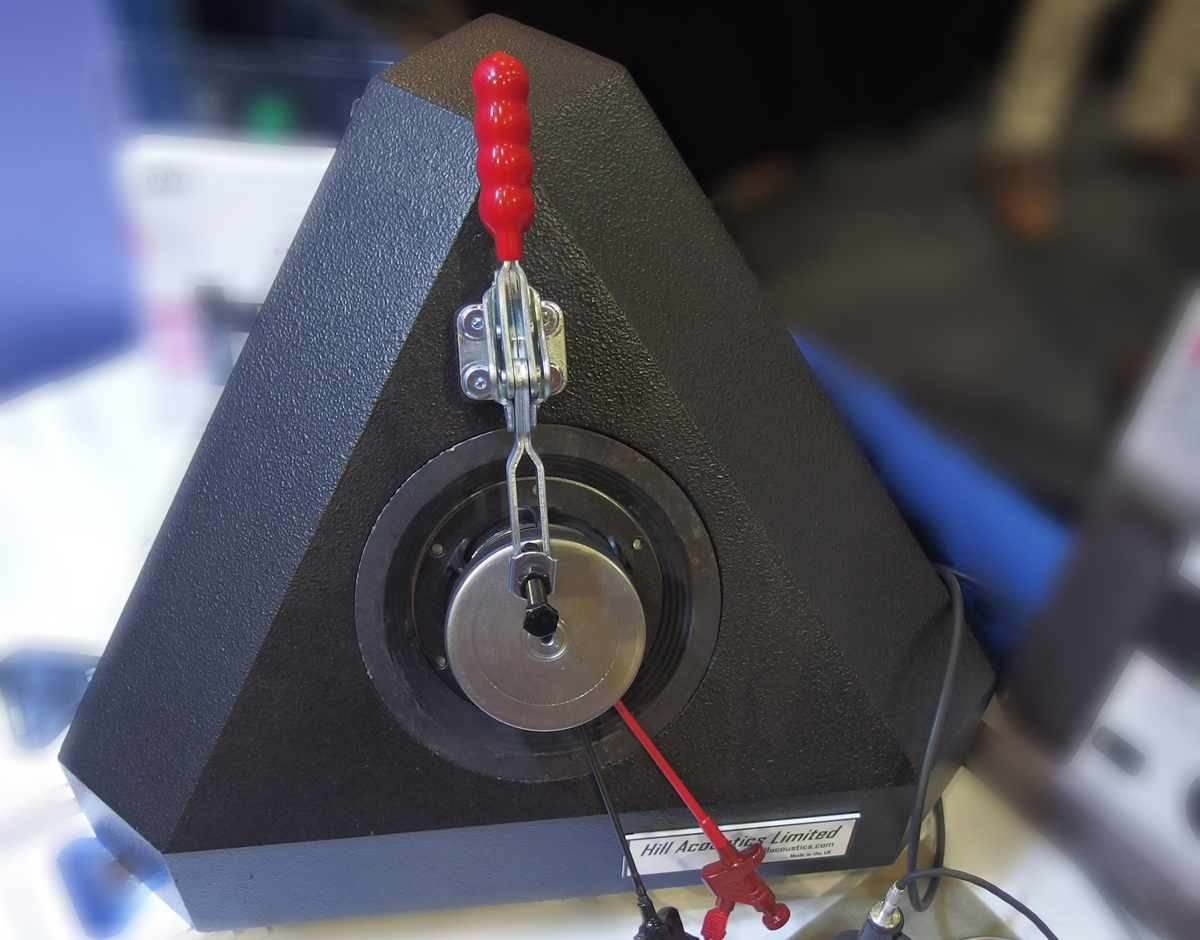