We have a policy not to publish news items just for the fact that products have been nominated for the NAMM TEC Awards or other awards. Not that they have merit or deserve the recognition, but because it doesn’t add anything to the information already published. We make an exception for Hafler’s HA75 Tube Head, because it’s good to know it’s getting some attention.
Hafler (now a division of Radial Engineering Ltd.) announced the HA75 Tube Head headphone amplifier is nominated for the upcoming 31st Annual NAMM Technical Excellence & Creativity Awards under the category of Amplification Hardware - Studio and Sound Reinforcement. Launched in 2015, after some work on the original design introduced at the 137th AES convention in Los Angeles, the headphone amplifier is getting some deserved recognition. 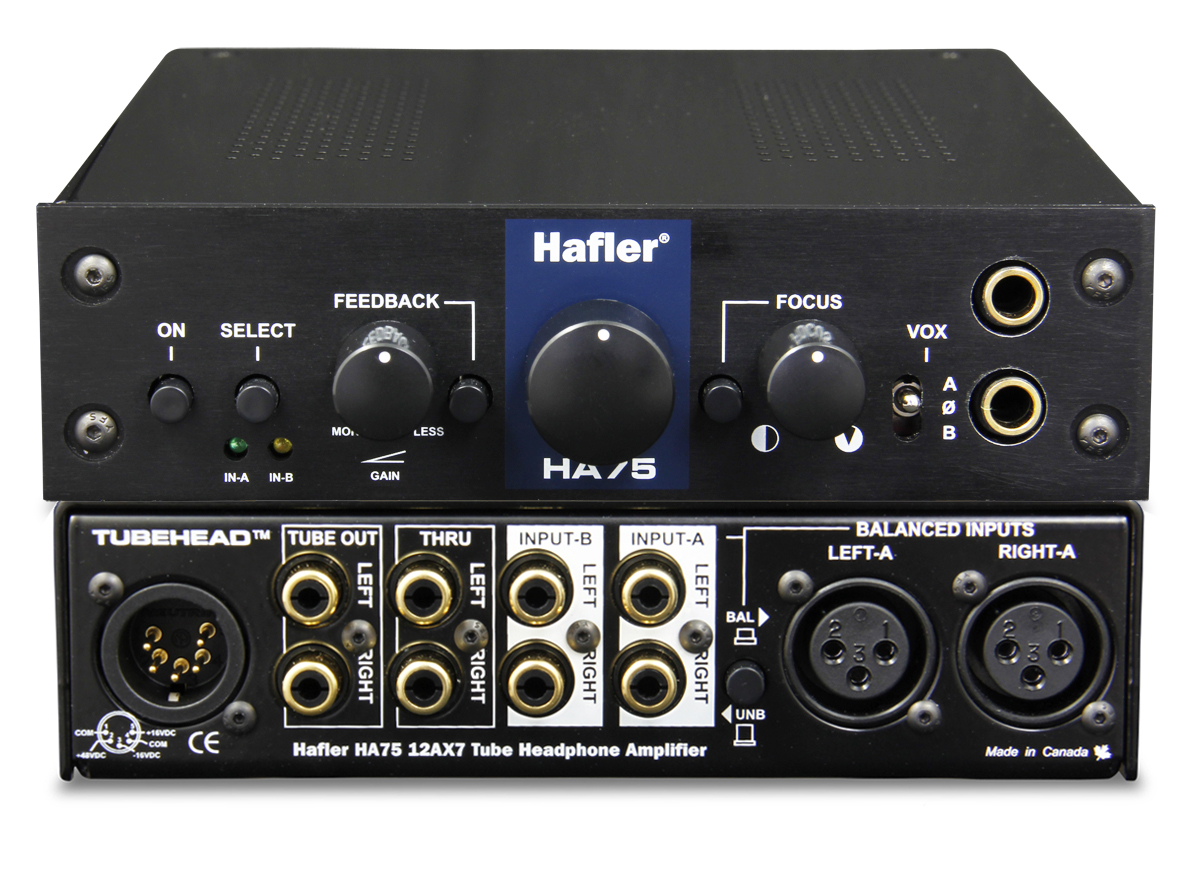 Radial President Peter Janis: “Since acquiring the Hafler brand in 2014, we’ve been developing a new generation of ‘vintage inspired’ products to introduce to the market and it’s a special honor to have one of the first of these products up for this prestigious award. The HA75 comes out at just the right time with just about everyone employing headphones to work on their mix. It’s a 12AX7 tube headphone amplifier with natural warmth and pleasing second order harmonics for hours of use without fatigue. It’s ideal for late night mixing. It also features a unique focus control that replicates listening to loudspeakers in a room.”

“We’ve had reports back from several engineers that have integrated the HA75 into their work flow: Dave Stewart (The Eurythmics), Alan Parsons (Beatles, Pink Floyd), Chuck Ainlay (Mark Knopfler), Jimmy Douglass (Pharrell Williams) and Dave Rideau (Janet Jackson) are just a few who are working with the HA75. It has also struck a chord with some of the top mastering engineers including Eric Boulanger (Imagine Dragons), and Tom Coyne (Adele).”

Proudly made in North America, the Hafler HA75 has been meticulously designed to produce Hafler’s legendary sound quality with sufficient gain to power any type of headphone. The design begins with a heavy steel casing to shield the low level signals from external magnetic fields and RF contamination. A black anodized aluminum front panel adds esthetic appeal. A choice of balanced nickel-silver XLRs and unbalanced gold-plated RCA inputs are employed that will not tarnish over time. Inside, a class-A head-amp combines with a 12AX7 tube stage to power the headphones. This employs a unique non-radiating charge pump that applies 140 volts to the tube to maximize headroom and delivers the character and warmth that so many listeners prefer over solid state counterparts. The output is further optimized to handle all types of headphone impedances from 8 Ohms to 400 Ohms. The HA75 delivers the warmth and character that has made the Hafler pedigree one of the most revered in the history of high fidelity listening.

More information on the Hafler HA75 Tube Head Headphone Amplifier is available on the Hafler website (including some great material about the brand’s history and David Hafler's heritage). We particularly liked the FAQ section on that website, explaining a few of the design decisions for the HA75, such as, “why is there no digital input on the HA75?” and “why an external power supply?”.

According to Hafler, “today, there are many choices when it comes to DACs (digital to analog converters) and since most audiophiles have a preference, we felt that they would likely already have one that they like. The other issue is constantly changing standards. A good headphone amp with traditional analog inputs will never go out of style.” Regarding the external power supplies, they explain that this enables manufacturers “to ship the same product around the globe without having to pay costly safety certificates. This makes the product more affordable for the end user. Further, power supplies tend to be the part of the circuit that is most subject to fail. This makes servicing easy. Finally, power supplies generate a ton of noise. This is particularly troublesome in small boxes. So removing the power supply lowers the noise floor.”
www.hafler.com
related items