Game Audio Track sessions at the 137th AES Convention in Los Angeles will take a practical approach, looking at key topics including career development, dynamic content and mixing, as well as audio for mobile gaming and much more. Acclaimed game audio director and composer Marty O'Donnell to deliver the Heyser Lecture at the Convention.
The 137th Audio Engineering Society Convention (October 9-12, 2014, at the Los Angeles Convention Center in downtown Los Angeles) is set to feature a comprehensive set of Game Audio Track programs and events focusing on audio trends and issues in the gaming industry. Game Audio Track Chairman Steve Martz has assembled a compelling and highly inclusive series of panels, sessions and presentations that address the many dimensions of this complex sector of professional audio, this year with a particular emphasis on the practical aspects of the industry. 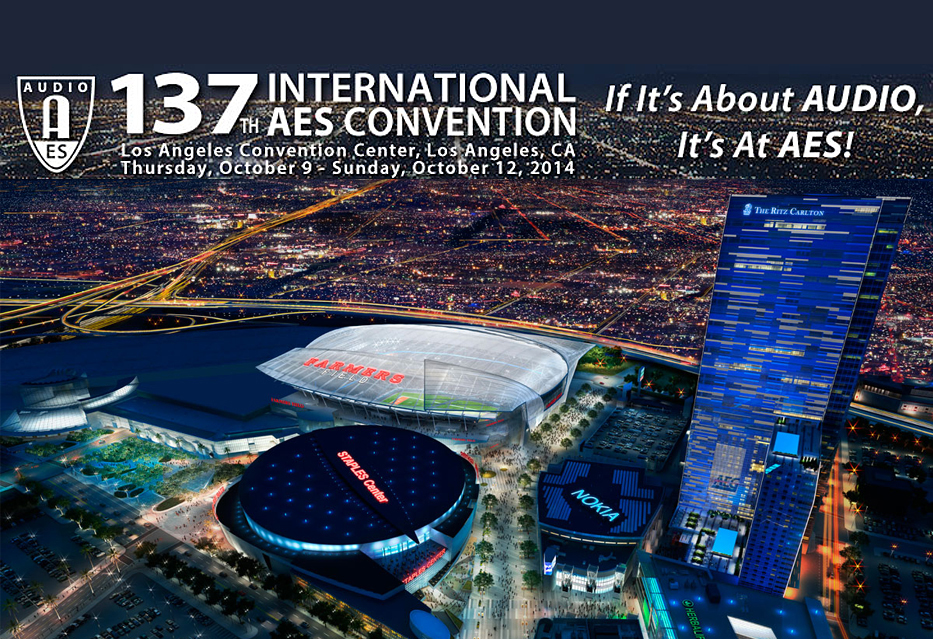 Additionally, Marty O'Donnell, award-winning audio director and composer for Halo and other hits, has also been chosen to give this year’s Heyser Memorial Lecture, entitled “The Ear Doesn’t Blink: Creating Culture With Adaptive Audio.”

Other sessions will include “Effective Interactive Music Systems: The Nuts and Bolts of Dynamic Musical Content” (led by Winifred Phillips, Composer, Generations Productions LLC), which will examine key aspects of assembling game audio, from horizontal resequencing and vertical layering techniques for the interactive implementation of music recordings, to MIDI and generative systems for the manipulation of music data.

The session “Dynamic Mixing for Games” (led by Simon Ashby, VP Product Strategy and Co-founder at Audiokinetic), will look comprehensively at the challenges of mixing game audio, including performance constraints and the non-linear event based triggering of in-game sounds – using real-game practical audio examples. This session will demonstrate the many positive benefits that dynamic audio mixing can have on modern sound design.

“Yes, your mobile game can have awesome audio!”, led by Stephan Schütze; Audio Director Sound Librarian- Melbourne, Australia, will look at the wide range of tools available that, when utilized properly, support the creation of dynamic, high quality audio for nearly every platform available.

The Game Audio Track will also include an entire career development session: “Game Audio Careers 101 - How to jump start your career,” and a session on the state of game audio education that will bring together entrepreneurs from some of the top private instructional institutions to discuss the latest educational models and best practices in audio for interactive game media. Attendees will get a fantastic overview of what is being offered inside and outside of the traditional education system through the “Next Gen-Game Audio Education” session, chaired by Steve Horowitz (Co-Founder, Game Audio Institute, and Audio Director, Nickelodeon Digital), who is also leading the “Game Audio Careers 101” panel. This will be a must for students and teachers alike.

“Attendees to this year’s Game Audio Track will find some very different and very compelling content,” observes Martz. “We’ve strived to include some very practical sessions, ones that will provide career and learning guidance, in addition to the kind of in-depth technical sessions this Track has become known for.”
“Overall, this is going to be a fantastic Game Audio Track,” says Martz. “It takes place at a time when the game industry is undergoing change, when mobile is becoming the new frontier in game platforms and audio is taking on a more significant role in games than ever. We’ve addressed all of that and more in this year’s agenda. This could be our best game audio track yet!”

The AES convention’s Heyser lecture, scheduled to take place on Friday, October 10, at 7 p.m., is served by an endowment that each year brings eminent individuals in audio engineering and related fields to speak on an interesting topic, is often a highlight of the show; past lecturers have included Ray Dolby, Ray Kurzweil, Walter Murch, George Massenburg and Phil Ramone. 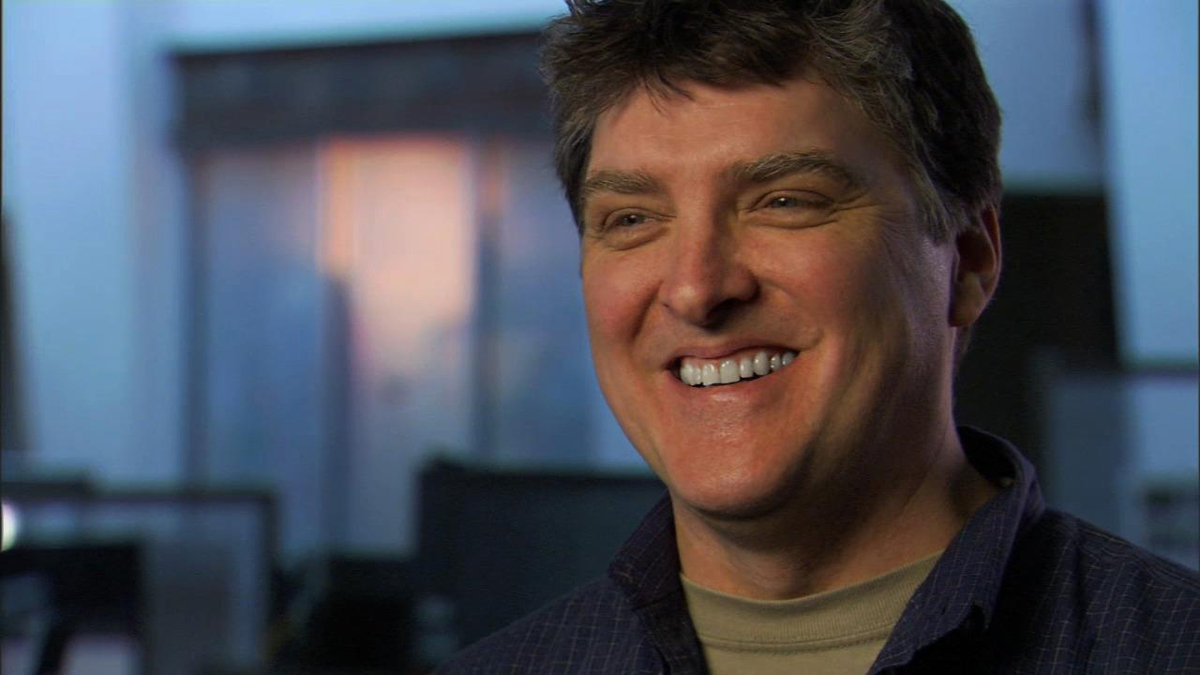 O’Donnell’s lecture, titled “The Ear Doesn’t Blink: Creating Culture With Adaptive Audio” will draw on his unique perspective from years working in film and commercial music, including developing the audio for Halo, the biggest-selling game soundtrack of all time, as well as the long-awaited title, Destiny, in which he involved the likes of Sir Paul McCartney to create the soundtrack for this much-anticipated game, slated to hit shelves on September 9th, 2014.

O’Donnell, who received a Bachelor of Music Composition from Wheaton College Conservatory and a Masters of Music Composition from USC, started an original music and audio production company with Michael Salvatori in the 1980s. From their studio in Chicago, O’Donnell and Salvatori wrote and produced music and audio for hundreds of TV and radio commercials, as well as movie scores. In 1997, they began working on games and did the audio design for Cyan’s Riven: The Sequel to Myst, and all the music and audio for Bungie’s Myth: The Fallen Lords. Marty joined Bungie as full-time Audio Director in May of 2000, ten days before they were purchased by Microsoft, and subsequently wrote and produced award-winning music and audio for the Halo series.

In 2007 he helped establish Bungie as an independent game company and built an audio team to work on the upcoming game Destiny. Recently, in collaboration with Salvatori and Sir Paul McCartney, he completed an orchestral/choral suite titled Music of the Spheres. In April of 2014, he started his own company, Marty O’Donnell Music. Throughout all of these endeavors, he’s brought a unique perspective to audio in a wide range of media, something that he’ll share with attendees at the lecture.
O’Donnell notes, “Advances in audio production technology have sparked amazing creative responses from audio artists, musicians, and composers. Music and audio can enhance the experience of a consumer in ways that were almost unimaginable thirty years ago. It’s been an incredible personal creative journey.”

AES Executive Director Bob Moses states, “The annual Heyser Lecture is one of the highlight events of the convention, showcasing a world leader sharing his unique perspective in the field of audio. With the importance of Game Audio in today’s A/V food chain, Marty O’Donnell’s talk will surely inspire people to step up their game. This is a can’t-miss event!”

The Richard C. Heyser Memorial Lecture series was established in May 1999 by the AES Technical Council, the Board of Governors and the Richard Heyser Scholarship Fund to honor the extensive contribution to the Society by Heyser, widely known for his ability to communicate new and complex technical ideas with great clarity and patience. The Heyser Series is an endowment for lectures that bring to AES conventions eminent individuals in audio engineering and related fields.
www.aes.org/events/137/