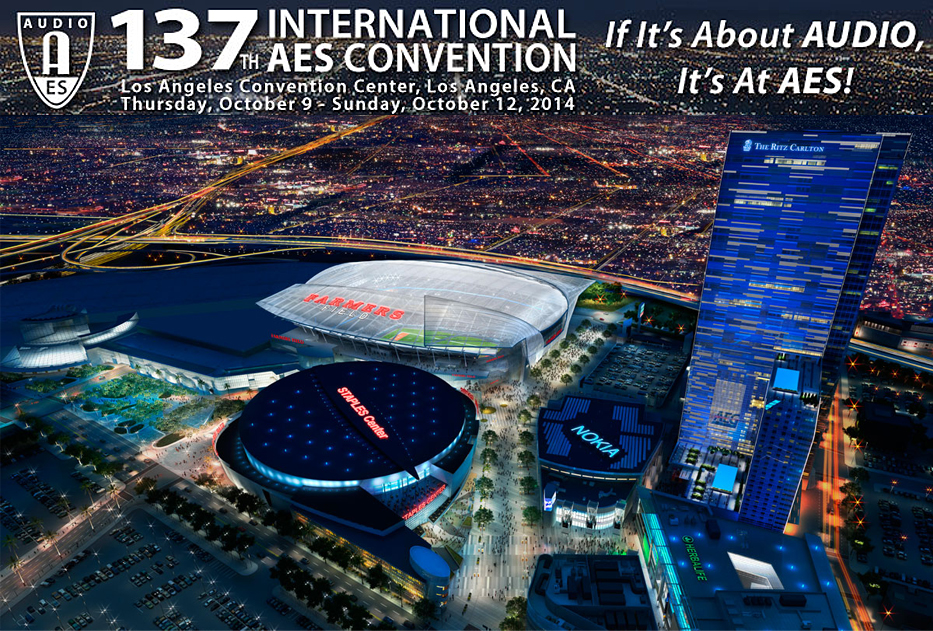 AES137 is gearing up to be bigger and better than ever, with top professionals and audio enthusiasts in attendance for three days of exhibits and four days of content tailored to those in the fields of recording, broadcast and streaming, live sound, audio for gaming, mixing and mastering, system integration, and more.

The itinerary of workshops is growing, with more presenters and topics being added by the week. More than a dozen workshops are currently confirmed, with sessions including “21st Century Vinyl,” “Using AES67 Networking,” “Analog Tape in a Digital World,” “State of Digital Distribution,” “The End Is Near! The Pressing Need to Preserve Historic Analog Sound Recordings: An Overview of Strategies and Best Practices,” and more.

From Audio-over-IP (AoIP) used across continents in the broadcast sector, to super-low-latency audio transfer in the studio environment, to low-latency systems for live sound reinforcement in fixed installations and touring systems, the medium of choice is increasingly a high performance Ethernet/TCP/IP network. Workshops and Tutorials will cover the history of audio networking as well as leading-edge developments, with session titles including “Using AES67 Networking — Practical issues in AES67 Deployment”; “Software Tools for Telematic Performances”; “Large Scale AVB Networks/AVDECC Control”; “Implementation of a Large Scale Ethernet AVB Audio Network at ESPN”; and “Using Audio Content Over IP Technology in Public Radio.”

AES Executive Director Bob Moses stated, “We are more excited than ever to be presenting such a wide range of topics at AES137, and we are extremely lucky to be welcoming some of the audio industry’s top innovators to share their expertise with the rest of the AES community. As we say, ‘If It’s About Audio, It’s At AES,’ and that is eminently true for the upcoming convention in L.A. Whatever your specialty, there are sessions tailored to what you do that will feature insights into the latest technologies, industry trends and standards that you will hear about first at the AES convention. You really must not miss this one. See you in L.A. in October!”
www.aes.org/events/137/program/
related items