The German R&D institute, Fraunhofer IIS (developers of mp3 and co-developers of AAC), previewed the future of audio entertainment for TV broadcasts at CES International 2014 in Las Vegas, where they unveiled the new Fraunhofer TV audio system based on the upcoming open audio standard MPEG-H Audio.
The Fraunhofer TV audio system is destined to push TV broadcasts to a new level and provide viewers with interactive features that offer control over the audio signal and true 3-D sound. As one of the main developers of MPEG-H Audio, Fraunhofer IIS is leading the evolution of television playback well beyond 5.1 surround sound. 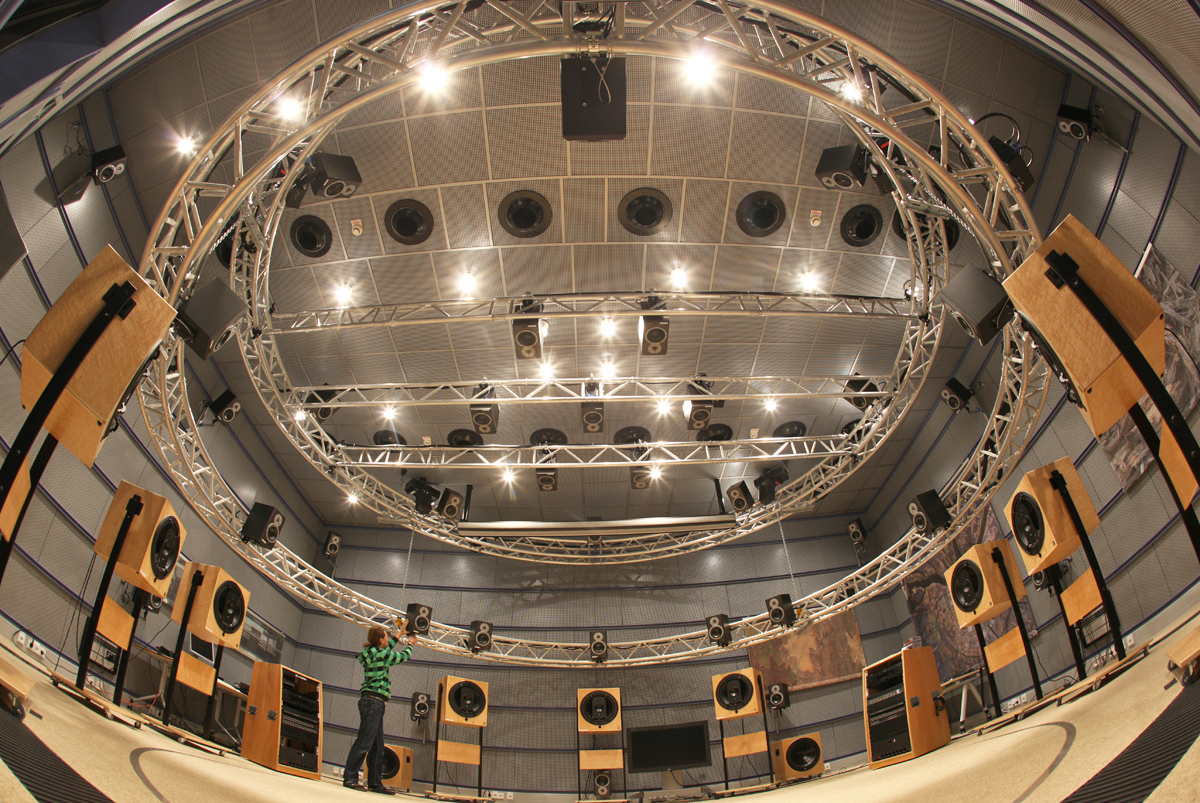 “Throughout the development of the new Fraunhofer TV audio system based on MPEG-H Audio, Fraunhofer IIS focused on the needs of current and future TV broadcasts audiences for viewing content on a variety of devices from complete home theaters to mobile tablets and phones,” said Harald Popp, head of the business department of the audio and multimedia division of Fraunhofer IIS. “As a result, the system is a true multiscreen audio codec allowing for the efficient delivery of audio content to any screen over any kind of transmission channel, including broadcast, cable, Internet or 4G wireless networks.”

MPEG-H Audio is based on a new, efficient audio codec that includes processing to offer an optimized experience with controlled loudness on every device. It includes object-based audio and is capable of transmitting immersive 3-D sound. Object-based audio allows viewers to adjust the sound mix to their preferences, boosting otherwise hard-to-understand dialogue or creating a “home team” mix of sports broadcasts.
www.iis.fraunhofer.de/en/bf/amm.html
related items