Frankfurt Musikmesse 2015: More Time for the Public and a New Hall Layout

Trade fair organisers Messe Frankfurt announced some important changes for its Musikmesse 2015 show, held concurrently with Prolight+Sound 2015 in the city of Frankfurt. Musikmesse 2015 will be open to the public all day Friday and Saturday (one extra day for non-trade visitors) and will have a new hall layout.
The next Musikmesse, to be held at Frankfurt Fair and Exhibition Centre from April 15–18, 2015, will be distinguished by several improvements. For example, the world’s biggest international trade fair for manufacturers and distributors of musical instruments, sheet music, hardware, software and accessories will open its doors to members of the public all day Friday and Saturday ( i.e., half a day longer).

Additionally, woodwind and brass instruments will move from Hall 4.1 to Hall 3.0 and supplement the spectrum of products there. “One of our primary aims is to perfectly cater at all times for the expectations and goals of all participants. To this end, we conduct an on-going dialogue with exhibitors and the individual groups of visitors,” says Cordelia von Gymnich, Vice President Consumer Goods & Entertainment of Messe Frankfurt Exhibition GmbH. 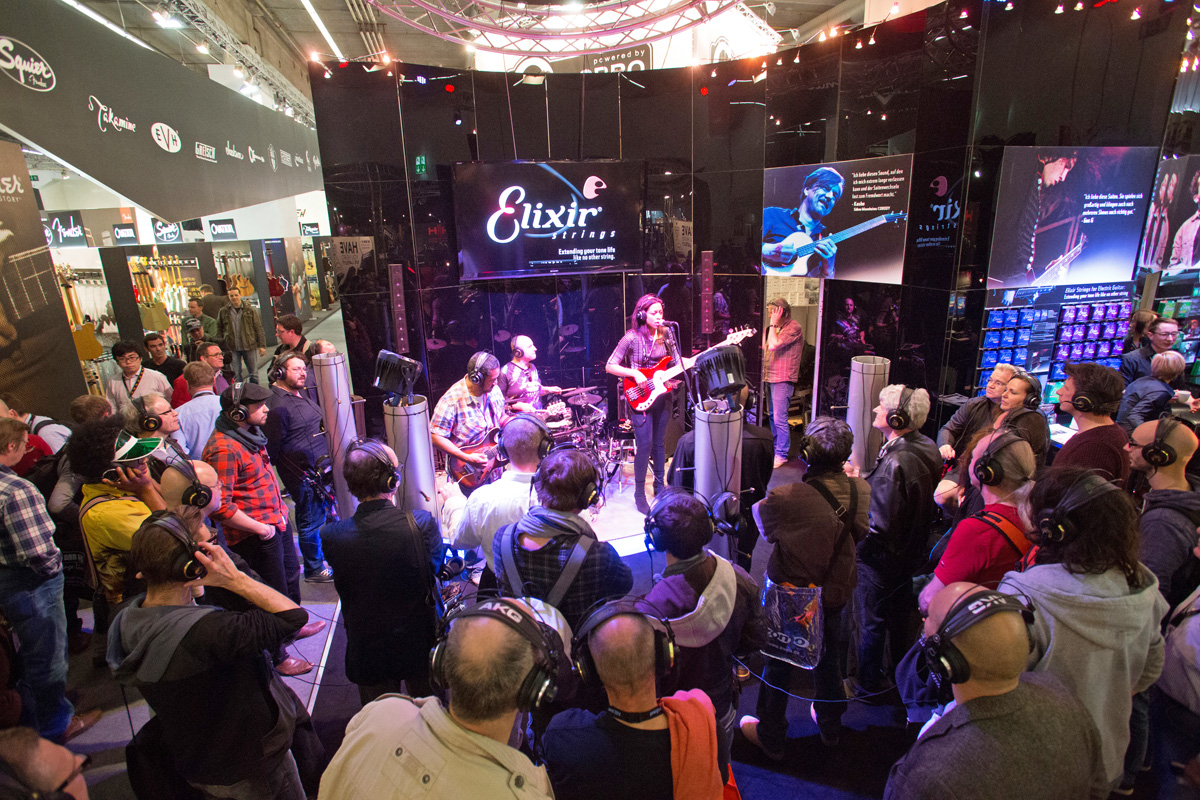 “For many manufacturers, it is increasingly important to make direct contact with consumers and, for this reason, we have decided to extend the times the fair opens to members of the public. The interests of the organizers and exhibitors are also congruent with regard to a more concentrated layout while retaining the same high degree of variety.”

Another reason for opening the fair to members of the public for a longer period is to exploit the visitor potential to the full. Thus, from the next Musikmesse, it will be easier for music academies and training organizations in the music sector to organise visits to the fair for students and trainees. In this way, Musikmesse once again underscores its commitment and the outstanding importance attached to promoting the interests of young people and training. Moreover, special consumer campaigns, cheaper day tickets and an extensive programme of events will make the public days more attractive than ever before. “In this way, we aim to give manufacturers the opportunity to make even more precise contact with visitors on the trade and public days. At the same time, extending the hours the fair opens to the public to include Friday morning will ensure a better distribution of visitors throughout the day,” says Musikmesse Director Wolfgang Lücke.

The decision to move manufacturers of woodwind and brass instruments to Hall 3.0 from Hall 4.1 offers two main benefits. In the first place, these exhibitors will profit from the larger number of visitors to Hall 3.0 with its broad spectrum of percussion instruments and electric guitars and basses, as well as full-range suppliers. In the second place, the hall offers optimal accessibility. “Some manufacturers of wind instruments and accessories said they would prefer to make their presentations on the ground floor and the easier delivery conditions are very important, especially for the numerous small manufacturers in this segment,” says Wolfgang Lücke. “Moreover, our objective is to ensure that the various groups of instruments are always arranged logically in relation to each other, which, inter alia, improves the synergistic effects between product groups and keeps walking distances to a minimum.” Acoustic and visual divisions between the individual segments will ensure a business-friendly atmosphere.

The organizers also confirm that further details of conceptual improvements at Musikmesse 2015 are  expected. The 2015 calendar causes a direct clash with the National Association of Broadcasters (NAB) convention (April 13–16, 2015) in Las Vegas, NV, which will certainly affect exhibits and attendance at the professional segments of the Prolight+Sound show.
www.musikmesse.com
www.prolight-sound.com
related items