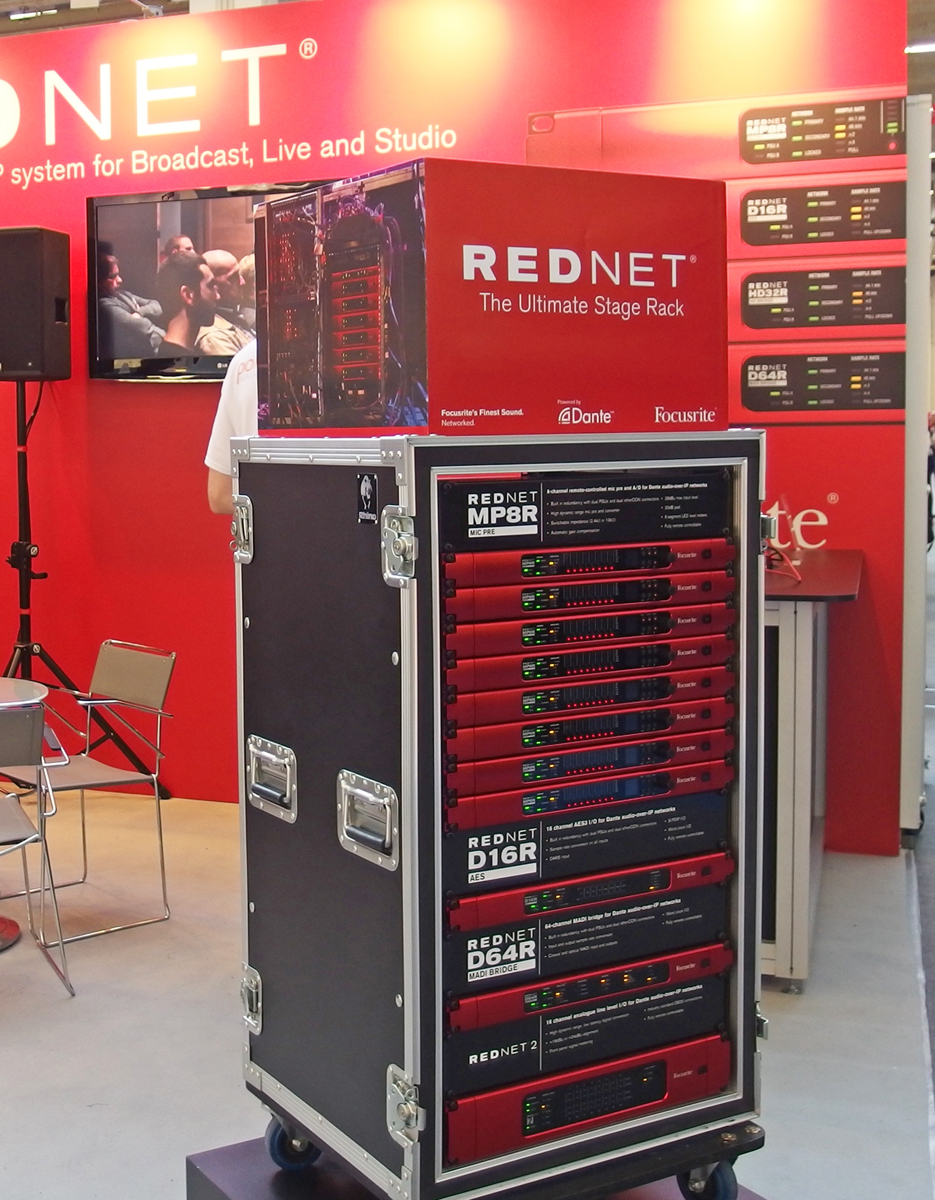 Interoperable with all other Dante-compatible units, these RedNet interfaces are particularly designed for live sound and broadcast applications, due to their power supply and network-redundancy, locking Ethernet connectors, and compact 1U form factors.

Launched in 2012, Focusrite’s RedNet range was among the first to adopt the Dante audio-over-IP network as the infrastructure for a new and versatile range of products. Since then, RedNet has become increasingly popular for a diverse range of audio applications, from broadcast to opera, from studio to major live events. Over the last three years, RedNet has become known for its quality and reliability - as well as proving exceptionally simple to operate and offering one of the best-sounding audio-over-IP solutions available.

The new products include a series of features that make them particularly applicable to broadcast, live sound/recording and system integration markets, where reliability is paramount. Dual Ethernet ports, fitted with locking Ethercon connectors, are provided, with several operating modes including daisy-chaining and redundancy confirmed by front-panel indicators. Two separate power supplies with fault detection capability are included, with separate power input sockets on the rear panel. Power failure is indicated both remotely and on the front panel. The modules feature a rugged, roadworthy exterior with maximum internal build quality, in a compact 1U rack-mount form factor.

RedNet MP8R is an 8-channel remote controlled mic pre and A/D converter, with redundant power and networking. Based on the successful RedNet 4 mic pre and developed following approaches from leading international live sound companies, RedNet MP8R has a maximum input level of 28dBu, polarity invert, 20dB pad, and dual input impedances. Each pre feeds two channels to the network: one a direct feed and the other automatically DSP gain-compensated for a fixed signal level - ideal for many multiple-user workflows. The selectable input impedances of 10 kΩ and 2.4 kΩ are particularly useful for controlling the load seen by the mic when running multiple pres in parallel. RedNet MP8R is priced $2999.99.

RedNet D16R features 16 channels of AES/EBU connectivity to and from a Dante audio network, with redundant power and networking. Perfect for bridging between digital consoles, power amplifiers or any other AES3-equipped audio equipment and any Dante network, RedNet D16R includes Sample Rate Conversion (SRC) on each input pair, for instant operation with any AES3 source. Word Clock and Digital Audio Reference Signal (DARS) connections provide synchronization with a wide range of hardware, while S/PDIF I/O allows the integration of equipment such as CD or solid state recorders/players. RedNet D16R is priced $1999.99.

RedNet D64R is a development of the RedNet 6 Dante to MADI interface, providing a reliable link between any Dante network and any MADI / AES10 setup, with redundant power and networking. D64R supports up to 64 channels of both coaxial and optical MADI interfaces and is completely bi-directional, making it possible to use RedNet modules with a MADI system - or MADI with Dante. A sample rate converter (SRC) is included on each input and output, allowing bridging between MADI and Dante irrespective of the sample rate at which either system is operating. Word Clock in and out is also included. 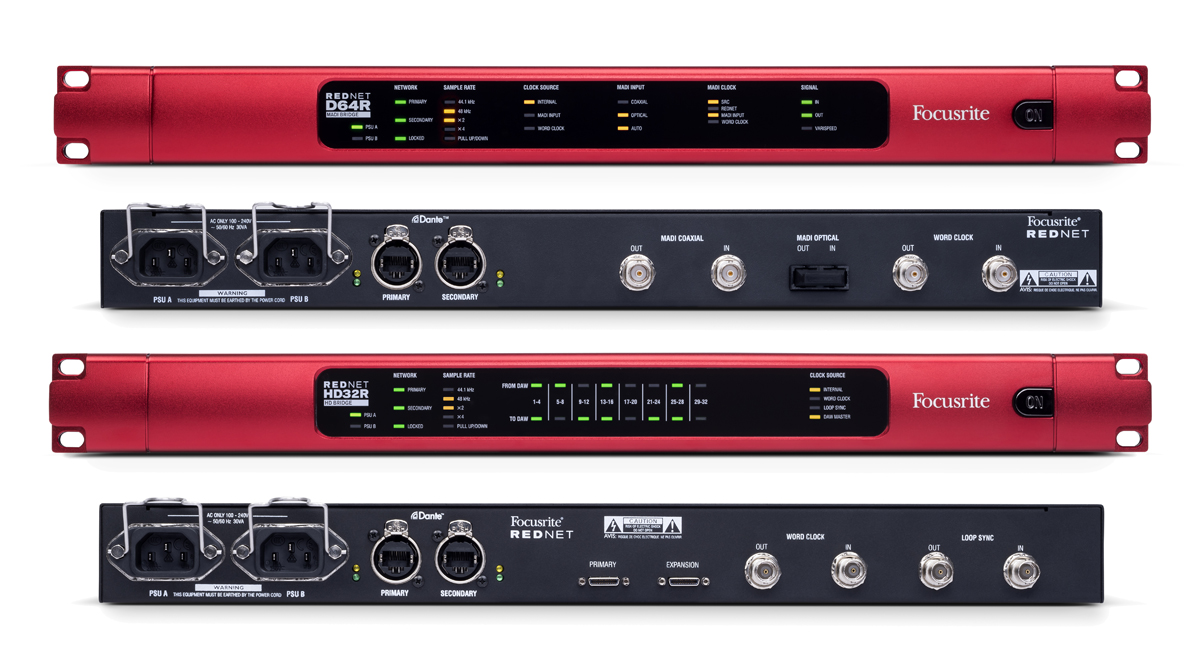 The MP8R, D16R D64R and HD32R are now shipping. For users who do not require the power supply and network redundancy provided by the new RedNet modules, the original RedNet 4 remote mic pre, RedNet 5 Pro Tools bridge, RedNet 6 MADI Bridge and D16 AES models are still available – with lower price-points than the new models, they remain ideal for installations that do not require the level of redundancy offered by the new products.

The RedNet 1 bundle, also known as the RedNet Native 8×8 Analog I/O System is a great entry-level solution to use with Cubase, Nuendo, Logic or Pro Tools software, for Mac or PC. The RedNet PCIe card provides true analog-round-trip latency of just 2.0ms at 24-bit/96kHz, allowing cue-mixes to be set up in the DAW software rather than a separate cue mix application.

Once connected with RedNet 1, the RedNet PCIe card and the bundled Ethernet switch will still have five spare ports, allowing additional I/O to be added in future. When more I/O is needed, the extra interface is simply plugged in with a single Cat 6 cable, allowing the full 128 I/O channel count of RedNet PCIe to be realized.