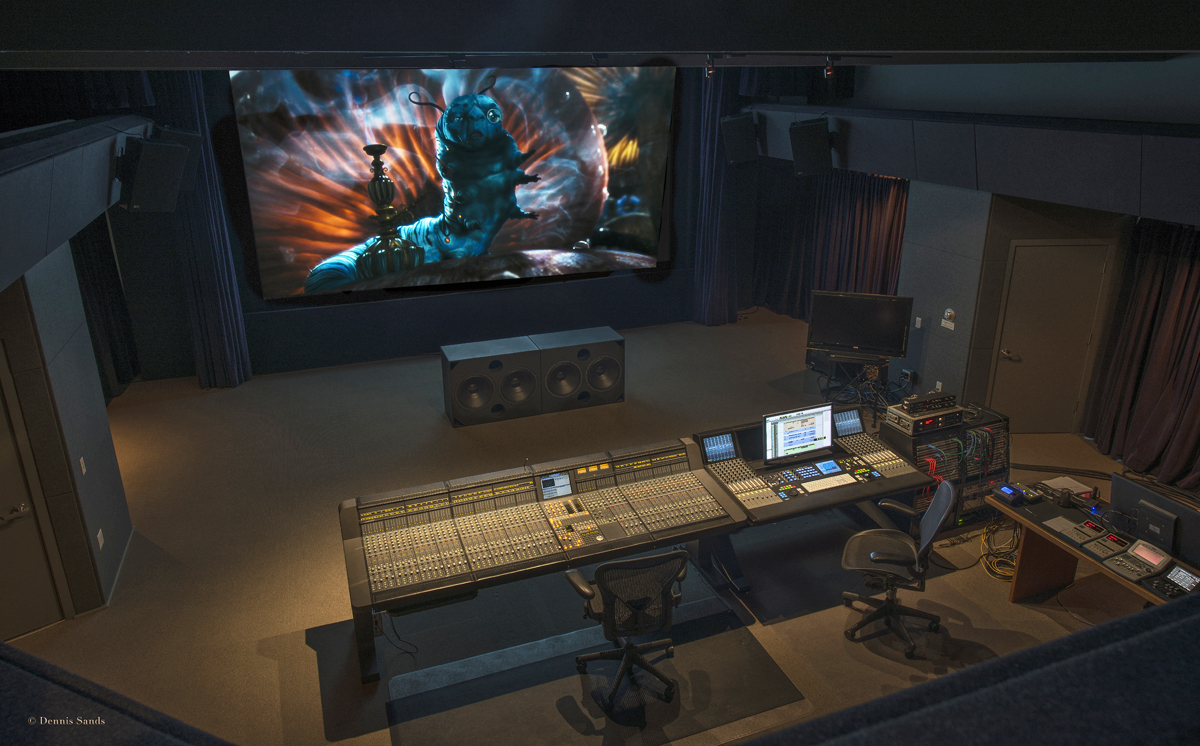 “I’d heard Meyer Sound systems at several well-known post-production studios,” says Sands. “I was immediately impressed with the quality of the sound, the accuracy, and the depth and richness of the entire soundtrack. It was obvious Meyer Sound was the direction to go for the studio.”

The system was designed and installed by Ron Lagerlof of Los Angeles-based Visioneering Design Co. in consultation with Andy Potvin of Dolby Laboratories. “It’s easy to see why Dennis was pre-sold on Meyer Sound,” says Lagerlof. “The loudspeakers have extremely low distortion and accurate phase response. You hear exactly what’s there, and nothing else.” 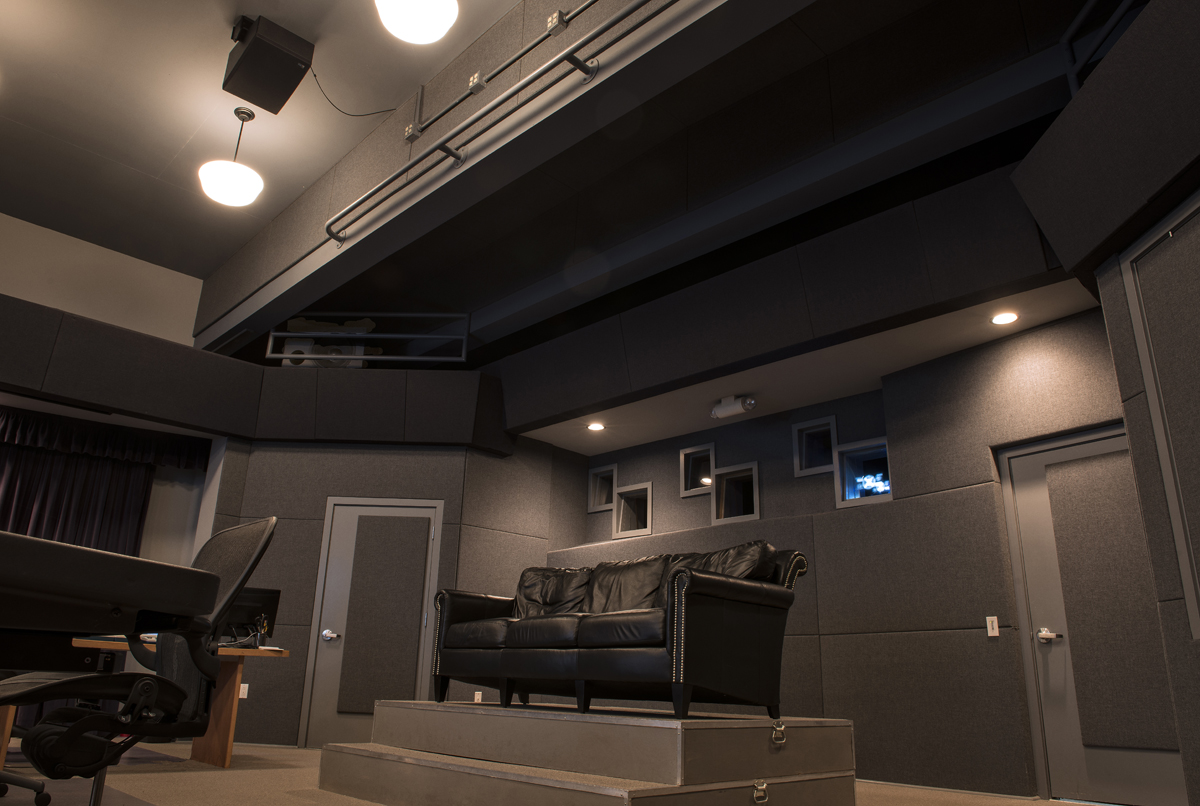 The integration of new and existing technology required some forward-thinking strategies, notably the marriage of the BSS London BLU-806 processor with his new Dolby Atmos Rendering and Mastering Unit (RMU). A Focusrite RedNet 6 MADI bridge connects the Dolby Atmos RMU to the BSS SoundWeb London DSP system, which is used primarily for signal routing when switching from Atmos to 5.1 or 7.1 monitoring. The Dolby Atmos RMU is a necessary component of the Atmos installation, serving as the format’s processing core. However, its design features MADI optical connectors, while the BSS unit only accepts a Dante input.

“There was no way to work in this format without a way to reliably convert MADI to Dante,” said Sands. “The output metadata from my Pro Tools sessions contain the Dolby panner connected to the Atmos rendering box, which interprets whatever data I create in my mixes and outputs a MADI signal. That MADI signal then has to speak to a monitoring system, which in my case is the BSS – a system used by many film stages. However, BSS cannot accept a MADI signal – it only accepts Dante. We needed a stable, reliable conversion tool to bring us into the Dante environment. Simply put, my system breaks down without that conversion.”

Enter Focusrite, a manufacturer of high-quality audio products that includes the RedNet family, a series of Ethernet-networked audio interfaces that harness the power of Dante media networking. Working with Visioneering Design, Sands received the world’s first RedNet6, which provides a stable and reliable MADI-to-Dante conversion. The RedNet6 essentially gives Sands a cost-effective way to continue using his tried-and-tested BSS monitoring solution within the Dolby Atmos workflow. 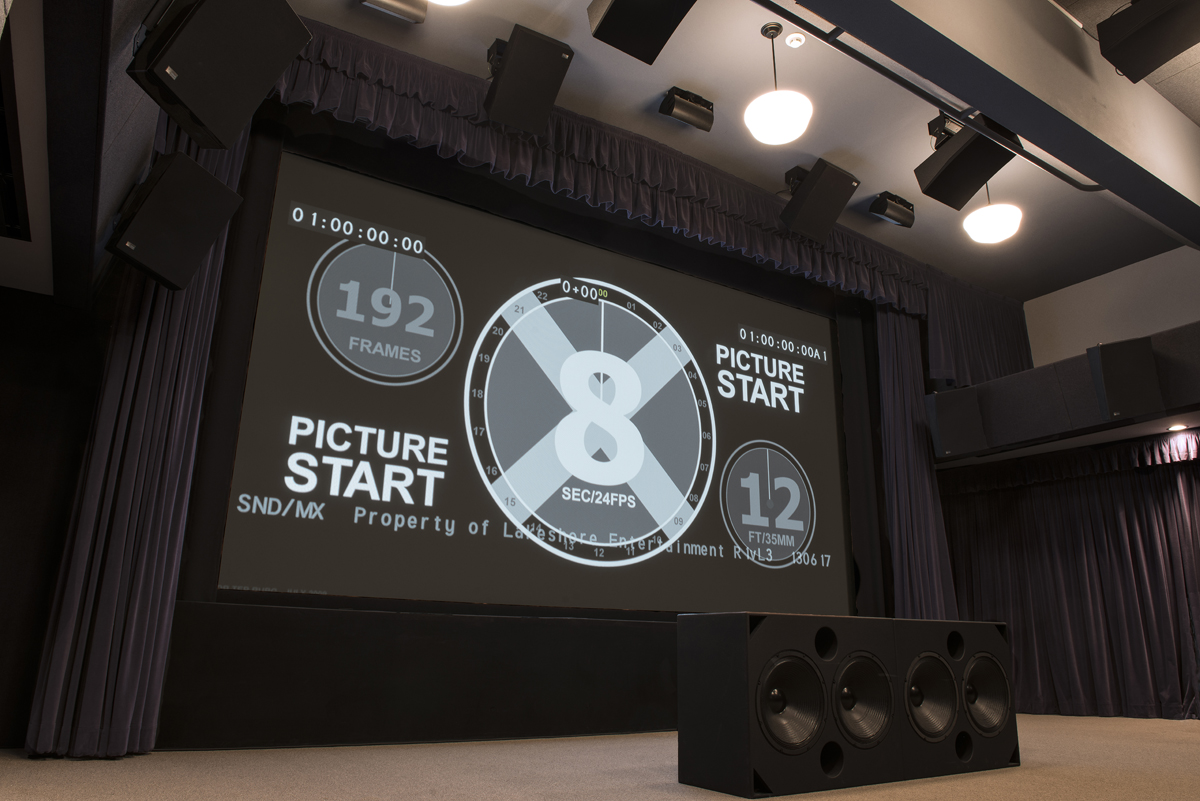 “The BLU 806 accepts the Dante signal via the RedNet6 audio interface, and proceeds with digital processing before outputting the signals to the next destination, whether it’s analog outputs for speakers or digital outputs for EQ and other downstream functions,” says Ron Lagerlof. “And we can do it all with two cables. It’s a clean, sensible interface that allows Dennis to do work within this incredible new audio format and keep his existing processing and monitoring equipment. Without the RedNet6, it would have meant adding many more boxes and cables. It would have been considerably more expensive.”

By leveraging Dante, Sands also enjoys automatic synchronization of everything upstream from the initial conversion stage thanks to Dante’s reliable, precision-timed clocks. Lagerlof notes that while he could have configured a clock system within the BLU-806, he decided to use Dante clocking from the RedNet6 to perfectly synchronize everything on the network through the BSS-806 and beyond, right up to the speakers.

Sands is thrilled with the outcome, noting that the overall signal flow remains very logical even with the hybrid transport medium. “I’m not a design engineer, but I can speak to the reliability of technology based on my 40 years of experience in studio environments,” said Sands. “Dante has become a prime component of my system with the Dolby Atmos integration, and it’s clearly a well-designed technology based on how reliably it has worked. This could have turned into a very complex setup, but Dante has helped to make this a simpler network architecture. I can show up at my studio, turn everything on, and it works. It sounds mundane, but that is very important in my world.”

Lagerlof adds that Dante is a compelling transport medium for film scoring and mixing facilities. “I’m familiar with many of the Dante products on the market, and often work with Dante in BSS processing and monitoring environments,” said Lagerlof.  “The more devices that become Dante enabled, the less I will need to run analog and digital single-pair wires through miles and miles of conduit and cable trays. In this case we are going directly out of the RMU and into the monitoring system, and perhaps down the road more speaker manufacturers will figure out a way to accept Dante directly. There are a lot of possibilities.”

Dennis Sands has credits on nearly 300 feature films as a score mixer or re-recording mixer, earning four Academy Award nominations and winning two Cinema Audio Society Awards, including one for Lifetime Achievement. “People who have worked with me in the room before are very impressed with the improvement,” reports Sands. “Reactions have been uniformly positive. For me, the monitoring decision was a no-brainer. Everything I do here translates beautifully onto the dubbing stage.”
www.audinate.com
www.meyersound.com
related items