Significant progress achieved at recent IEEE 802 Plenary meetings highlights Ethernet’s increasing relevance in rapidly diversifying base of markets and applications. Progress across several Ethernet projects includes 25Gb/s operations for next-gen servers, 100Mb/s operations for automotive and signalling decisions for 400GbE.
The Ethernet Alliance, a global consortium dedicated to the continued success and advancement of Ethernet technologies, has recently commended the progress made by the IEEE 802.3 Ethernet Working Group during its recent Plenary meeting in Waikoloa, HI. With a variety of standards advancing to balloting and the formation of new study groups, the gains achieved at the meeting closely parallel the milestones as outlined in the Ethernet Alliance’s 2015 Ethernet Roadmap. This growing momentum also points to the technology’s increasing relevance and importance, and continued diversification amongst a broad array of emerging markets and applications.

“Ethernet is in a very dynamic period; there’s an exceptional level of energy and excitement driving this technology forward into a diversifying range of rates, applications, and market spaces,” said John D’Ambrosia, chairman, Ethernet Alliance, and chief Ethernet evangelist, Dell. “Our largest plugfest ever – representing a meeting of 23 different ecosystem partners – perfectly illustrates the expanding breadth of industry interest in the tangible benefits offered by Ethernet’s ever-widening family of speeds, such as 40G/100G.”

The future of signalling was also determined, as the IEEE P802.3bs 400GbE Task Force elected to have all electrical and optical signalling supporting 50Gb/s or greater be based on PAM4. The task force, which adopted all of its baseline proposals, will shortly begin work on the first draft of the 400GbE specification.

“With more than a dozen on-going projects, Ethernet is continuing its swift forward momentum. Important decisions are being made on how to best meet the needs of industry both now and in the future, in the most cost-effective way possible. The Ethernet Alliance supports Ethernet’s continued evolution and diversification, and we look forward to the next generation of Ethernet technology innovation,” remarked Mr. D’Ambrosia. 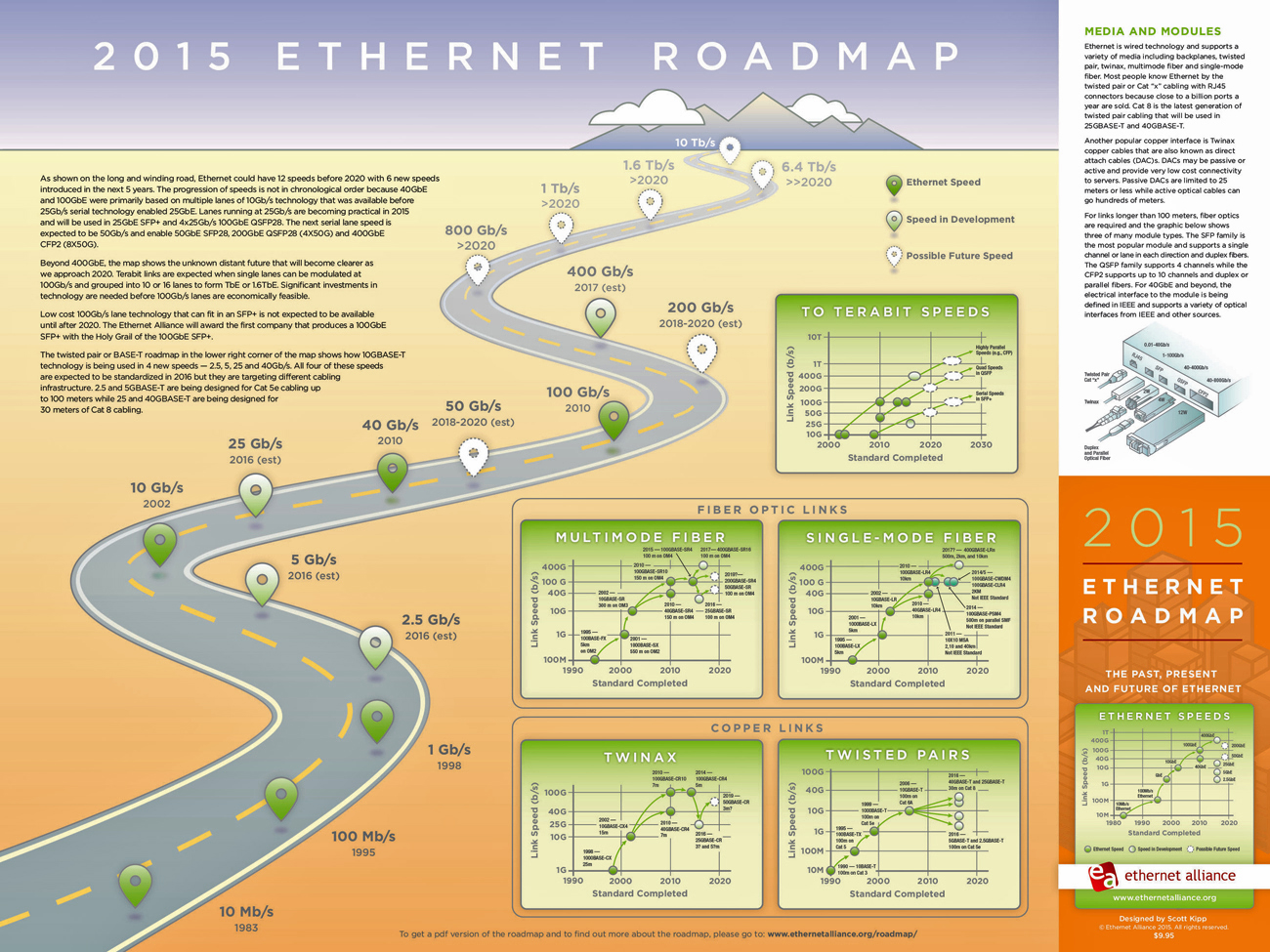 The Ethernet Alliance is a global consortium that includes system and component vendors, industry experts, and university and government professionals who are committed to the continued success and expansion of Ethernet technology. The Ethernet Alliance takes Ethernet standards to market by supporting activities that span from incubation of new Ethernet technologies to interoperability demonstrations and education.
www.ethernetalliance.org
related items