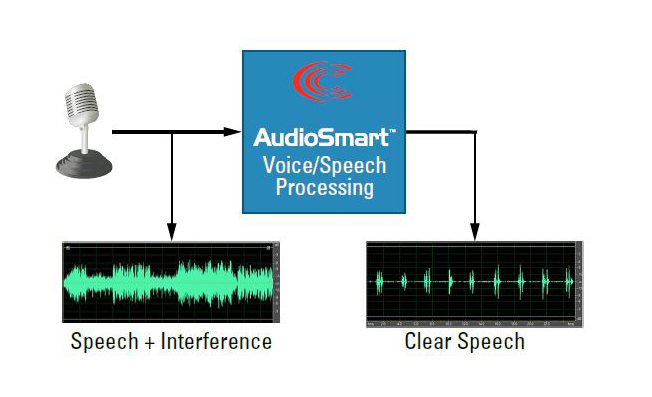 Targeted to Windows- and Android-based tablets, Conexant’s AudioSmart software is based on its proprietary SSP noise suppression algorithm. SSP is a blind source separation technology that uses spatial representation of target speech and noise sources to reduce interference. Unlike traditional technologies, such as beamforming, speech and noise can arrive at any angle relative to the microphones; SSP even removes noise when it comes from the same direction as desired speech and when the speaker is up to five meters away from the target device. 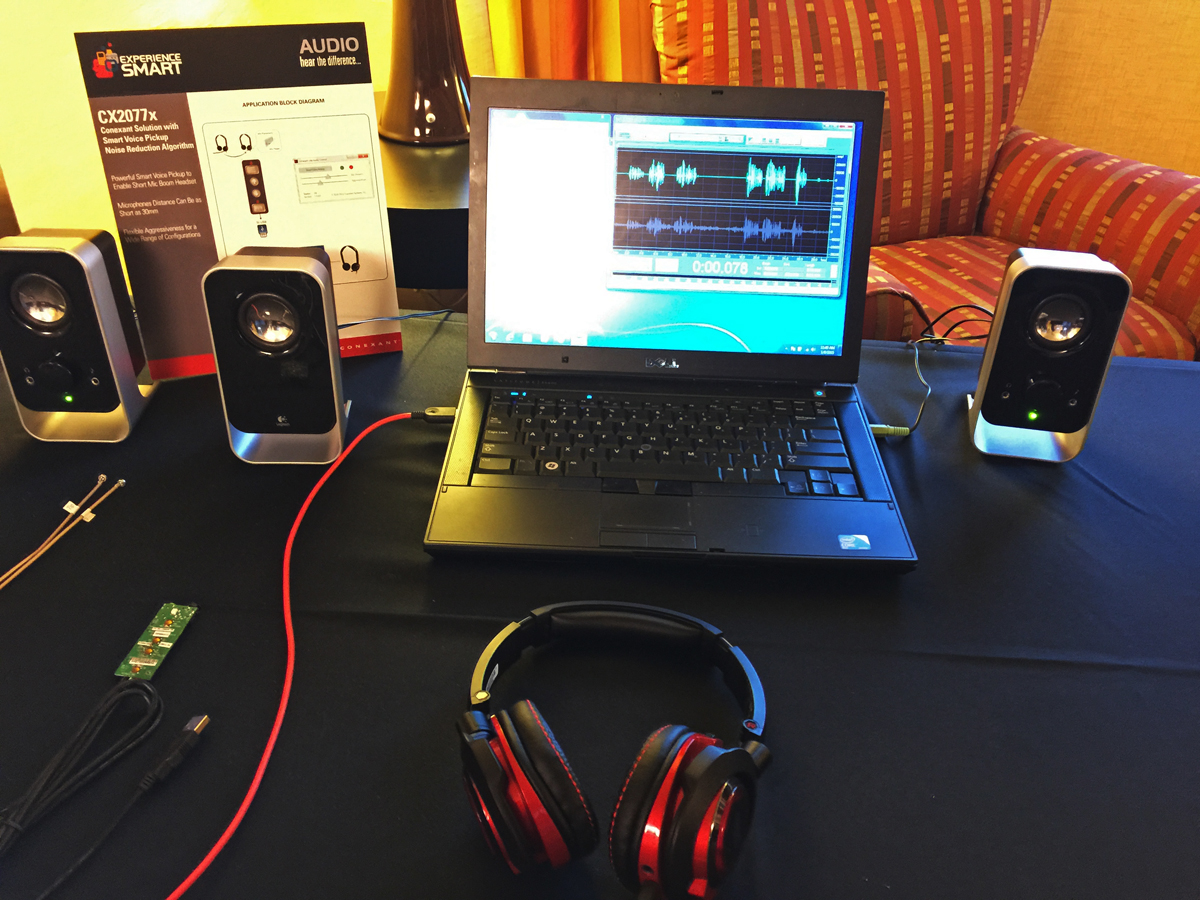 Conexant’s CX2072x Codec and AudioSmart software are compatible with all platforms and processing systems – ARM- and Intel-based SOCs, Windows and Android OS. Because tablet speakers have loudness issues due to their slim designs, the CX2072x provides at least 2x the loudness while maintaining the thin form factor, protecting the speaker and delivering excellent perceptual listening quality.

“Traditionally, consumers have come to expect inferior audio on their tablets due to the small form factor – but that doesn’t have to be the case,” noted Saleel Awsare, Conexant vice president and general manager. “Consumers want their conversations to sound clearer and their music and movies to sound louder. Our technology delivers an improved audio and voice experience – anytime, anywhere, and independent of position, distance and orientation. We have successfully deployed our technology in PCs and Smart TVs and are now extending it to tablets, as well as phablets and wearables.” 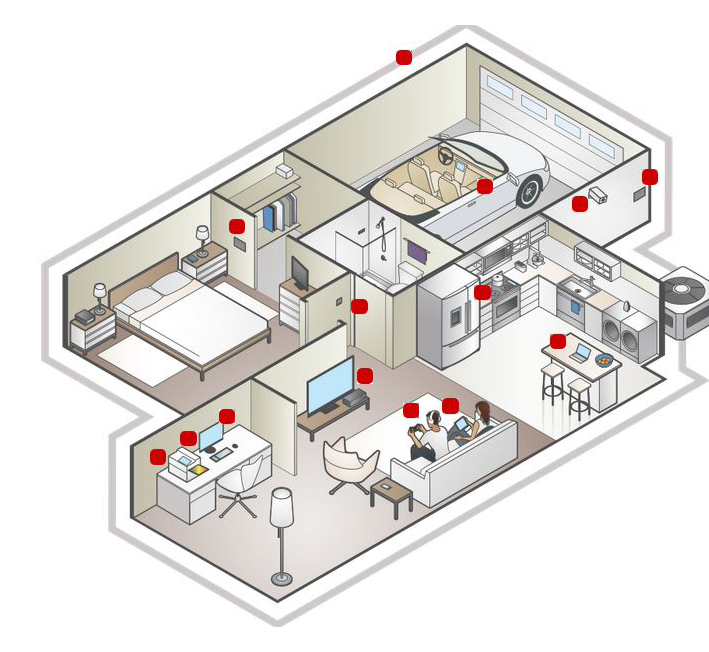 Conexant’s silicon and software solutions are part of the new HP ElitePad 1000 G2 and    HP Envy platform and are integrated on the new Turtle Beach headsets, Plantronics USB headset, Microsoft Surface docking station, among many other products being introduced at the show. Conexant also had on display a GoPro Hero4 camera featuring a high dynamic range microphone analog-to-digital converter.

Conexant’s voice processing technology is already in use by Smart TVs from LG and set-top boxes from LG Uplus for voice control capability, including noise suppression for highly-accurate speech recognition performance in noisy, distant speaker or far-field conditions – from up to five meters away.

In addition, a high-performance, full-duplex Acoustic Echo Canceller enables users to control devices with their voice, even when the device’s speaker is playing loudly, as is the case with voice-controlled speakers, Smart TVs, set-top boxes or appliances with prompts. 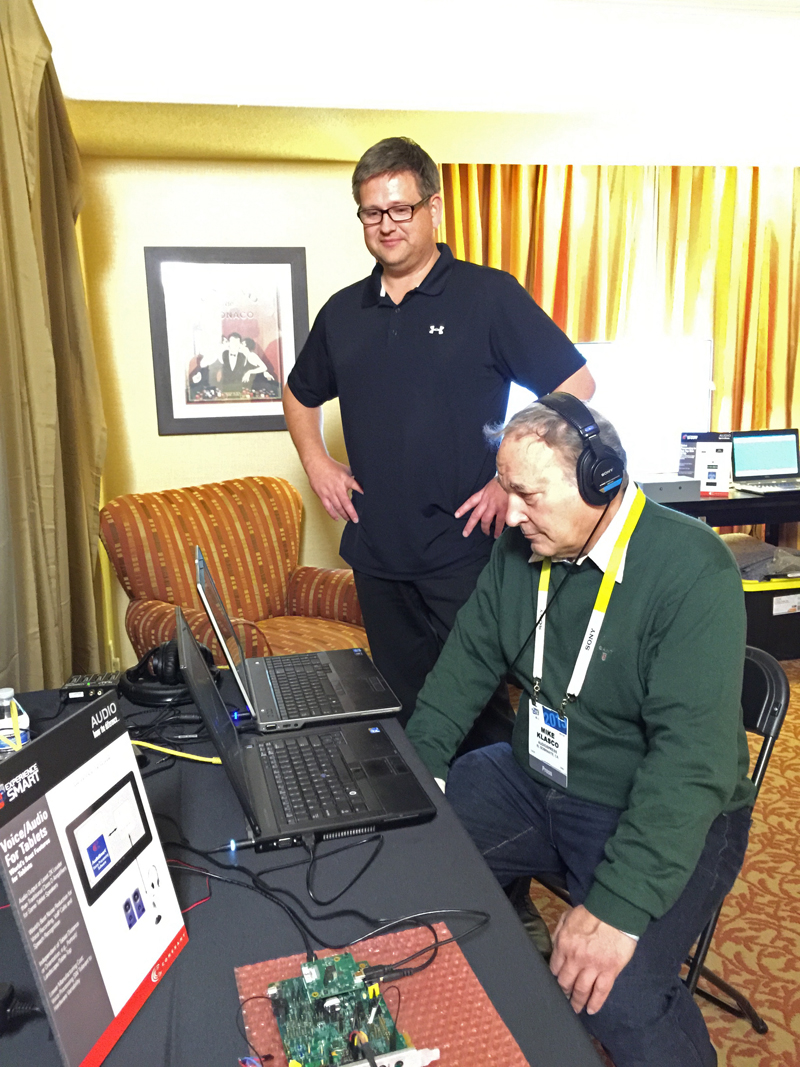 Conexant’s SVP technology is based on its proprietary SSP noise suppression algorithm. SSP is a blind source separation technology that uses spatial representation of target speech and noise sources to reduce interference and achieve up to 45dB noise suppression and up to 19dB signal-to-noise ratio improvement.

Conexant’s SVP technology utilizes two microphones to detect and suppress stationary noise sources, such as white noise or air conditioning, and non-stationary noise like a slamming door or loud clapping. The first microphone is close to the user’s mouth as the primary voice transmit microphone, while the second microphone is an environmental microphone. SVP is also extremely effective at reducing keystroke noise distractions during conference calls and other computer-based voice communications.