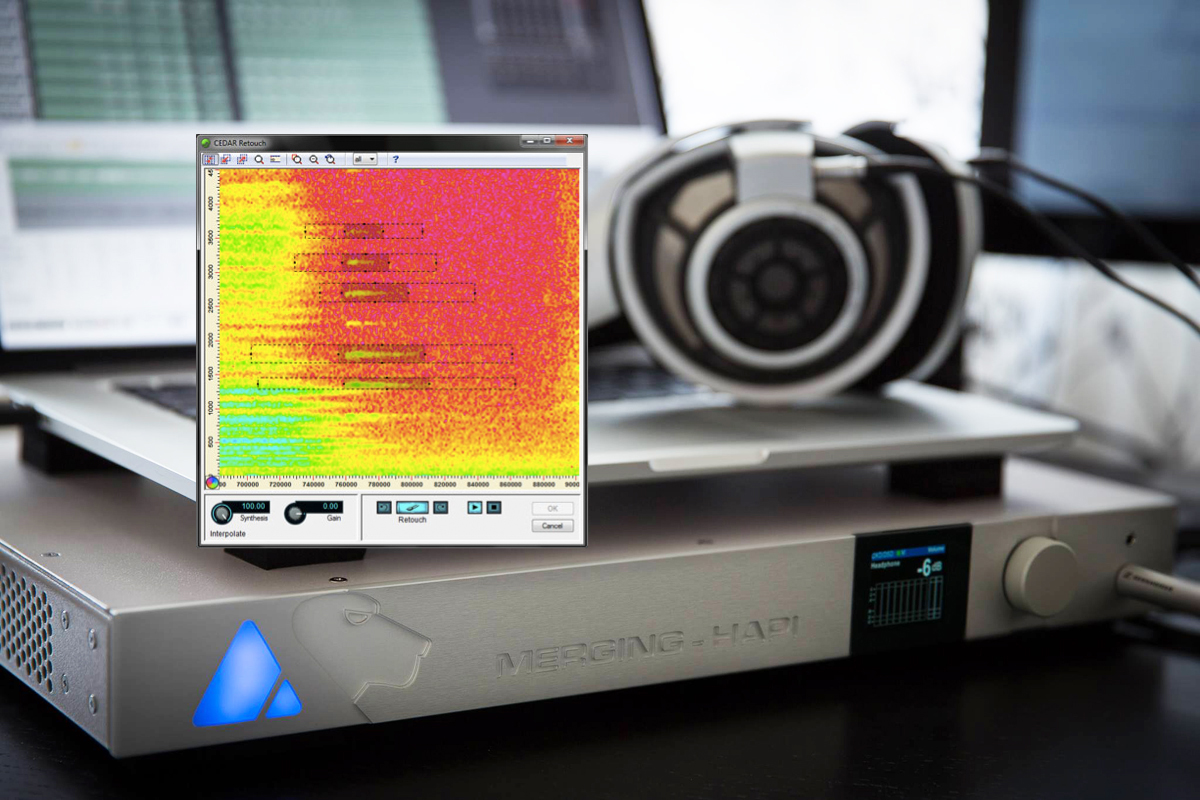 In a joint statement, Cedar Audio and Merging Technologies have announced that they have entered into a non-exclusive license agreement that enables Merging Technologies to use IPR contained within Cedar Audio’s US Patent No. 7,978,862 “Method and Apparatus For Audio Signal Processing,” often referred to as “The Retouch patent.”

The patent refers to a method of displaying and editing audio content in a spectrogram, which can provide audio engineers with a means to find problems such as noise and other artifacts in recordings and remove them without affecting the wanted audio.

“Like Cedar Audio, Merging Technologies has a proud legacy of innovation and technology. We have been working with them since the mid-1990s when we began developing the first CEDAR for Pyramix processes,” said Gordon Reid, Managing Director of Cedar Audio, Ltd., “and this agreement paves the way toward some exciting future collaborations between the companies.”

“We are delighted to renew our close working relationship with Cedar,” said Claude Cellier, President of Merging Technologies. “Our customers expect to be able to use the leading audio restoration tools, and a new suite of 64-bit CEDAR for Pyramix will take advantage of the increased processing power and the latest developments from Cedar.”

“We are aware that Pyramix users have been clamouring for 64-bit audio restoration processes,” Reid continued, “and while we could have updated the existing software, we all agreed that this would be an excellent opportunity to replace the original CEDAR for Pyramix with the latest algorithms and user-interfaces so that Pyramix can again boast state-of-the-art restoration facilities.”

The “Retouch” patent
Since its establishment in 1988, British company Cedar Audio has heavily invested in groundbreaking audio signal processing research. It has pioneered numerous innovations in addition to spectral editing, including real-time audio restoration systems, the “split & recombine” decrackle algorithm, broadband noise reduction without a spectral fingerprint, sub-sample dynamic phase/time correction, digital declipping, and speed correction without a reference tone. The company is the recipient of numerous industry awards and in 2005 was honored with an Academy Award for its services to the film industry. Cedar Audio is also a world leader in the fields of noise reduction and speech enhancement for the forensic and security sectors. 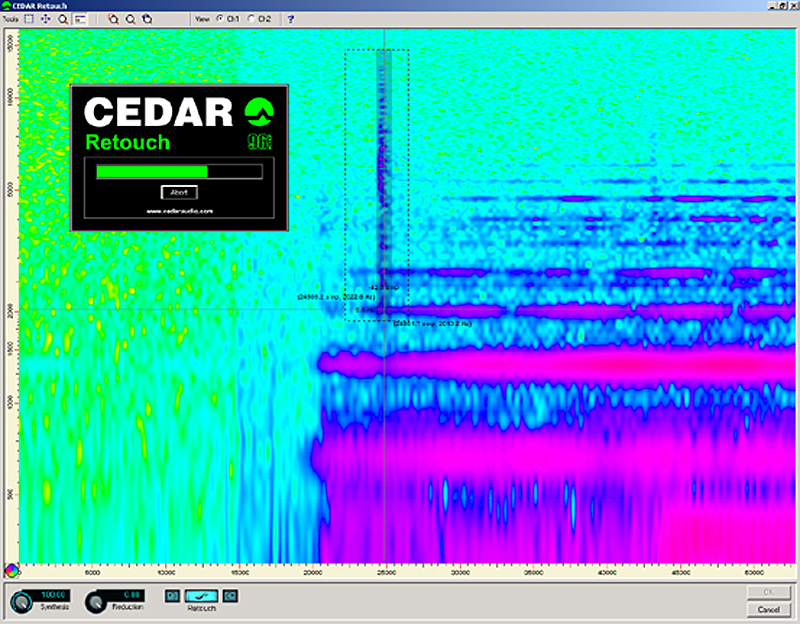 Cedar Audio’s Retouch introduced the concept of spectral editing in 2002. Since then, the technology was licensed to many other software manufacturers, from iZotope to Sony, Prism Sound (SADiE), Magix and others. In 2014, Cedar Audio announced that it had concluded an agreement with Diamond Cut Productions, Inc. in respect of U.S. Patent No. 7,978,862, commonly known as “the Retouch patent.”

Having acknowledged the validity of Cedar’s patent, Diamond Cut agreed to discontinue the Direct Spectral Editing feature of its DC8 and DCForensics8 software, and recall all versions with Direct Spectral Editing sold in the US. This decision sent a strong message worldwide and many software companies were forced to reevaluate their use of Cedar’s patent and licensing terms.

Swiss company Merging Technologies always colaborated with Cedar Audio on restoration tools offered as options for its flagship DAW solution, Pyramix. The worldwide customer base for Pyramix—in the elite end of the music, film, television, mastering, and performance industries—corresponds exactly to the user profile that would make extensive use of Cedar’s tools. Therefore the new license agreement makes complete sense and the news of collaboration between the companies on a new 64-bit CEDAR for Pyramix reinforces that relationship.

According to the joint announcement, CEDAR for Pyramix 2 will be available in 2015.
www.cedaraudio.com | www.merging.com
related items