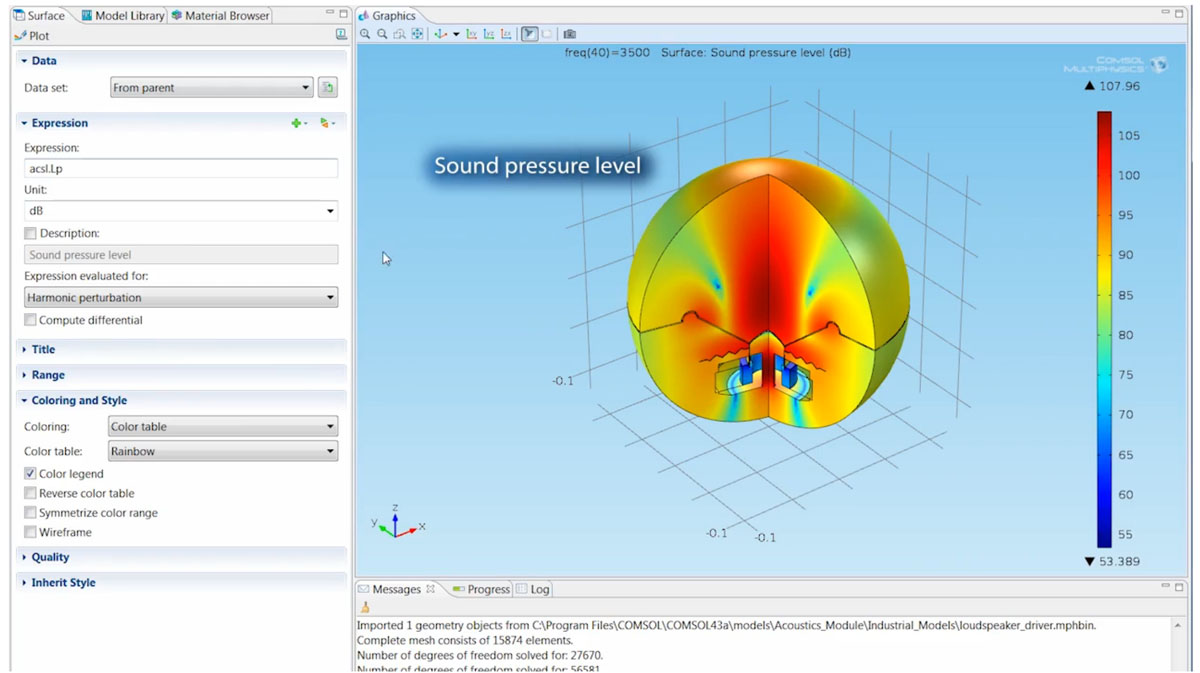 COMSOL’s Acoustics Module is designed specifically for those who work with devices that produce, measure, and utilize acoustic waves. Application areas include speakers, microphones, hearing aids, and sonar devices, to name a few. Noise control can be addressed in muffler design, sound barriers, and building acoustic applications.

Multiphysics interfaces for acoustic-solid, acoustic-shell, and piezo-acoustics brings acoustic simulations to a new level of predictive power. By using COMSOL’s realistic simulations in 1D, 2D, or 3D, its possible to optimize existing products and design new products more quickly. Simulations also help designers, researchers, and engineers gain insight into problems that are difficult to handle experimentally. By testing a design before manufacturing it, companies save both time and money.

November 2014 marked the release of the revolutionary Application Builder, now available with COMSOL Multiphysics software version 5.0. The Application Builder, which allows COMSOL software users to build an intuitive interface to run any COMSOL model, has been very well received by the engineering community. COMSOL Multiphysics users are already building applications and exploring the benefits of sharing their models with colleagues and customers worldwide.

COMSOL Multiphysics 5.0 also brings three new add-on products to the extensive COMSOL product suite: the Ray Optics Module, the Design Module, and LiveLink for Revit.
For engineers working in application areas including building science, solar energy, and interferometers, the Ray Optics Module is an industry-leading simulation tool for analyzing systems in which the electromagnetic wavelength is much smaller than the smallest geometric detail in the model. “The Ray Optics Module is not like any other simulation software available for modeling ray optics,” says Dan Smith, COMSOL software developer. “For the first time, multiphysics simulations can now be integrated into the modeling of geometrical optics, a truly cutting-edge development for the simulation industry.” Key features of the module include the ability to compute the trajectory of rays in graded and ungraded media, and the modeling of polychromatic, unpolarized and partially coherent light.

Additionally, COMSOL is proud to offer LiveLink for Revit, which allows COMSOL users to interface with the building information modeling software from Autodesk. With LiveLink for Revit, users can seamlessly synchronize a geometry between LiveLink for Revit Architecture and COMSOL, allowing multiphysics simulations to be brought into the architectural design workflow.

Version 5.0 also introduces numerous enhancements to the existing functionalities of COMSOL Multiphysics. New features and updates have been added to the entire product suite, which includes over 25 application-specific modules for simulating any physics in the electrical, mechanical, fluid, and chemical disciplines.

Materials and Functions – Materials can now be copied, pasted, duplicated, dragged, and dropped. Link to Global Materials using a Material Link when the same material is used in multiple components. 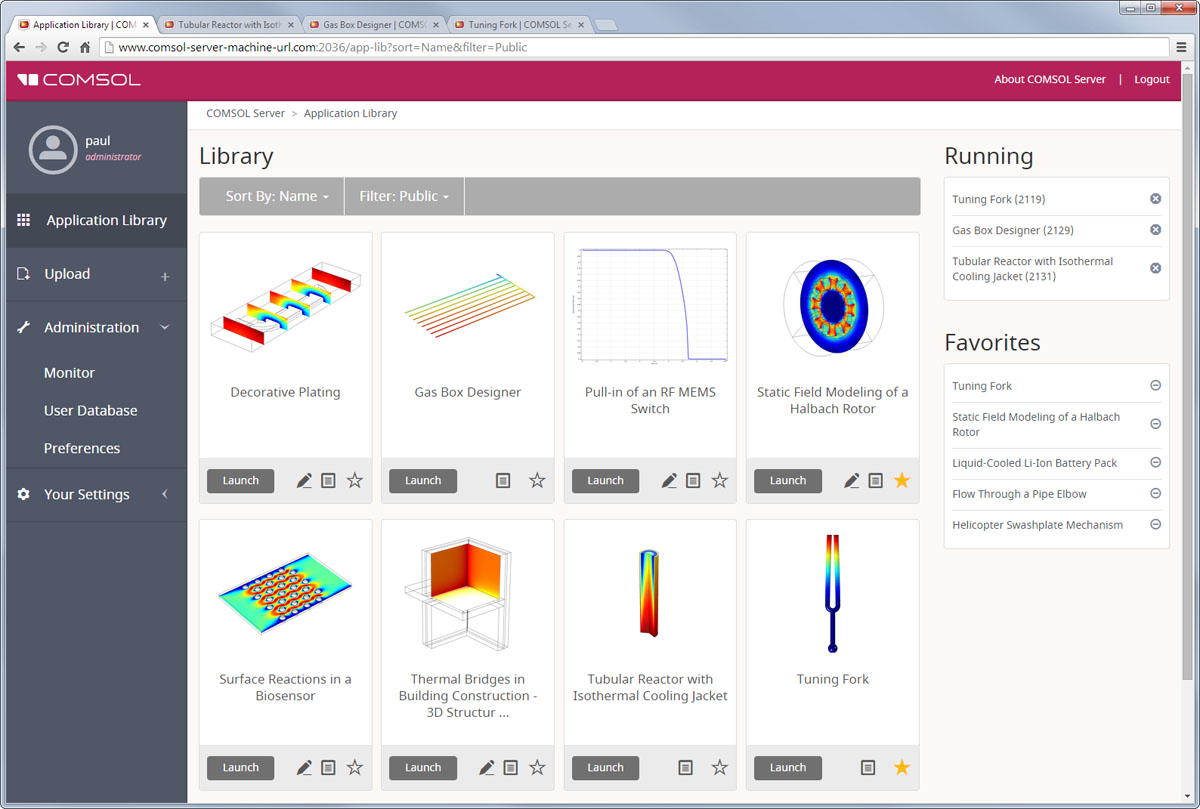 COMSOL Server Now Available to Run Simulation Apps
COMSOL also announced the release of COMSOL Server, a new product developed specifically for running applications built with the Application Builder. Released earlier this year, the Application Builder allows COMSOL Multiphysics software users to build an intuitive interface around their COMSOL model that can be run by anyone — even those without prior simulation experience. COMSOL Server enables the distribution of applications, allowing design teams, production departments and others to share applications throughout an organization using a Windows-native client or web browser.

“COMSOL Server provides an environment for running applications created in the Application Builder that is easy to access and use,” says Svante Littmarck, President and CEO of the COMSOL Group. “Using the Application Builder and COMSOL Server together, an R&D engineer, for example, has the tools to create applications that will best serve their specific industry in a format that is easy to use, quick to implement, and can be scaled for global benefit.”

With COMSOL Server, applications can be run in a COMSOL Client for Windows or in Google Chrome, Firefox, Internet Explorer, Safari, and other major web browsers. COMSOL Server can be hosted in a corporate network or in the cloud. Simulation apps can be distributed to colleagues and customers throughout an organization using COMSOL Server.
www.comsol.com