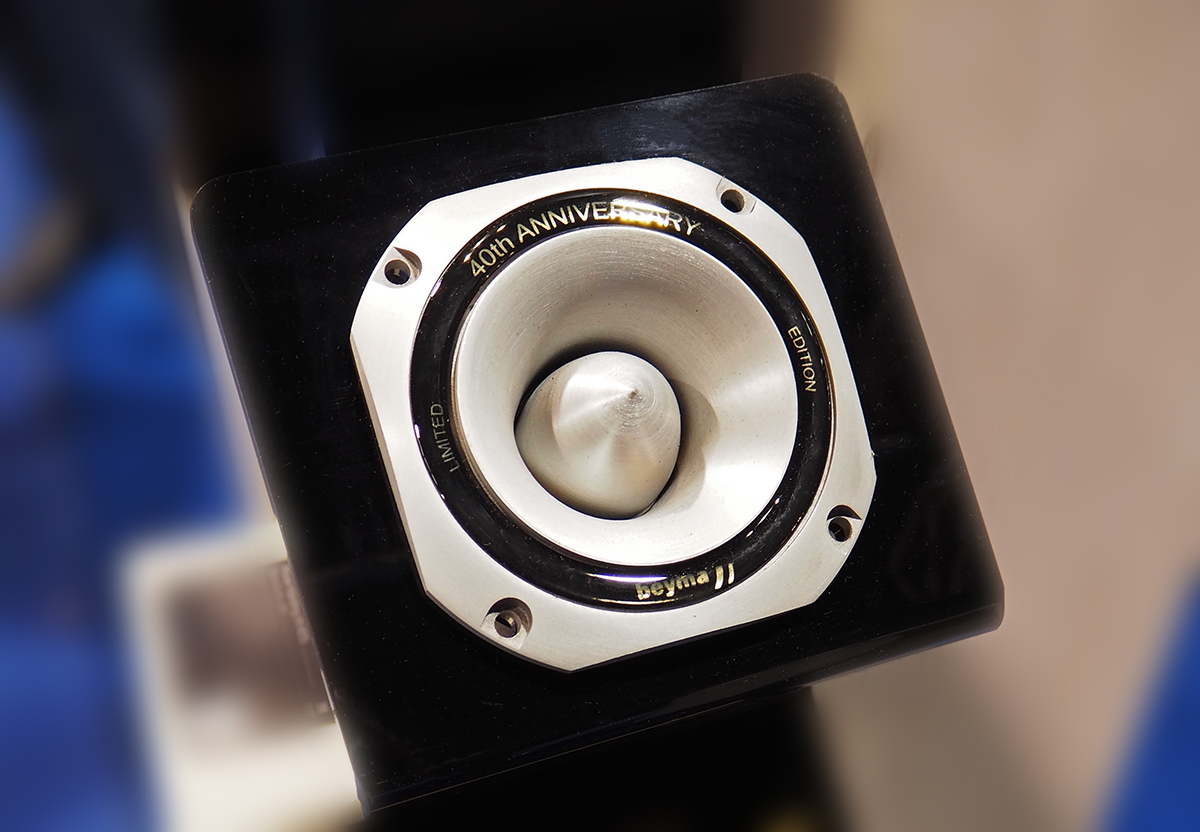 While Acustica Beyma is preparing new products for presentation at the Prolight+Sound 2016 show in Frankfurt, including new compression drivers in result from recent developments and OEM activity, the Spanish driver specialist is also promoting a commemorative edition of its CP22 Compression Tweeter, exclusively for North America.

The new CP22 Compression Tweeter 40th Anniversary edition signals the success of one of Beyma’s most popular drivers and one that helped project the company worldwide. In 1975, Beyma started to manufacture their first tweeters precisely with the design and technology implemented in the CP22, which made it to market the following year. 40 years later, this flagship “super tweeter” continues to be a worldwide reference in the pro audio field and, after four decades, still an essential part of Beyma’s portfolio. 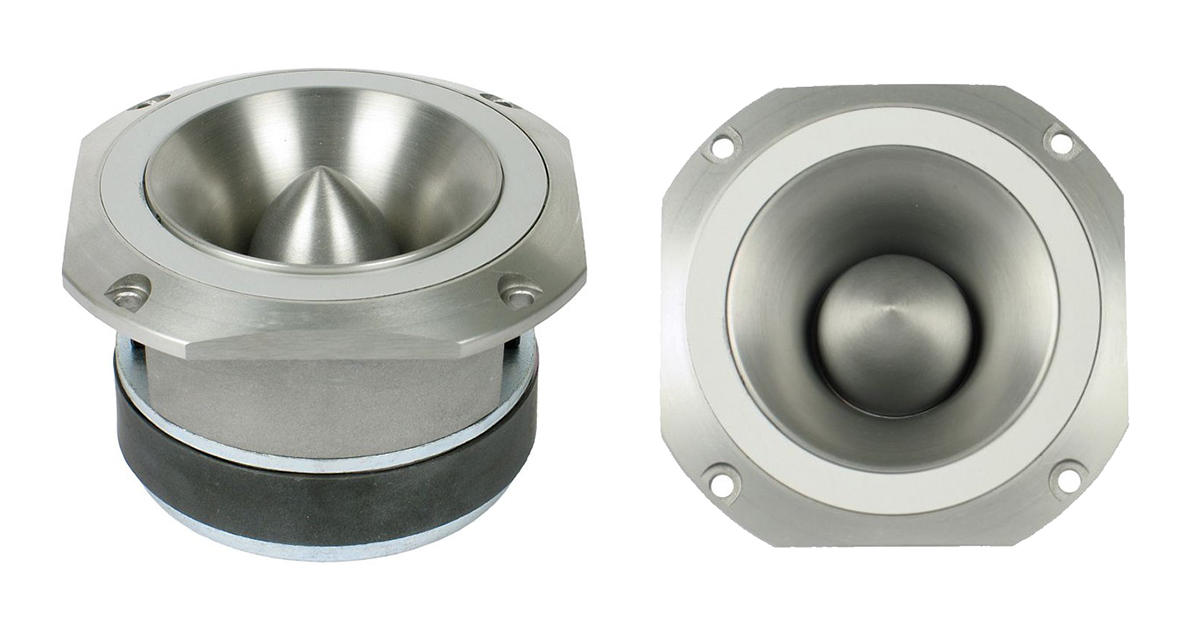 From the first CP22 manufactured until today, several technical improvements have been implemented to enhance its fidelity and outstanding performance, but always keeping the original spirit of the first tweeter produced. The CP22 is rated for 25W AES power handling at 8 ohms, with a sensitivity of 107 dB, and its precise frequency response from 4kHz to 20kHz inspired many audio designers to use it in demanding applications, from large size cinema speakers to concert arrays. It also found applications as a tweeter extension in bass guitar cabinets and clubbing systems, making the sound noticeably more natural. No wonder it stayed a popular item on Beyma’s catalogue.

To celebrate this milestone, the Spanish company has launched a “40th anniversary” limited edition with an enhanced power handling of 30% compared to the standard version. Only 3000 numbered units are available in this carefully packaged limited edition. audioXpress discussed this initiative with Espartaco Saez, Beyma Commercial Director, and Jose Diaz, General Manager, PAC Corp., Beyma’s distributor for the Americas. 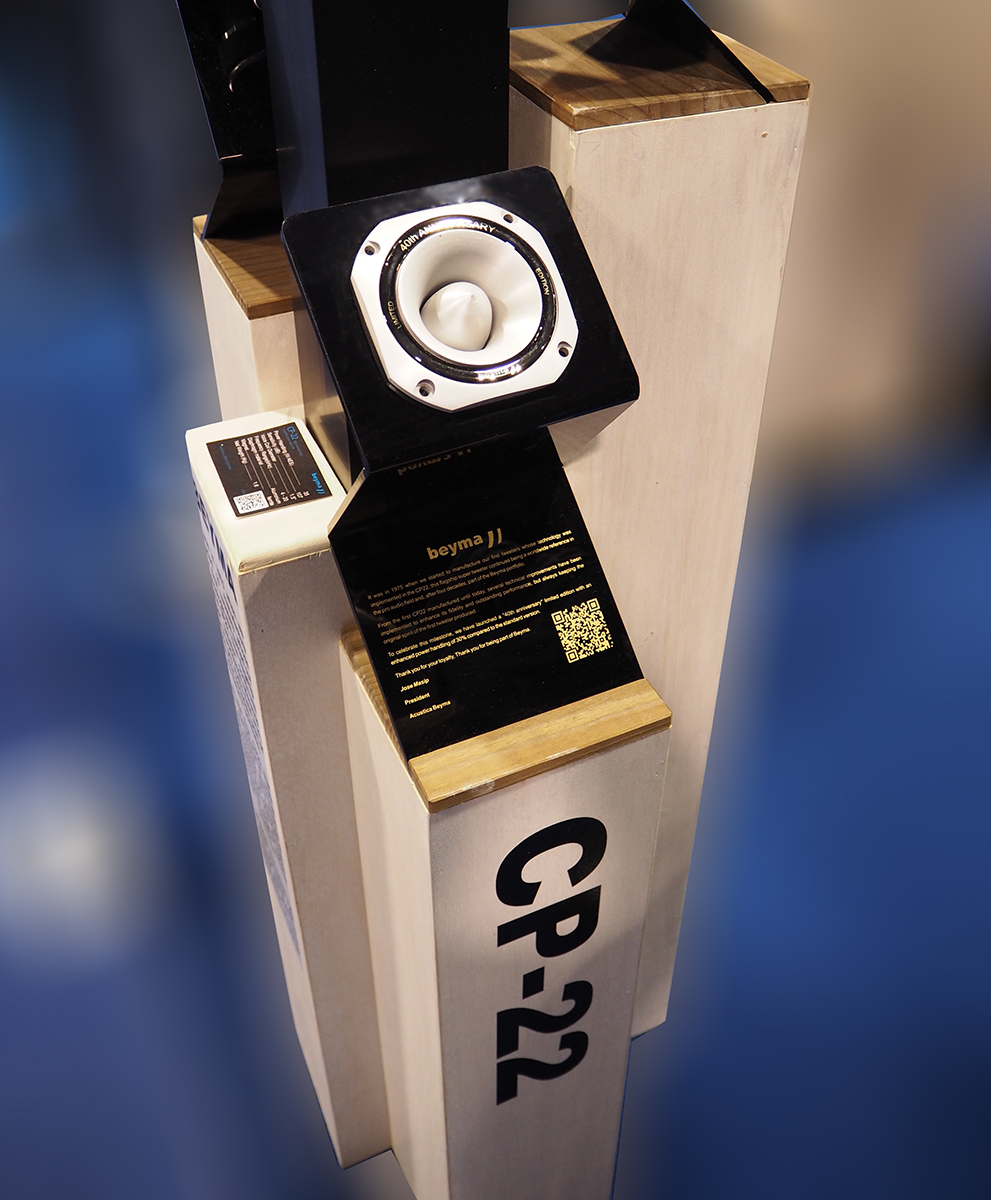 “The reason for this anniversary edition resulted from its many years in the market and also to celebrate the founder of the company, Mr. Jose Masip,” stated Jose Diaz. “The CP22 is an historical product for Beyma and one of its key achievements. Apart from the reinforced power and an improved look, the anniversary limited edition is available in a special wood box, giving it a unique aspect and making it also appealing to collectors. All pieces have their own serial number - available only in the US market - from where the company doesn’t doubt they will be sent all over the world…,” added Jose Diaz.

As Espartaco Saez explains, since Beyma started to manufacture drivers for the professional audio industry, in 1969, there where several important technology achievements, but unfortunately the company didn’t applied for patents and many of its designs were “imitated” by other companies. “This is one of the most copied products in Beyma’s history and most probably in the speaker driver history. Unfortunately, Beyma did not pursued a patent when the product was launched and currently the design is already in public domain. The first units and the concept was introduced to the market precisely 40 years ago.”

As the companies executives shared, when Beyma sees copies of the CP22 in the market they currently see it as a tribute and a proof of their own achievement. “The important thing is that, anywhere in the world, everyone knows that the CP22 is an original Beyma design. The Beyma unit is also made of 100% aluminum, while many copies are made with a fake-aluminum that is brighter, but breaks easily,” adds Jose Diaz. “In fact, there are new clubbing systems reaching the market, in 2016, using the legitimate CP22 - which proves its longevity,” they conclude.
www.beyma.com
related items