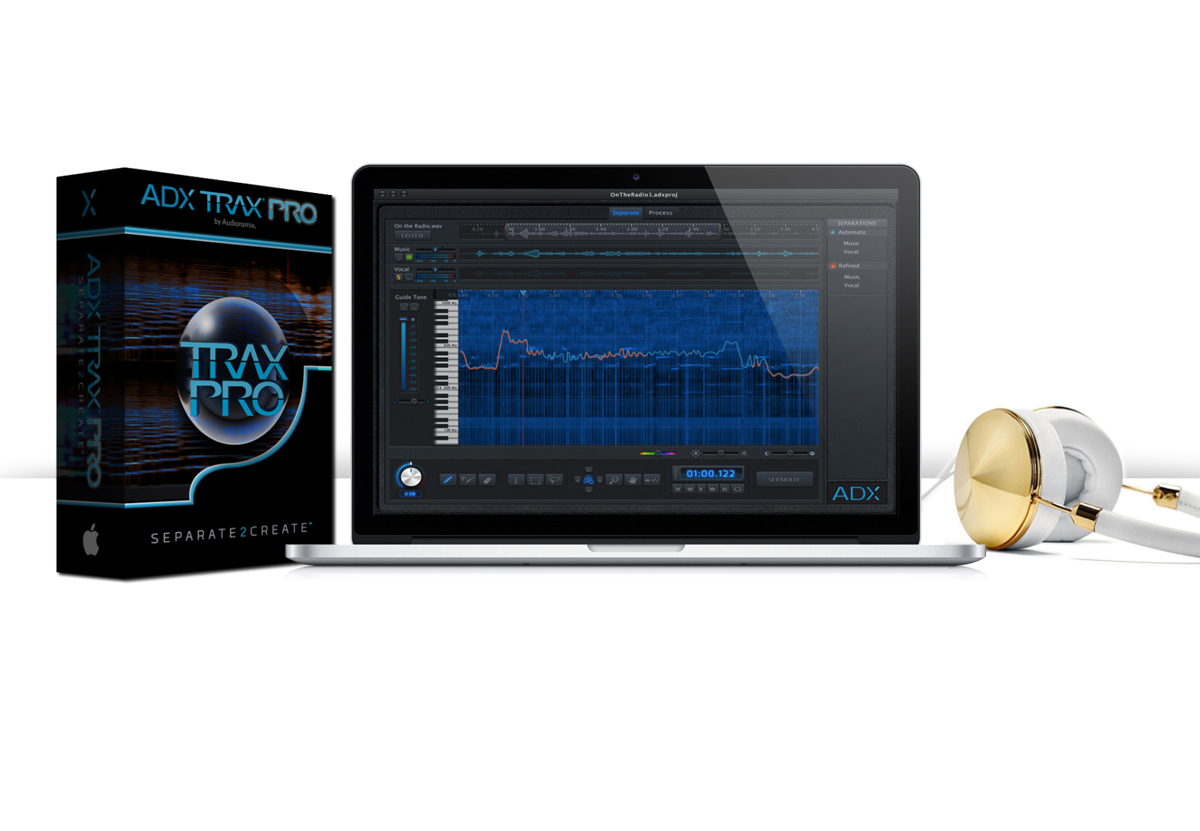 According to the company, ADX TRAX Pro goes beyond the automatic separation by giving users the ability to directly edit their results by time and frequency, adjust gain, attenuate or remove sounds, extract, raise or lower the level of a vocal or solo instrument in a mono or stereo mix and correct audio anomalies using effective restoration tools - all without requiring access to the multi-track sessions.

“Un-mixing audio is what Audionamix is known for and ADX TRAX clearly demonstrates that. However, TRAX only scratches the surface of our technology’s potential,” said Audionamix Product Vice President, Rick Silva. “Since the inaugural release of TRAX in February 2014, we have been hard at work to evolve our technology well beyond the ultimate first step in audio source separation. With valuable insights from our clients as well as current TRAX user feedback, we have been able to implement some amazing new features. TRAX Pro includes our one-of-a-kind separation technology, as well as the most powerful spectral editing tools required to achieve pro level isolations. What sets TRAX Pro apart from other spectral editors is its completely non-destructive workflow, meaning nothing is lost through editing.”

At the center of ADX TRAX Pro’s cutting-edge spectral editor is the ability to work between two files simultaneously (the separated vocal and remaining music). Any spectral edits that are made to one file are automatically reflected in the other, giving users the ability to switch back and forth between the music and vocal tracks to refine an isolation until they achieve pristine results in both files.

In addition to the release of ADX TRAX Pro stand-alone application, Audionamix is also gearing up to deliver a unique AAX Native 64 plug-in for Pro Tools 11, developed in part by Blue Cat Audio. Slated for release in December 2014, the ADX Vocal Volume Control (VVC) plug-in will eanble users to raise or lower the volume of the vocal part from a master recording up to 9 dB and adjust its pan positioning in the stereo field without requiring the multi-track master sessions. The ADX VVC plug-in provides an innovative solution for challenges faced by audio professionals in the music, film and broadcast industries on a daily basis.