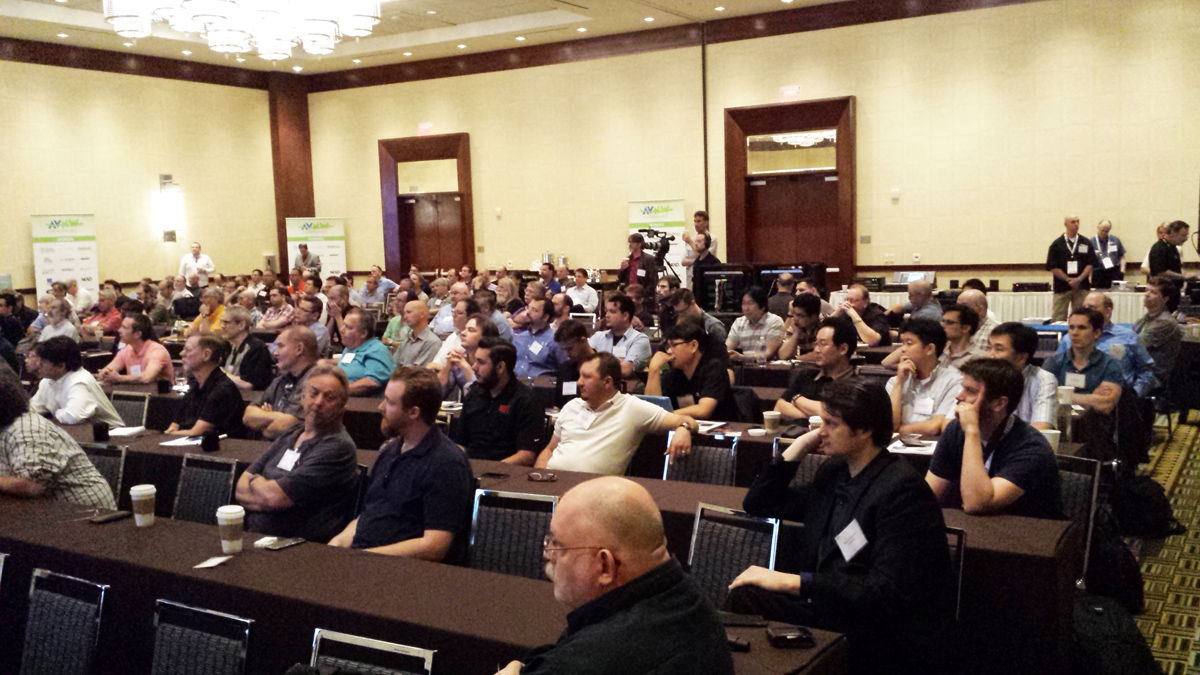 Nearly 250 consultants, integrators, sound engineers, and IT managers from all over the world attended the AV Networking World Conference to learn about Dante, Audinate’s market leading audio networking solution.

“Attending AVNW from a broadcasting and live sound perspective, it was amazing to see the different ways companies and people are using Dante” remarked John Ball, Systems Engineer from Microsoft Product Studios. “For us at Microsoft Production Studios (MPS), the IP platform is giving us new ways to transport audio and backend communications like never before. Seeing equipment manufacturers embracing the Dante technology at a breakneck pace is giving MPS a new arsenal of tools for creative ways of handling productions – faster, cheaper and better.”

“AV Networking World was confidence-inspiring for a small HOW integrator like myself to hear about how Dante is being used successfully in very large scale projects, with mission-critical requirements placed on the delivery of audio”, said Bryan Cole, founder of Axia Concepts. “I’m benefiting from some of the same economies of scale in the smaller projects that I am involved in, which demonstrates that Dante is cost effective at both ends of the spectrum, and scales well both directions.”

“Audinate brought Dante to the market with features and capabilities that we are only beginning to fully appreciate and see where they can be applied. I am in a unique position where I serve multiple market segments, from AV to Multi-media, to broadcast”, remarked Tim Bailey, Project Manager for Communications Engineering, Inc. “The possibilities for the applications of Dante to my company are virtually limitless.”

One new and extremely popular component of this year’s seminar was the Dante Installation Workshop, in which three teams from the audience were tasked to design and put together a working Dante network using at least 5 different Dante enabled products. In just 2 to 3 minutes the teams were able to quickly install and configure a Dante system and transmit audio.

One of the attendees Tanner Upthegrove, Media Engineer for Virginia Tech Institute for Creativity, Arts, and Technology, commented, “I thought it was a great event. It was interesting to learn how Dante is being used - not only for large systems, but small scale installations as well.”
www.audinate.com
related items