The front side of the UR12 interface comprises one Neutrik XLR connector for microphones, and a high-impedance jack input, each with gain control and peak indicator. The panel also includes a headphones output, a master output volume control together with a direct monitor switch for zero-latency monitoring of the input signal - or loopback function for internet live broadcasting. The rear panel features the analog RCA outputs, one USB 2.0 port and one mini USB port for connecting an optional USB power adapter plus a +48 V phantom power switch on channel 1 and power source selector for both USB ports.

The UR12 guarantees pristine sonic fidelity due to the studio-grade converters that feature a maximum sample rate of 192 kHz and 24-bit resolution alongside the built-in discrete Class-A analog D-PRE microphone preamplifier by Yamaha. 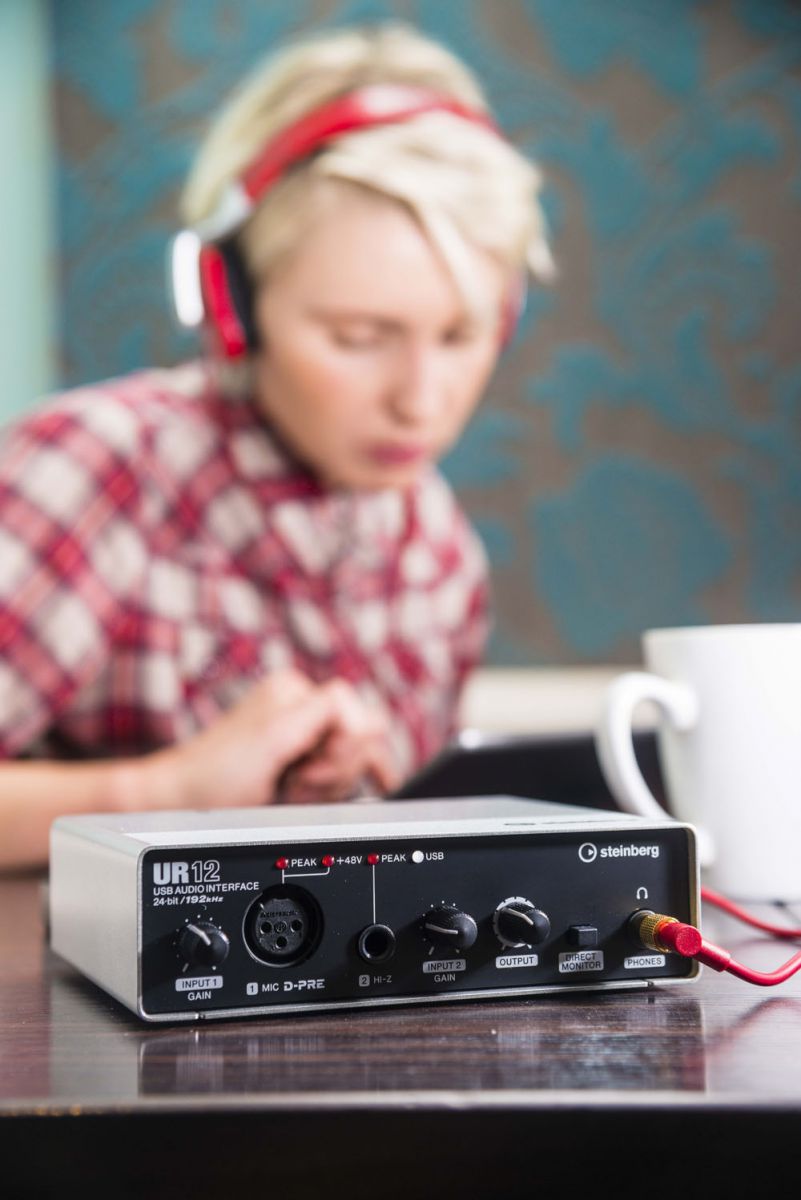 Freely available as download to all UR12 customers, Cubase AI provides a comprehensive set of tools for recording, mixing and editing audio. The UR12 is compatible with other major recording software applications, supports the iPad in class-compliant mode and includes drivers for Windows and OS X systems.

Product marketing manager for hardware, Stefan Schreiber, commented: “Together with Yamaha, we’ve come up with an extremely affordable interface that boasts an impressive feature set. If one adds its portable size, the all-metal casing and superb audio quality to the bill it’s clear that the UR12 is the first choice for mobile setups and small-spaced recording studios.”

Shipping from January 2015, the UR12 audio interface will globally be available from resellers and through the Steinberg Online. The suggested retail price for the UR12 is 119 euros, including German VAT.