Aaton Digital Pushes the Limits of Sound Recording with Cantar-X3

Aaton Digital is already shipping its new Cantar X3 24-track portable recorder, building on the success of the previous Cantar X2 model, much expanded in terms of track count, analogue inputs, digital inputs - both AES and Dante - and in a new futuristic chassis with silent controls. Designed by the same team that created its predecessor, the Aaton Cantar X3 introduces a new human interface with new display based menu control.
What is the common point between the latest Oscar-winning movie “12 Years a Slave,” the movie “Grand Budapest Hotel”, and the “The Legend of Michael Koolhas”, which recently won the top French César award for Best Sound?

From action films, blockbusters to independent movies, from “Skyfall” to “The Hurtlocker,” the Aaton Cantar X2 audio field recorder has been used to deliver high-quality audio to the most demanding production sound mixers. For ten years, the Cantar X-2 has been on of the ultimate benchmarks for audio field recording.

Now, a new machine from Aaton Digital, the Cantar X3 has been designed by the same team that created its predecessor. Presented for the first time during the MicroSalon in Paris in February 2014, the new Cantar X3 24 track recorder echoes the founding principles of the previous Aaton recorder while adding new characteristics. 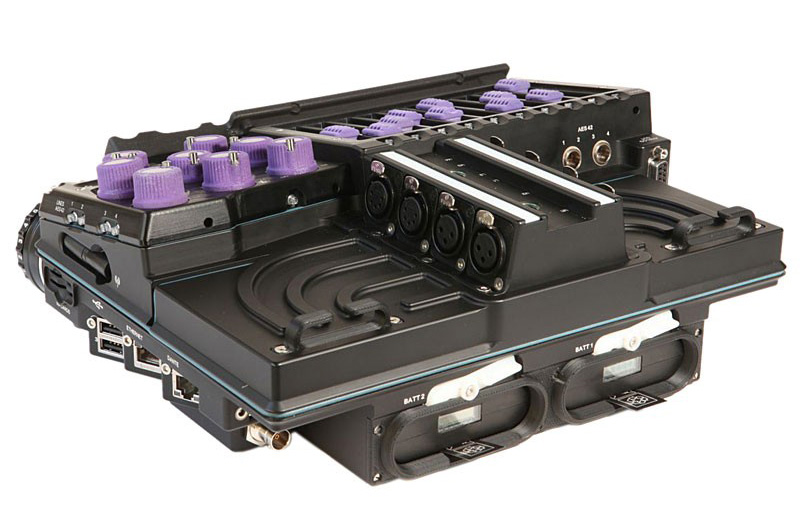 It combines the ergonomics of the X2 and its outstanding microphone preamplifiers which has been redesigned to improve filtering possibilities and reduce the noise level. Also new functionalities such as an optional Audinate’s Dante IP networking, while additional features are accessed through an improved human interface with new display based menu control. Transvideo has designed the display.

The Cantar X3 avionics aluminium machined housing, water and dust proof with a durable coating coming from military industry, together with an exceptionally long run time makes it the perfect portable tool for outside location work. Aaton also added extended linear faders, smooth rotary knobs and silent switches, needed in situations such as a recording in a concert hall.

The Cantar X3 is designed with perfect ergonomics for cart or shoulder operation with a swiveling front panel with an ultra bright large color display and comfortable mechanical controls.
The exceptional multitrack recording audio quality combines with the unique on-board mixer and features integrated reports (PDF and Database) and AutoSlate detection. The new optional Dante board enables bidirectional 32x32 channel communication with the Cantar X3.

External devices can be simultaneously linked to the Cantar X3 through widely used audio and computer connectors adding new capabilities for this machine to be scalable for the next twenty years. 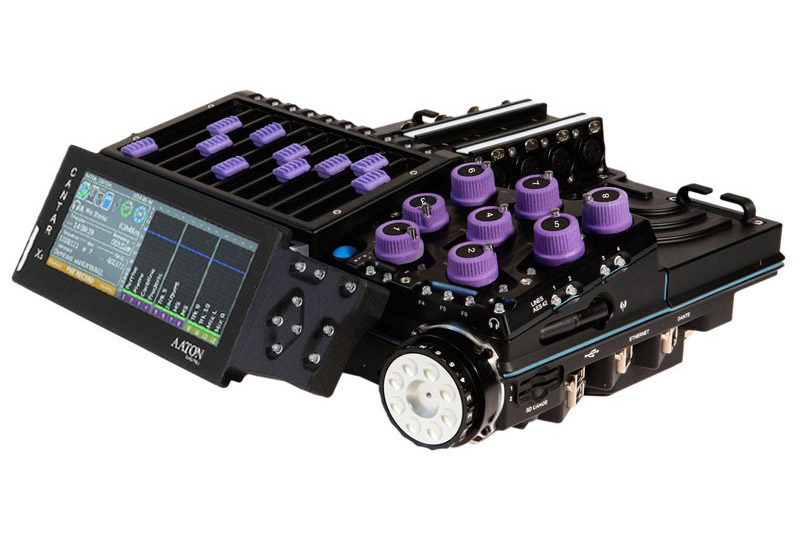 Meanwhile, the Cantar-X3 digital audio recorder has received the prestigious Cinec Award, presented on September 22nd in Munich, Germany during the Cinec Expo. The award was presented to Aaton-Digital & Transvideo CEO Jacques Delacoux by the Society of CineTechnik Bayern e.V. (CTB, formerly Bavarian Society for the Advancement of Film Technology), and awarded in the category of Innovative and trendsetting products and developments in Motion Picture Technology.

At Cinec, on receiving the Cinec Award, Jacques Delacoux said “These two awards recognize the outstanding work done by the Aaton-Digital team and already place the machine as the ultimate On-Location digital audio recorder.”

Established in Grenoble, France, since the early 70s, French Company Aaton made a name for itself with innovations which became widespread in the film industry: in camera time recording, Super 16, built-in video assist, film code readers and accurate data management for non linear editing systems.
Over the last 40 years, Aaton designed products insisting on putting ergonomics first and giving the filmmakers the tools they need to better serve their trade, create new aesthetics and adapt to a constantly evolving industry. In June 2013, Aaton has become Aaton-Digital after being acquired by Transvideo, a French monitor manufacturer, through its holding company ITHAKI.
www.aaton.com
related items