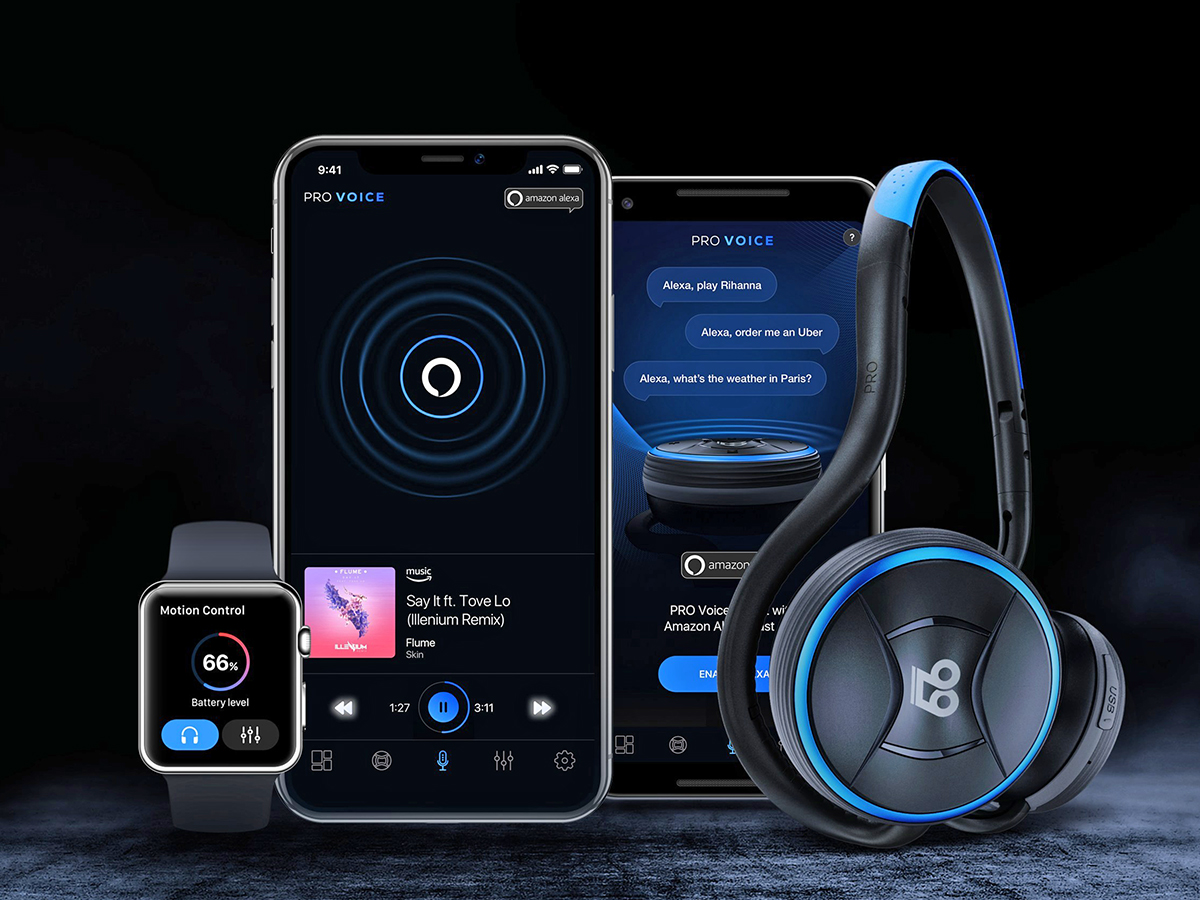 Like the BTS Pro, the PRO Voice Wireless Headphones, push Bluetooth 4.2 wireless technology to the limit, adding optimizations such as 125 feet of wireless range, 40 hours of continuous playback, and control and personalization features via its MotionControl companion app. The durable, sporty design, of the PRO Voice raises the bar and actually gains a lot from the Alexa voice recognition optimizations. It uses a patent-pending 3DRF antenna which is 25% more efficient than the BTS Pro model, while reducing power consumption and RF interference.

In fact, 66 Audio designed a complete "integrated package" allowing users to access tens of millions of songs through Amazon's services like Prime Music, play games and even order a pizza by simply 'asking' - even during music playback. As 66 Audio points out, the power of Amazon Alexa in a wireless headphone promises to deliver an entirely new user experience. PRO Voice features 66 Audio's new ActiveVoice recognition technology along with the MotionControl smart app for iOS and Android, where users can customize numerous headphone features.

At launch, users in the US, UK, Canada and Germany can ask Alexa to play their favorite tracks from Amazon Music, iHeartRadio, Pandora, and TuneIn. Alexa voice control for Spotify will be available following launch. PRO Voice also features voice-control technology such as play, pause, next track, volume up and down so users never have to glance at their smartphone. PRO Voice users will also be eligible to receive a 3-month trial to Amazon Music Unlimited for only $0.99 per month.

"Tens of millions of tracks at the sound of your voice is really a new era in how we experience our music," says 66 Audio Founder and CEO Kristian Kay. "Amazon opened the door with Alexa to empower millions of customers to interact with the future of voice technology, we're here to make it portable." 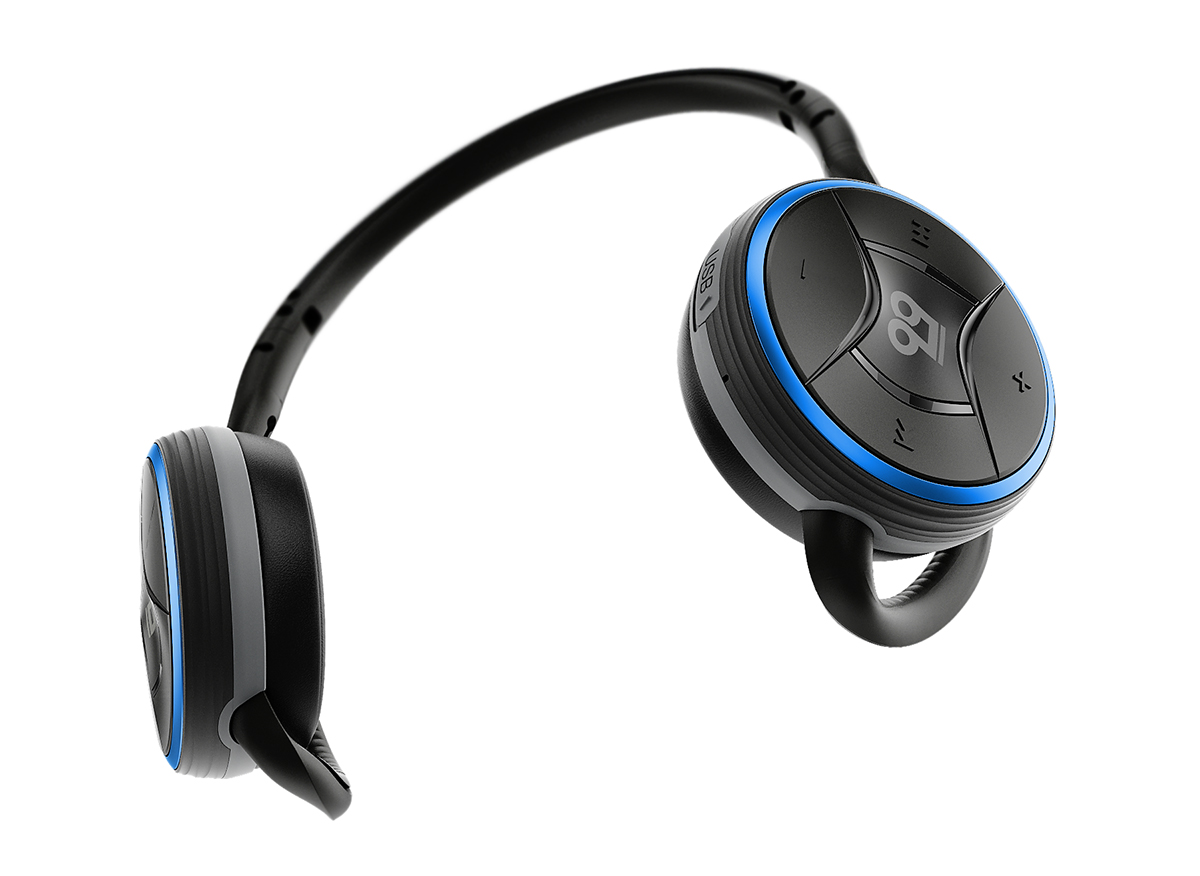 One of the most important optimizations in the PRO Voice design is the ActiveVoice feature, that 66 Audio says was developed over the course of two years to enable a fluid on-the-go user experience even during music playback. Multiple systems work in parallel to provide an always-on voice recognition experience, algorithmically designed for ambient noise environments and music playback while seamlessly interfacing with AVS and the MotionControl app. The result is advanced microphone processing, which also improves voice calls, using next-generation noise cancellation algorithms to remove ambient noise, while improved microphone impedance and sensitivity combine to deliver a crispy conversation. The precisely tuned microphone also enables better voice calls with CVC active noise cancellation to ensure crisp conversations no matter the ambient environment.

Newly updated for PRO Voice and Amazon Alexa, the MotionControl App for iOS and Android now features a new music interface with album artwork, full playback controls and the Alexa Cards interface. When the user asks Alexa for the weather, a Wikipedia fact or a to do list, MotionControl displays these cards at-a-glance. In addition, MotionControl introduces an all-new TrueEQ hardware-based equalizer control, directly implemented on the hardware, allows users to access "Last Locations" and "Find My Headphones" if they lose the headphones, adds support for Watch OS, displays real-time battery status and LED control features, and allows users to configure Alexa privacy controls and localization.

66 Audio continues to push the limits of wireless performance with a new iteration of their 3DRF antenna technology to deliver a wireless Bluetooth range of 125 feet with newer devices, while also offering 40 hours of continuous music playback, made possible with an advanced lithium polymer cell (500mAh), and the help of a USB Type-C connector for easy connectivity. 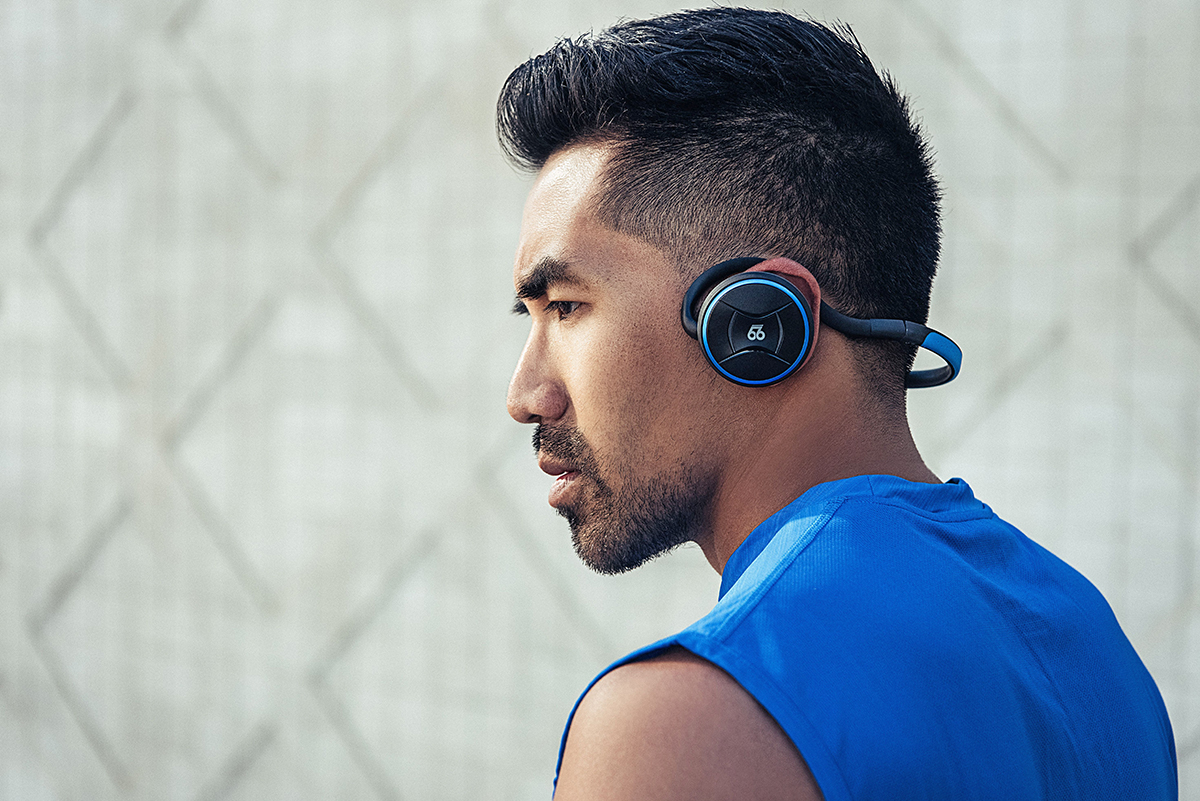 In terms of sound, the design features 36mm dynamic drivers, which deliver the required punch and definition, while keeping the headphones lightweight, portable and efficient. The sound is supported with the latest generations of Qualcomm aptX, AAC and 24-bit DSP audio processing. PRO Voice features 66 Audio's proprietary "66 SoundEngine DSP" technology to enable the highest quality sound with any codec.

PRO Voice is available now directly from 66audio.com as well as through Amazon Launchpad and at Amazon.com for $139.99.
www.66audio.com
related items