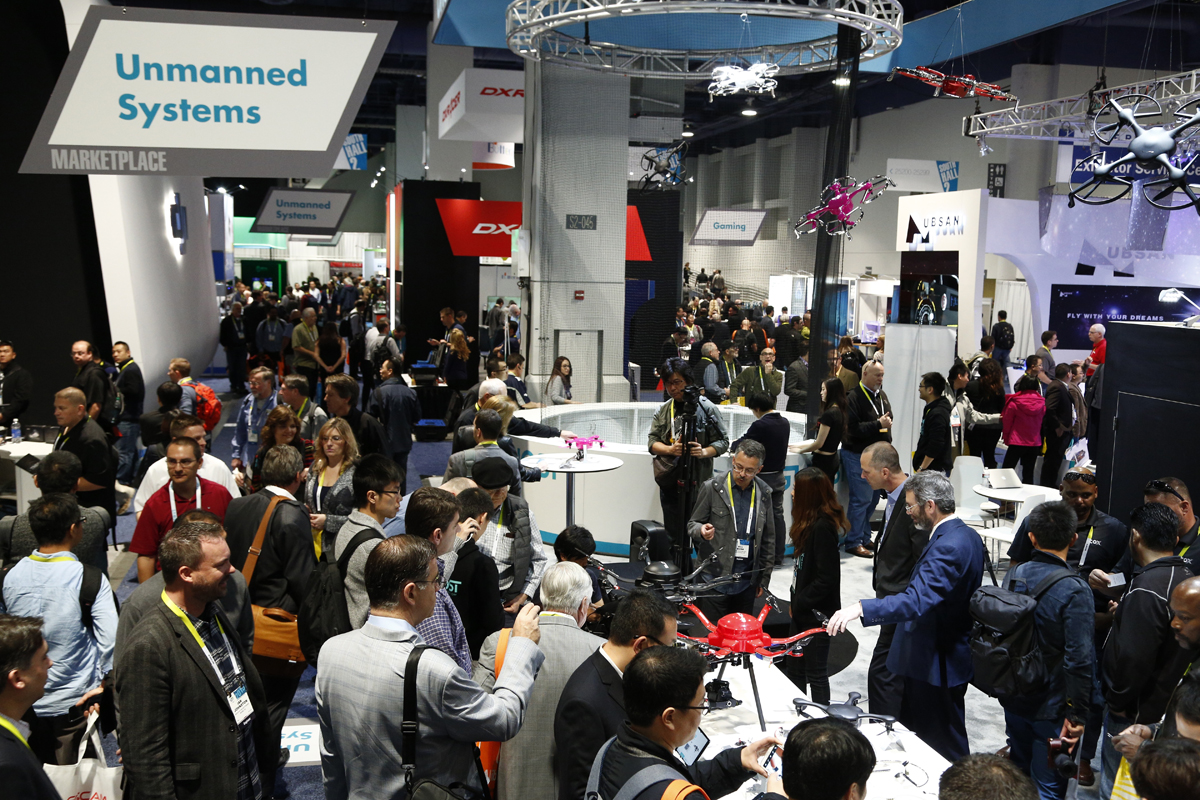 According to Gary Shapiro, president and CEO, CEA, “the International CES is the epicenter for the ever-expanding global consumer technology community, showcasing the promise and power of technology and serving as a platform for all innovators, big and small.”

Samsung President and CEO of Consumer Electronics Boo-Keun Yoon explored the implications of a fully connected world powered by the Internet of Things (IoT) during his visionary preshow keynote Sunday evening, which he called “science fact,” not science fiction. He highlighted several scenarios of life made easier, healthier and more efficient because of IoT connectivity, including TVs that automatically pause when you leave the room, wearables that monitor brain waves to track biometric data and music systems that seamlessly transition from your home speakers to your headphones. “The Internet of Things is about people, not things,” he emphasized. By 2017, Yoon said, 90 percent of all Samsung devices will be IoT-enabled; by 2020, all Samsung devices will be connected to the IoT.

Intel Corporation announced a number of technology advancements and initiatives aimed at accelerating computing into the next dimension. The announcements include the Intel Curie module, a button-sized hardware product for wearable solutions; new applications for Intel RealSense cameras spanning robots, flying multi-copter drones and 3-D immersive experiences; and a broad, new Diversity in Technology initiative, which includes a $300 million investment to encourage more diversity at Intel and within the technology industry at large. 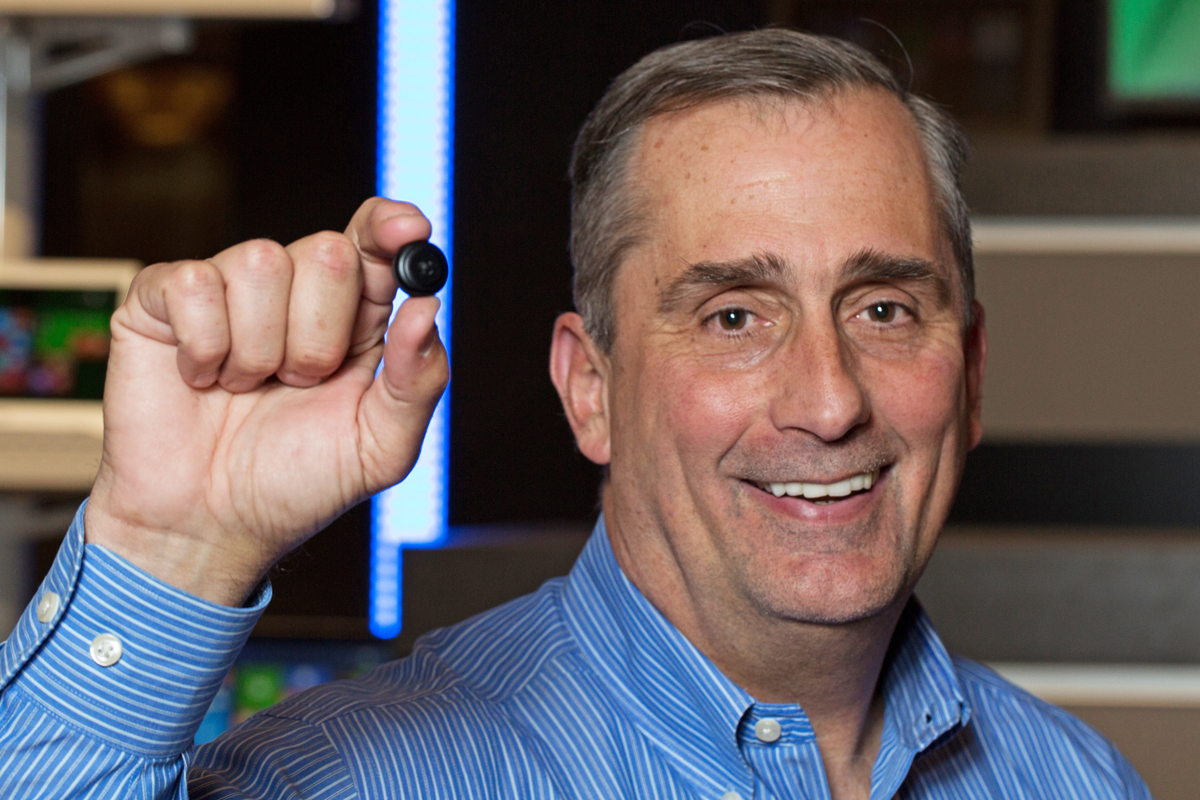 “The rise of new personal computing experiences, intelligent and connected devices, and the wearable revolution are redefining the relationship between consumers and technology,” said Brian Krzanich, Intel CEO. Krzanich disclosed plans for the Intel Curie module, a tiny hardware product based on the company’s first purpose-built system-on-chip (SoC) for wearable devices. The module is scheduled to ship in the second half of this year and includes the Intel Quark SE SoC, Bluetooth low-energy radio, sensors and battery charging.

In the world of imaging,     Panasonic surprised positively with the launch of the world’s first native 4K Blu-ray player, while Sharp was showing the first spec’d 85” 8K LCD and the world’s largest 4K Ultra HD LCD commercial display; and free form LCD display, allowing displays of virtually any shape to be integrated into consumer products. Chinese company ZTE also surprised with its ThesPro 2, a portable 200 lumens smart HD projector with Wi-Fi capability and touch screen controlled with video conferencing via Skype.

The award submissions are reviewed by a panel of industry experts across categories ranging from security, energy management, health and wellness and home theater.

The following are winners of the 2015 Mark of Excellence Awards in Audio related categories:

Multi-Room Audio/Video Project of the Year
BPS Inc, Top of the Ritz

4K UHD television is poised for strong growth in the coming years according to new sales and forecast figures and consumer research released by the Consumer Electronics Association (CEA). Shipments of 4K UHD displays are projected to reach four million units in 2015, marking a 208 percent increase over 2014 according to CEA’s U.S. Consumer Electronics Sales and Forecasts, the semi-annual industry report released at the 2015 International CES.

CEA’s new research study finds one-third of consumers (33 percent) may purchase a 4K Ultra-High Definition TV within the next three years, while almost half of consumers (44 percent) indicate they are likely to purchase a “smart” or Internet-enabled TV, a function commonly available with 4K UHD televisions. When considering the top features that will drive their next television purchase, 27 percent ranked 4K UHD capability as the second most important feature, followed by picture quality (24 percent), a key benefit of 4K UHD TVs. For more than half of consumers (54 percent), price ranked as the most important aspect to consider when purchasing a TV.

Record-Breaking Year Ahead
Revenues for the consumer electronics (CE) industry are projected to grow three percent in 2015 and to reach an all-time high of $223.2 billion, according to The U.S. Consumer Electronics Sales and Forecasts, the semi-annual industry report released by the Consumer Electronics Association (CEA). The total revenues forecast was announced by CEA President and CEO Gary Shapiro during his opening remarks at the 2015 International CES. 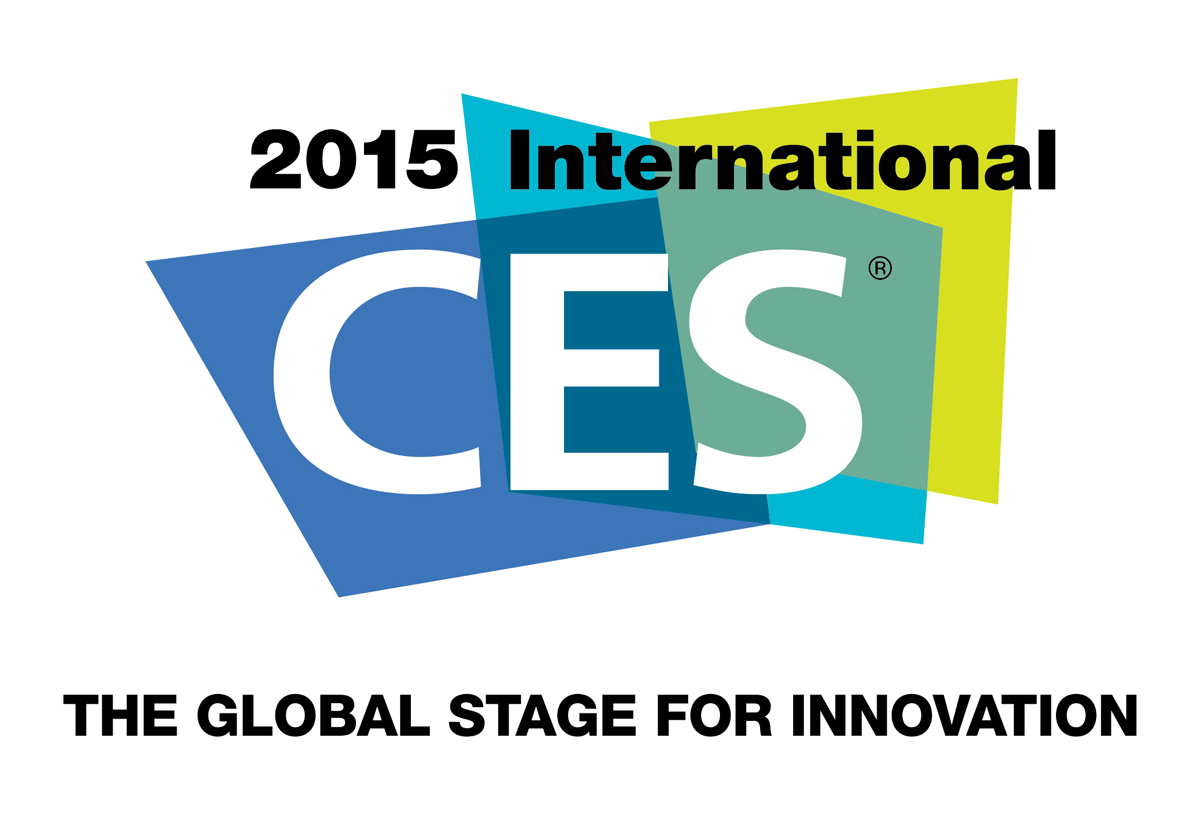 CEA’s consensus forecast reflects U.S. factory sales to dealers and covers more than 100 CE products. The twice-annual report serves as a benchmark for the CE industry, charting the size and growth of underlying categories.

While the emerging product categories represent less than five percent of the entire CE industry revenue forecast, they are expected to contribute almost $11 billion to overall CE revenue in 2015. “Our forecast underscores that consumers’ love affair with technology shows no signs of slowing any time soon,” said Shapiro. “Consumer technology is all about continued innovation. In the blink of an eye, consumer demand has taken off for emerging categories such as wearables, unmanned aerial vehicles and 4K Ultra HD – categories that were too small to track just three years ago. Expect to see these burgeoning categories, as well as innovations across the full spectrum of consumer technology, on display this week at the 2015 International CES.”

The wearable device revolution is a key category to watch in the coming years, and especially in 2015. CEA projects overall wearable unit sales will reach 30.9 million units (a 61 percent increase from last year) and generate $5.1 billion in revenue in 2015 (a 133 percent increase). CEA’s wearables category encompasses fitness activity bands and other health and fitness devices, as well as smartwatches and smart eyewear.

Sales of mobile connected devices, specifically smartphones and tablets, will continue to stand as the top two revenue drivers of the CE bottom line in 2015, representing 34.1 percent of the total CE industry revenue. Although revenue growth for these categories has slowed as the category has matured, unit sales will continue to see increases.
​ 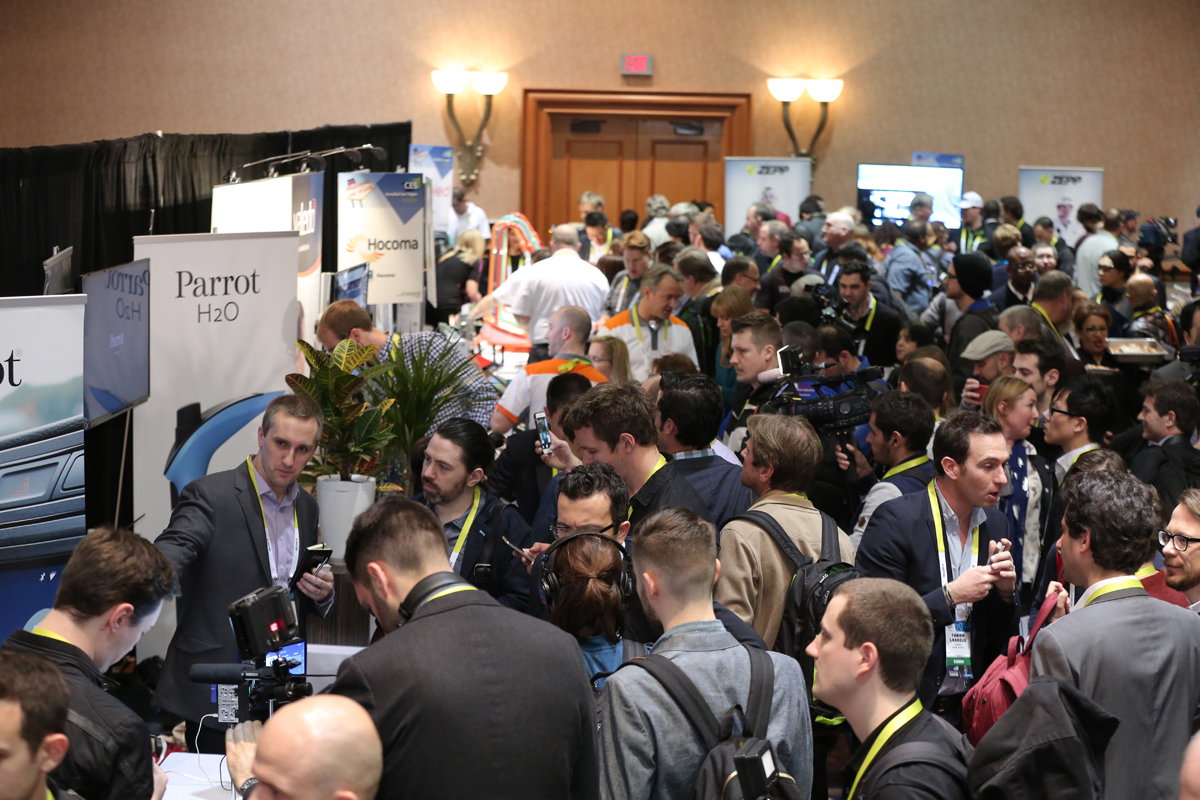 Larger screen sizes and innovative display features have more consumers upgrading their video experience. TV sales remain critical as the industry’s third-largest contributor to the total revenue with sales of TV sets and displays projected to reach $18.3 billion in 2015, down two percent from 2014.

Other CE categories expected to enjoy positive growth in 2015 include audio, electronic gaming and laptops. Automotive electronics will see continued growth due to new vehicle sales in 2015, reaching $14 billion in revenue, a 3.3 percent increase.

“Even those who have not yet adopted high-resolution audio products see the technology as cutting-edge,” said Koenig. “More than a third (37 percent) of consumers are interested in listening to high-resolution audio for the benefits of higher sound quality.” The location in which consumers want the best possible music sound quality is the home, followed by the car, on the go and the gym. Among consumers interested in high-resolution audio, the study identified two groups of consumers who make up 83 percent of audio technology spending: high-tech audiophiles, who tend to be men, younger, and more ethnically diverse, and emotional music lovers, who tend to be women with an average age of 38.

The MHL Specification was developed by Nokia Corporation, Samsung Electronics, Silicon Image, Sony Corporation, and Toshiba Corporation as a standard for mobile wired video/audio connectivity, which will enable the development of standard-compliant mobile and display products across a broad connectivity ecosystem.

Features of superMHL Include:
•    Delivery of up to 8K 120fps video
•    Deep Color support up to 48-bit color depths
•    Wider color gamut to view content the way filmmakers intended
•    High-Dynamic Range (HDR) support to strike the perfect balance of bright spectral highlights along with shadow details
•    Immersive surround sound with support for object audio such as Dolby Atmos, DTS-UHD, 3D audio, and an audio-only mode
•    Advanced connectivity configurations to link multiple MHL devices together (TV, AVR, Blu-ray player) and control them via one remote
•    Power charging up to 40W
•    Content on multiple displays when connecting a single device
•    New reversible superMHL connector
•    New support for the MHL Alt Mode for the USB Type-C specification

superMHL mandates a minimum set of feature requirements so consumers are guaranteed a full video experience on their 4K or 8K devices. To support these advanced features, MHL has introduced the new reversible superMHL connector. This 32 pin connector can carry concurrent video, data and power charging all in a slim, consumer-friendly form factor. A reversible design means that consumers don’t have to worry about the plug’s orientation or the cable’s direction eliminating frustration and offering a high level of flexibility.
The superMHL specification will be available for download at the end of January 2015 at: www.mhltech.org

New LoRa Alliance to Standardize IoT Wide Area Networks
Another important industry effort is the one being planned by the newly formed LoRa Alliance (LoRaAlliance.org), creating the largest, most powerful consolidated effort by industry leaders to enable the Internet of Things (IoT).

During its first meeting held at the Consumer Electronics Show (CES), the LoRa Alliance mission was defined as an effort to standardize Low Power Wide Area Networks (LPWAN) being deployed around the world to enable Internet of Things (IoT), machine-to-machine (M2M), smart city and industrial applications. The Alliance members intend to collaborate in order to drive the global success of the LoRa protocol (LoRaWAN) by sharing knowledge and experience to ensure interoperability between Telecom operators.

“The LoRa technology is ideal to target battery operated sensors and low power applications, as a complement to M2M cellular connectivity,” said Richard Viel, Chief Operating Officer of Bouygues Telecom. “The LoRa Alliance is an essential step to ensure interoperability and, therefore, mobility across Europe for our customers.”

“To encourage the mass adoption of low cost, long range machine-to-machine connectivity, open ecosystems are critical,” said Dr. Thorsten Kramp, Master Inventor, IBM Research. “In addition to IBM's support of the LoRa Alliance, we have also released the IBM ‘LoRaWAN in C’ as open source under the Eclipse Public License, which provides a solid foundation for the development of a broad range of end devices compliant with the LoRaWAN specifications.”

“With LoRaWAN, entire cities or countries can be covered with a few base stations, no longer requiring the upfront rollout and maintenance of thousands of nodes as in traditional mesh networking. This has made IoT possible now, with minimal infrastructure investment,” said Olivier Hersent, CEO of Actility.
www.CESweb.org
related items