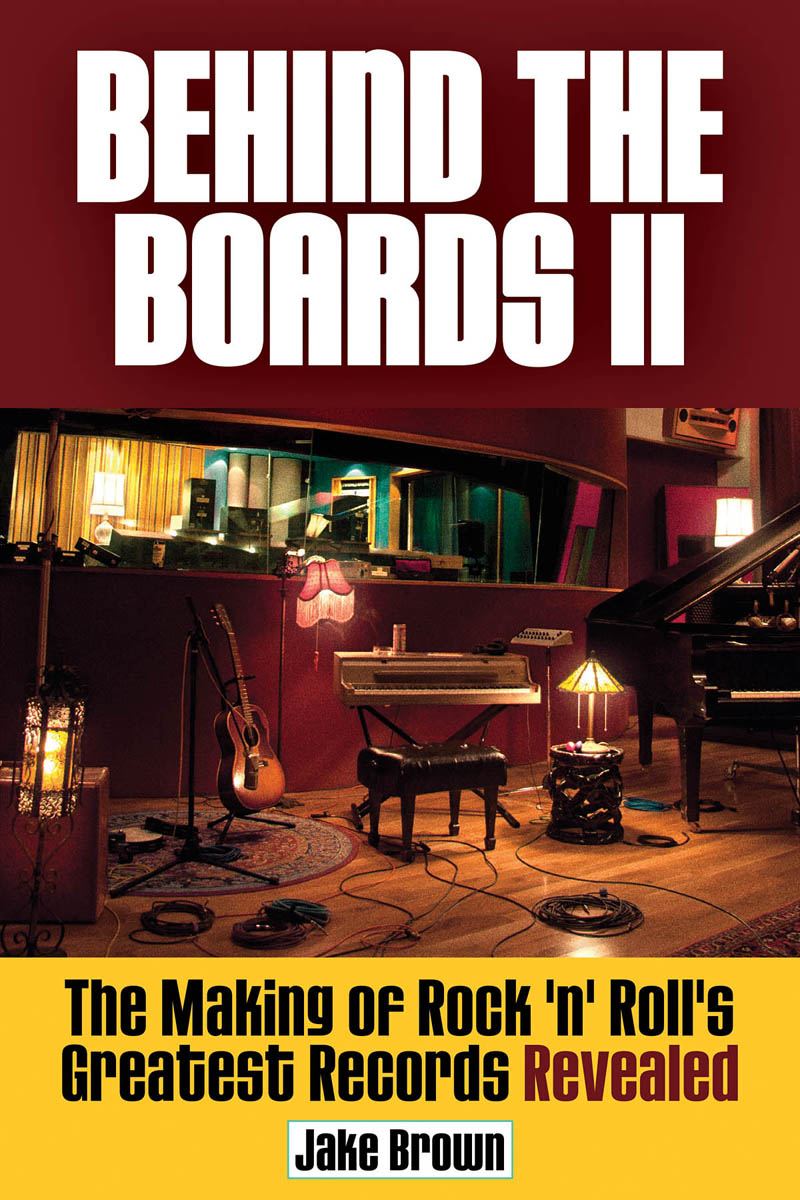 Behind the Boards II: The Making of Rock ‘n’ Roll's Greatest Records Revealed, takes us inside the creation of still more legendary rock gems, including “Hotel California” by the Eagles; “Should I Stay or Should I Go?” by the Clash; “Rocketman” by Elton John; “Ziggy Stardust” by David Bowie; “Start Me Up” by the Rolling Stones; “The Thrill Is Gone” by B.B. King; “Take a Walk on the Wild Side” by Lou Reed; such Beatles classics as “I Am the Walrus,” “Helter Skelter,” and “Give Peace a Chance”; as well as still more hits by Def Leppard, Billy Idol, Stevie Ray Vaughan, George Thorogood, the Police, Jackson Browne, Survivor, Foo Fighters, the Stone Roses, Ozzy Osbourne, Heart, Joe Satriani, Rick Derringer, Peter Frampton, Huey Lewis & the News, Tool, Jon Bon Jovi, Daughtry, Michael Jackson, Whitney Houston, Lenny Kravitz, Tracy Chapman, Steve Miller, Simple Minds, Foreigner, and many more!

A skilled writer and music biographer, Brown brings the reader into the studio by seamlessly oscillating between narration and interview, weaving together the history and context surrounding these classic recordings with the voices of those who were there, behind the boards. Behind The Boards II is a fascinating collection of tales of the technical and human elements behind some of the greatest music of all time.