Bryant framed the discussions from the outset, focusing on the consumer use cases and talking about Futuresource research which indicated that radio and music are absolutely front and centre in usage. “Other, perhaps more trivial, parts of the mix seem to be starting to fall away,” he said. “Could it be because we’re moving away from the early adopter to the early majority? Could it also be that there are other factors to explore here? Is the novelty wearing off for some existing users? The element that shines through here is that, regardless of everything else, music and search is hugely important to consumers when it comes to voice and will continue to be a focal point for the majority of people.”

Voice Control, Search & the Living Room
Sound United’s Sietsema talked about the convenience of voice. "It has a level of accessibility that is far greater than any other application could ever have. Most of our business is done within the living room, so when we think about primary use cases, we try to centre in on where the consumer experiences the most challenges with operating in the home.

“We spend a lot of time looking at remote controls and it's still very problematic for people to get them up and running. We keep asking ‘how do you leverage voice to improve the TV viewing experience?’ Voice is a convenience, but there's still so much to do and innovate within that space. It’s a challenge of amalgamating cable, satellite, movies, Netflix and everything else for search. The browsing component is still untapped. If you're going to browse, in many cases you want visual feedback of what you're looking at. But there’s also the opportunity for troubleshooting and customer services. Voice helps complement that, because you don’t have to open up an owner’s manual or delve into your laptop for the answers.”

Roku’s Moller added to the theme: “We’ve had voice assistance for a few years and we see it as complementary to the buttons. We’re looking to expand it from a voice assistant to an entertainment assistant, searching and finding the information that you want. However, it is a complementary solution, depending on each consumer’s individual preference. The most important aspect of all this is that the user gets to the content as quickly and as conveniently as possible. That's how we see it.”

Education Still a Challenge
Netgem’s Shan Eisenberg added that as well as developing the devices, it’s also about educating the users, and people are learning the most effective ways to use voice. “It’s already becoming very apparent in some interaction models. Once they get it, users understand how to access the content they want, and it becomes very intuitive, very quickly. Commands like ‘Alexa, show me comedies from the 1980s starring Tom Hanks’ make the process so much quicker. Trying this approach with traditional search techniques can be very difficult.”

Eisenberg added that as well as developing the devices, it’s also about educating the users, and people are learning the most effective ways to use voice. “It’s already becoming very apparent in some interaction models. Once they get it, users understand how to access the content they want, and it becomes very intuitive, very quickly. Commands like ‘Alexa, show me comedies from the 1980s starring Tom Hanks’ make the process so much quicker. Trying this approach with traditional search techniques can be very difficult.”

Amazon’s Scheepers stated that education is still a challenge. “We are still training the users,” he said, “but we don’t want to, but it is happening. We prefer to record the friction when Alexa says, ‘I don’t know how to do that’, or has to be asked multiple times. Then we learn how to change the interaction model, make it more responsive and more accurate. However, you can also ask Alexa ‘what's new?’ and ‘what can you do?’. We try to keep these experiences as voice-centric as possible.

“There are also a lot of high-profile brands who add skills to Alexa that are just rated one star. It can be very dangerous to launch too early just to be able to say you have the feature. If brands aren’t responding to a direct customer need then it can hurt their sales across the board.”

Bryant steered the conversation further towards the TV and the importance of the set-top box. Stating that Pay-TV is in 60% of homes in Europe, he asked the panel whether they see Pay-TV providers integrating with existing voice assistants or coming out with their own solutions.

In response, Roku’s Moller said, “Voice has been important to us for a couple of years now, particularly when you have a lot of content. When you have 5,500 channels or apps that you can consume content from, browsing the apps on a remote is going to take a while. We intend to expand that functionality to be better at recommending and helping people find the right content. You will see multiple voice assistants on our platforms as well. It doesn't necessarily have to be one takes all. We will find a good way of making that work well for the consumer.”

Netgem’s Eisenberg added that there is likely to be less and less bundled content in a consumer’s package, a thin layer and then they pick and choose. “Which one, from where, what do I subscribe to? What do I like? When is the new season starting? From where? What am I subscribed to already? It's a fantastic technological challenge, but it's also an interesting one from a content perspective,” he said. 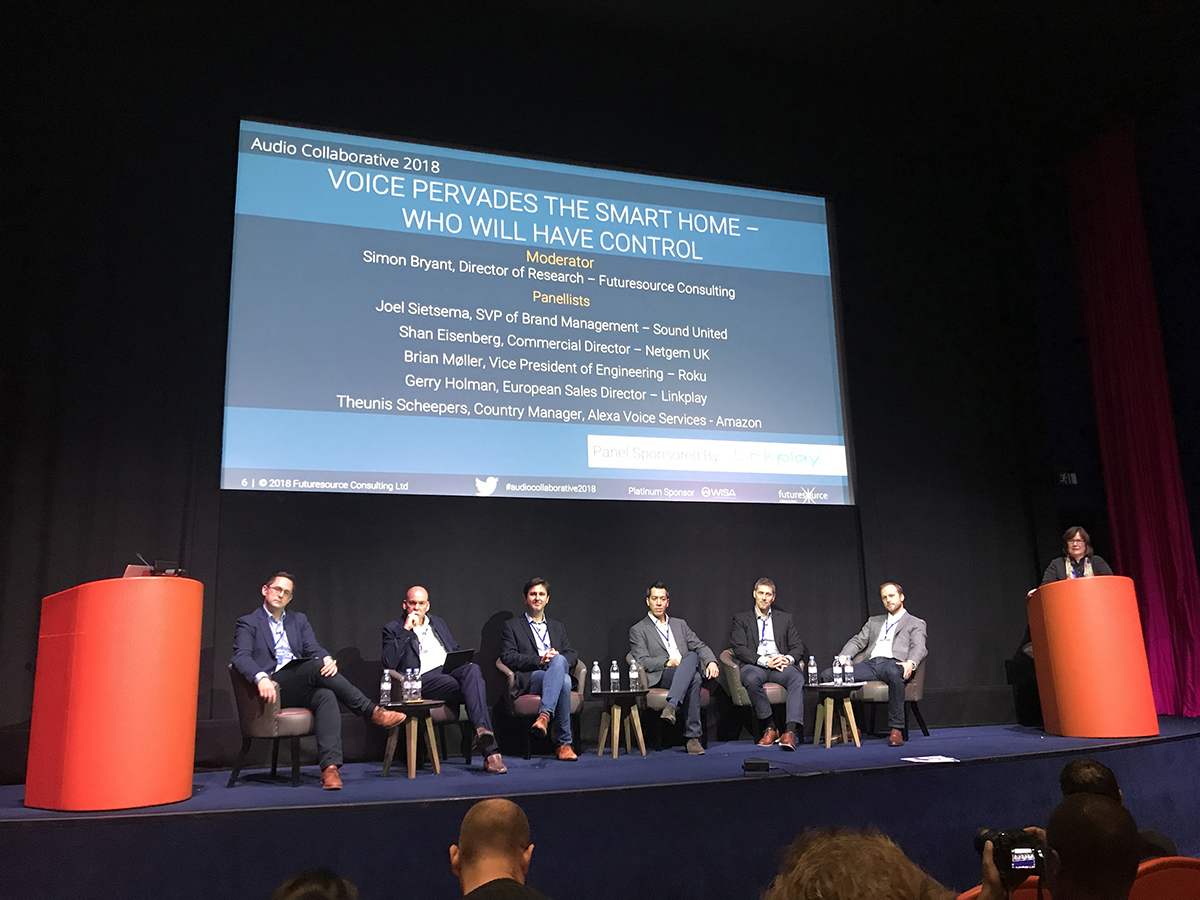 When asked about the subject of concerns for third party speaker companies, Linkplay’s Holman told the audience that “It’s catch up time. The third-party devices just don't have the same functionality as first party devices. However, our latest modules now have all the first party features. We've caught up with the first party products, including multi-room and calling. We're ready to go.”

Bryant commented that this lag has been spoken about by the industry, but consumer research has not picked up on it. “Perhaps this will catch up in time for consumers to not really notice. Also, third party devices may have a USP beyond what first party devices can offer, by working across more than one proprietary platform.”

Privacy Concerns
Moving onto the subject of privacy and voice assistants, Eisenberg suggested that the smartphone is actually the perfect spying device, not a voice assistant. “Our smartphones have cameras, microphones and GPS. We carry them around with us all the time. We use them everywhere.

“It's more about making people aware of how the technology works. Considering the smartphone, it's convenient, you can make calls and access the web. But from the human perspective, it's more about boredom. I can always take my smartphone out, amuse myself and solve that problem. With voice, I'm not sure we've really identified that killer use case yet. We're still learning. It's still so early. We’re only four years in.”

Amazon’s Scheepers added, “We think there will be consumers who just won’t use voice, because of privacy concerns. However, the benefits of having contextualized search and a tailored experience, because of what you tell it, will outweigh the disadvantages for many consumers. People will make the decision, some will use it and, some won't, and that's ok.” 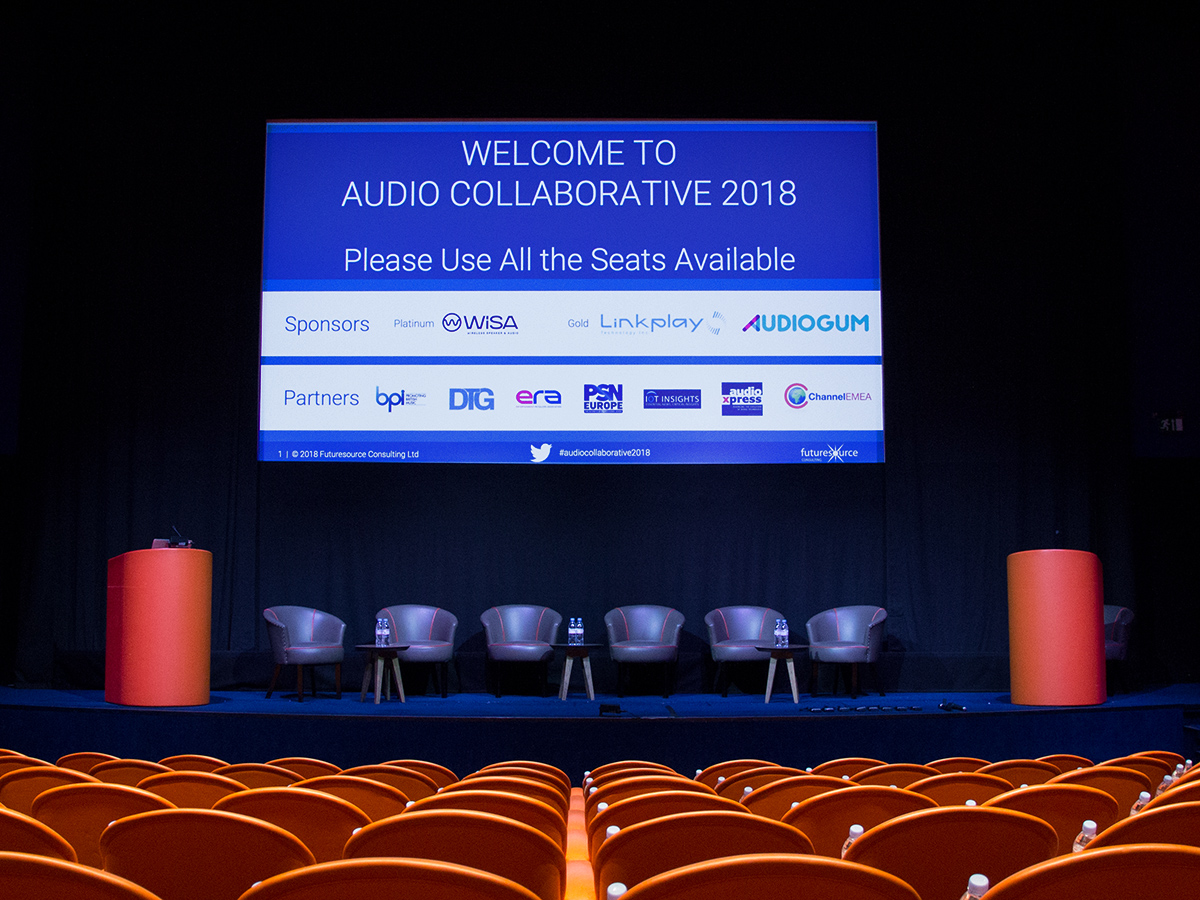 The Future of Voice
Linkplay’s Holman pointed to a holistic voice future: “We’re working with all manner of use cases. We started in the audio entertainment world and produced many modules for this area. Beyond entertainment, we’re seeing the kitchen assistant being looked at by a lot of people in more and more detail, whether to control a juicer or give recipes. In automotive, there’s a lot going on in navigation and calling. The real hot areas of future interest and development are in telecoms, automotive and home appliances.”