Purifi Audio - A Straight Wire to the Soul of Music 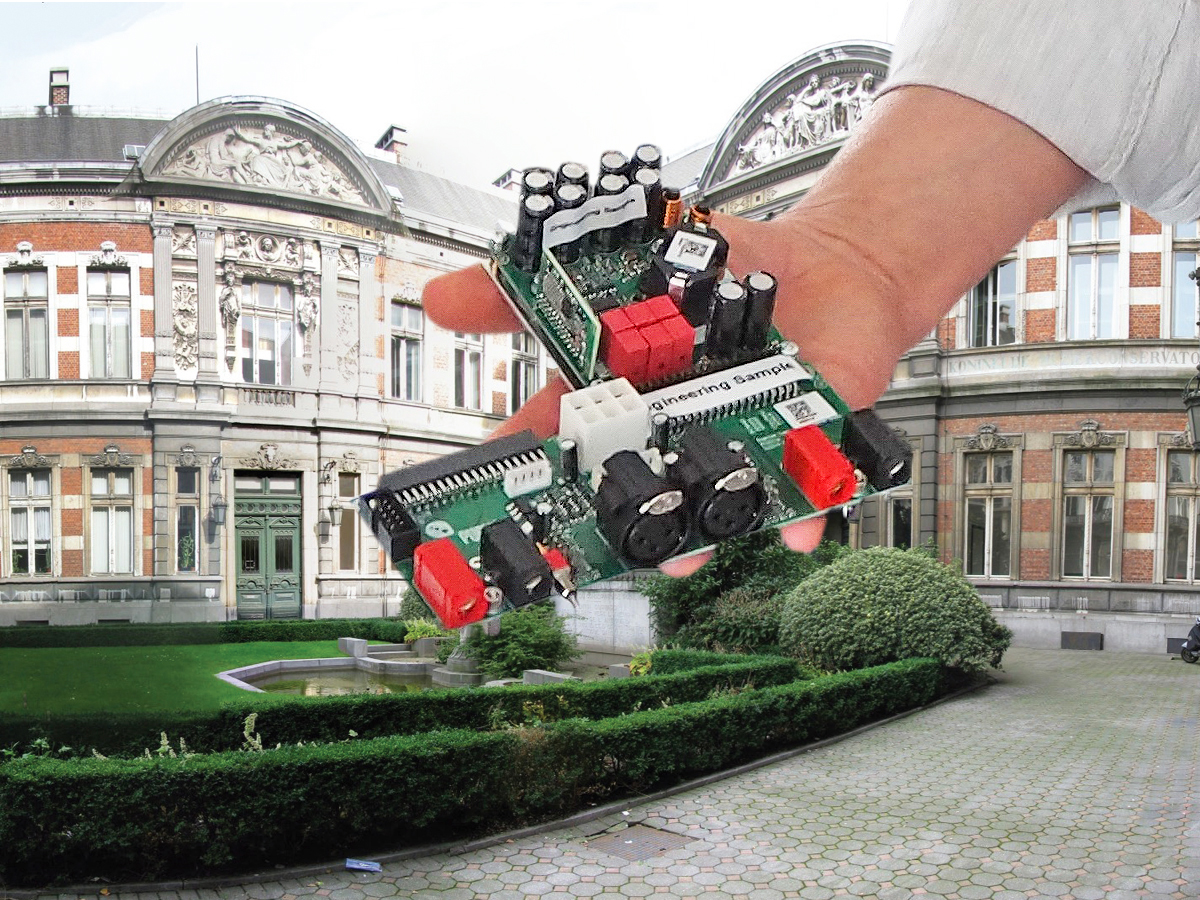 Bruno Putzeys (Photo 1) kicked off the event with a technical presentation on his new Class-D creation. His NCore amplifiers were touted to be more linear than any other amplifier in any other class, but some recent products challenged that statement, so it was time for a next leap forward. Sporadic reports of a sort of “granularity” in the sound reproduction also prompted an investigation into whether this indeed happens, and if so, what would be the cause. After a long and winding road, Putzeys finally found a culprit: hysteresis in the ferromagnetic material of the amplifier output filter coil.

Figure 1 highlights the issue. We all know the familiar B-H curve of ferro-magnetic materials. We tacitly assume that the signal traverses the B-H curve in each direction as given in the graph. What was found was that the flux at a specific point on the curve can be different depending on how you arrive at that point. For instance, following the path 1 through 6 takes you through points 2 and 5, which are actually identical points on the curve but with different flux values! So there is an element of hysteresis, memory if you like, which causes strong nonlinearity. Although the feedback loop decreases all nonlinearities it encloses, if the error is large enough it can make itself heard in the output signal. This also suggests the solution: just increase the loop gain (that is, the amount of feedback)!

The crux for increased feedback is a tailored compensation loop, but to be able to design that you need to be able to model how the amplifier (and its output filter with the output coil) varies in gain and phase at any load and any level within its working envelope, and adapt the feedback/compensation loop accordingly. That appeared surprisingly hard for a self-oscillation Class-D amplifier. For instance, the amplifier’s “gain” is different at a rising edge of the switching waveform compared with the “gain” at the falling edge, so you should somehow account for that in shaping the loop. As Putzeys explained, you can consider the self-oscillating amplifier as a sampled system with two separate regular sampling trains, one for the rising and one for the falling edge, with the gain at each sampling point being different and with a time offset corresponding to duty cycle.

The new amplifier loop can now be analyzed like a noise shaper, with nonlinearities in the audio band strongly suppressed at the expense of amplifying errors far outside the audio band (see Figures 2–5). The amplifier self-oscillates where that gain becomes infinite. Further details were — understandably — not given but a few performance graphs speak loud and clear.

Risbo Discusses Modern Speaker Drivers
After the break, Lars Risbo (Photo 2) took the floor with several observations about modern speaker drivers. (In case you were wondering about the unusual team up of a speaker designer with an amp designer: the magnetic hysteresis distortion — the memory and crackling noise problem described by Putzeys — is also a big issue for speaker drivers!). With the move to smaller speaker drivers, the stroke of the drivers had to be increased to maintain acoustic output. But that move also increased nonlinearities and Risbo has done a lot of research targeted to make a small, long-stroke driver sound as good as the traditional large-area short stroke drivers of yesteryear.

Intriguingly, although an increase in the second harmonic distortion is expected when moving to longer stroke, above Fo that increase was much higher than what is predicted by the (non-symmetry) of the B-L curve.

Why is that?
And here again, magnetism and its many shapes rears its head. Risbo first explained that the nonlinear component of the force is already there before the magnet is added. Voice coil inductance is dependent on the position of the voice coil in the gap due to the iron in the assembly. That inductance is at a maximum with the coil at the center position. Modern drivers often use some kind of shorting ring, often from copper, to reduce the inductance variation but this setup has the minimum inductance at the maximum coil excursion, so here is an inherent nonlinear system (see Figure 6).

That nonlinear force is separate from the desired linear force that’s created when the magnet is added to the system. With the cause of the nonlinearity identified, things were in place to develop a cure. With the new motor, they were able to lower the distortion by nearly 40 dB compared to the industry standard. This is illustrated by the current harmonic distortion graphs (both vs level and frequency). The telltale sign is the HD3 ratio that rises only slowly with level and a HD3 that takes over at higher frequencies after the motional distortion has dropped off (see Figures 7–9).
A second issue that limits driver linearity was mentioned as well, namely the effect of the surround. Most surrounds are (a variation on) the half-cylinder. It is easy to see that when the cone moves forward and backward, the equivalent area of the surround that contributes to the acoustic output changes. So this causes a position dependent variation of the effective piston area which again is a nonlinearity in the system. Some drivers with an experimental surround, designed to keep the effective area constant, were shown and demonstrated in a two-way system. Photo 3 shows an example of an experimental surround.

This was a very interesting evening with a unique insight in where the thinking about these issues is heading. The performance of our audio systems is higher than it has even been, and because of thinkers like Putzeys and Risbo it still gets better! aX

This article was originally published in audioXpress, September 2019.