In this article, Richard Honeycutt reviews John Kane’s book, which examines how sound engineering pioneer Bill Hanley’s contributions in outdoor live sound helped create the entire music production industry. Through an extensive nine-year interview and archival process, Kane uncovered how Hanley and his company, Hanley Sound, impacted a developing festival and concert marketplace. This article was originally published in audioXpress, July 2020.
In today’s world, we take live sound and public address systems for granted. It has not always been so. Although the first electrical public address system was demonstrated in 1915 (Jensen/Pridham), and such systems have been used occasionally since then, in 1946 when third-grader Bill Hanley of Medford, MA, fell in love with electronics and audio, good sound reinforcement at concerts or even at public speeches was the exception rather than the rule. Sound Guru Don Davis’s book title, If Bad Sound Were Fatal, Audio Would Be the Leading Cause of Death, indicates that the same could have been said in 2004. 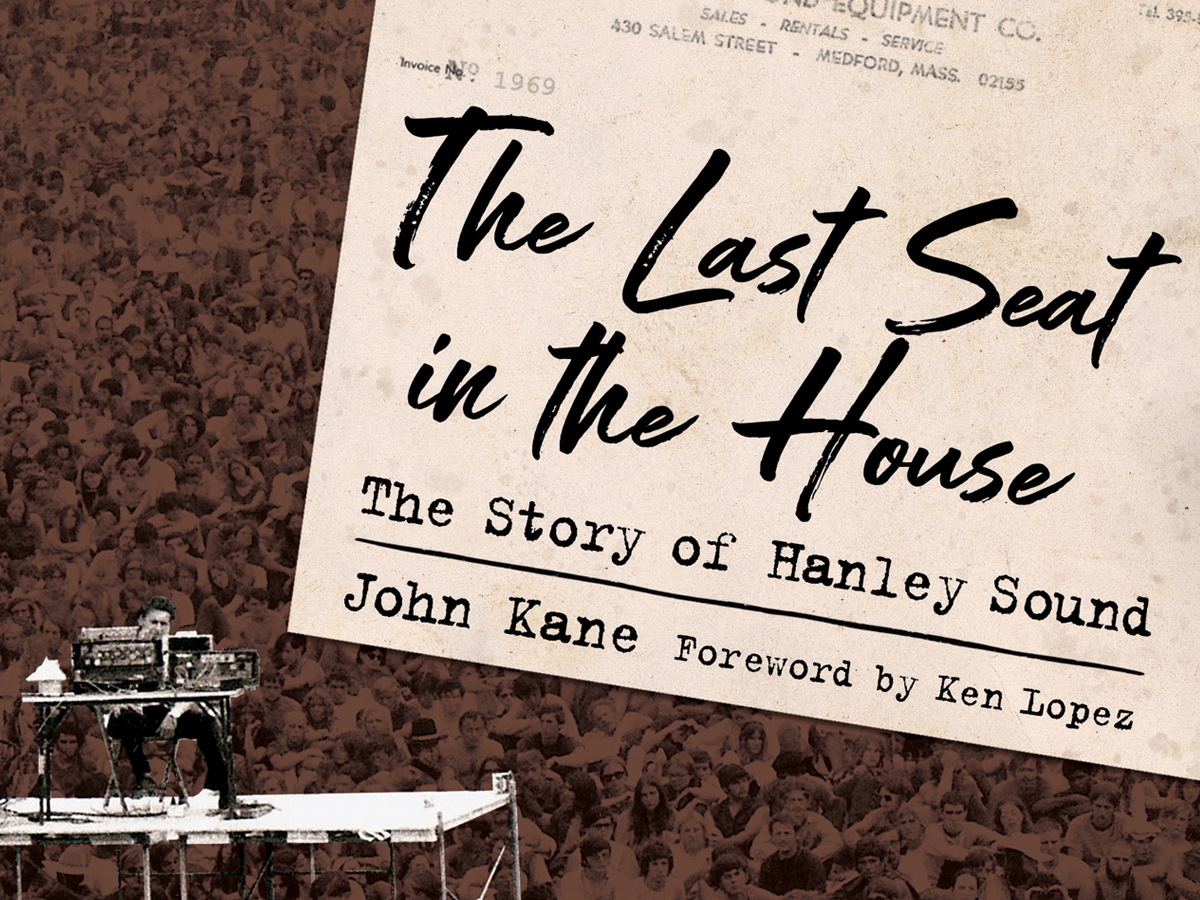 Yet undeniably there have been major improvements in the quality of reinforced sound in the years since 1950, and much of the credit for this improvement rightfully belongs to Hanley. Hanley and his crew provided sound systems at the Newport Jazz, Folk, and Opera Festivals, and Fillmore East. They covered concerts by most of the best-known 1960s rock bands including the Beatles and Jefferson Airplane, and the Lyndon Johnson inauguration. Hanley Sound was the go-to sound company for the huge rock music festivals of the 1960s and early 1970s, culminating in Woodstock.

The new book The Last Seat in the House by John Kane tells the story of this immensely successful self-trained engineer with an unmatched ear and instincts for good sound in a very human manner. The author is a faculty member in the Design and Media Department of the New Hampshire Institute of Art. He recounts the history of Bill Hanley and his company that literally created the modern concert-sound industry during the decades of the 1950s and 1960s.

The story begins with Hanley’s early development of his passion for good sound. Then it is organized topically, rather than chronologically, although the overall thread generally moves with Hanley’s history. So readers will occasionally find themselves having jumped back a few years in mid-chapter. This stylistic feature is easy to get accustomed to, once the reader figures out what is happening.

Kane’s purpose was not to write a technical journal of the evolution of live sound systems, although he does list some of the equipment models Hanley used for various venues through the years: the Altec A7 and the Klipsch La Scala speakers, the McIntosh 275, and the Crown DC-300 amps, for example.

An interesting perspective is presented by the author’s listing the emergence of other major sound companies during Hanley’s career: Stanal Sound in 1962, Clair Brothers in 1966, and Showco in 1970, to name a few. Without exception, the founders of these  companies credit Hanley for his pioneering ideas in providing good sound for large venues.

Although Hanley used primarily horn speakers for bass, midrange, and high frequencies, Kane quotes him as saying that the speakers had to be stacked high, because such stacking “compresses the sound” [into the audience area]. In today’s jargon, we would say that the tall stacks provide directional control down to bass frequencies, putting the sound where the people are, rather than wasting it by shooting over the heads of the audience and thereby creating complaints from neighboring residents. This is the exact principle behind line arrays — pretty much the standard speaker configuration used today for large indoor and outdoor venues. Hanley was aware of the importance of correct aiming to provide even coverage without creating interference that would mar the sound. 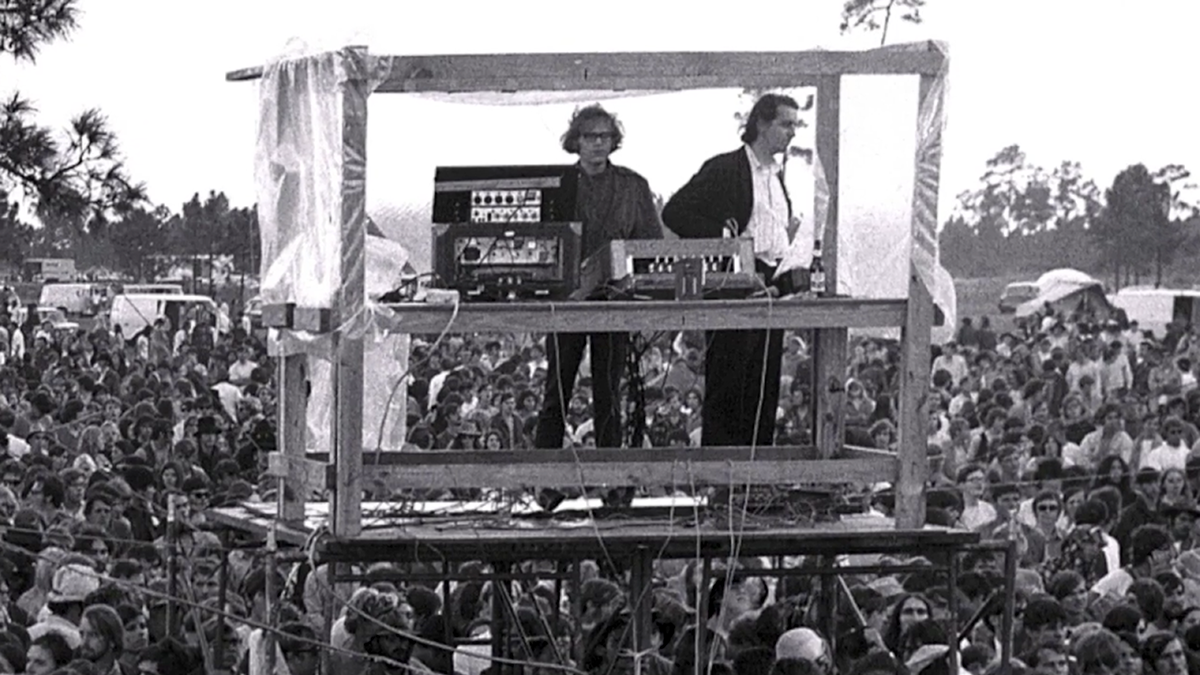 Like many other sound companies, Hanley Sound built many of its own speakers and even its own mixers. In fact, Kane recounts the story of the custom sound console that Hanley and his employee Harold Cohen collaborated on for Woodstock. Despite heroic efforts including transporting the console to Yasgur’s farm by motorcycle, the console was not operational in time for the show. 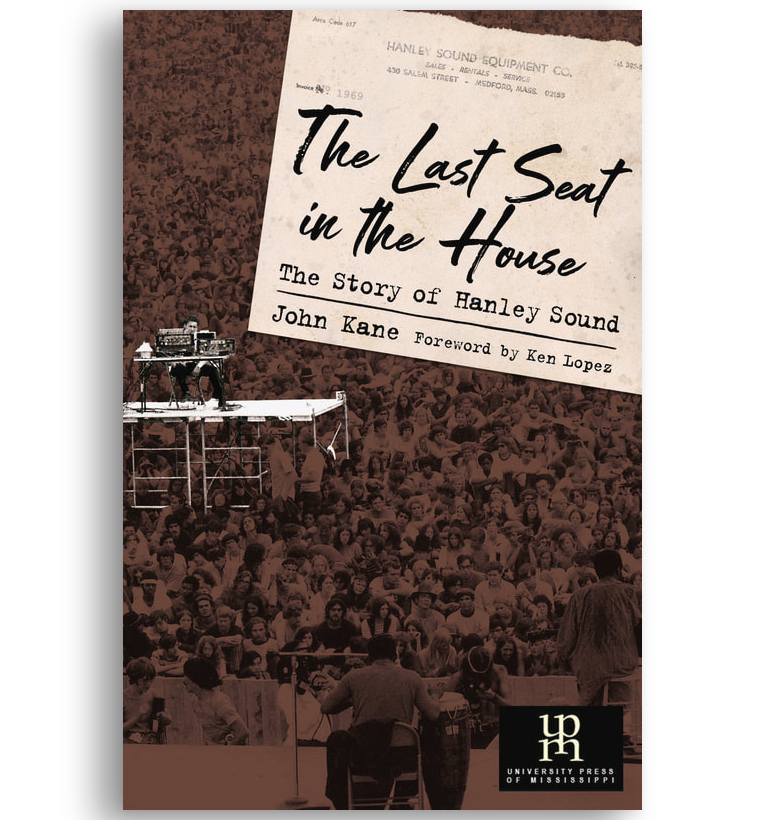 Anyone interested in the personalities, vibes, and technical advancement of the jazz, folk, rock, and even classical music industry from the 1950s through early 1970s will find The Last Seat in the House fascinating. Kane has done an admirable job of transporting the reader back in time to a very complex and swiftly changing era, rife with technical, societal, political, and musical revolutions. Anyone who is active or interested in live sound will learn from this study of its roots. Those who lived through those times will find that the book evokes many memories and emotions. Those who have grown up since then will find it enlightening. aX

The Last Seat in the House
By John Kane, 2011
University Press of Mississippi, 2020.
www.thelastseatinthehouse.com

This article was originally published in audioXpress, July 2020.
related items