Birgit Bartel-Kurz (Senior Engineer at Fraunhofer IIS) details the ongoing research at the Fraunhofer IIS institute on more immersive audio solutions for automotive applications. The article explores how to apply new audio processing algorithms in actual playback systems for cars, and how the Sonamic Panorama signal processing technology from Fraunhofer creates an immersive in-car sound experience from a simple stereo source. This article was originally published in audioXpress, June 2020.
Today’s car buyers are looking for something special when they search for a new vehicle. The interior and optional equipment are becoming increasingly important, including sound systems. And these systems are now able to reproduce sound in a more immersive way than ever. 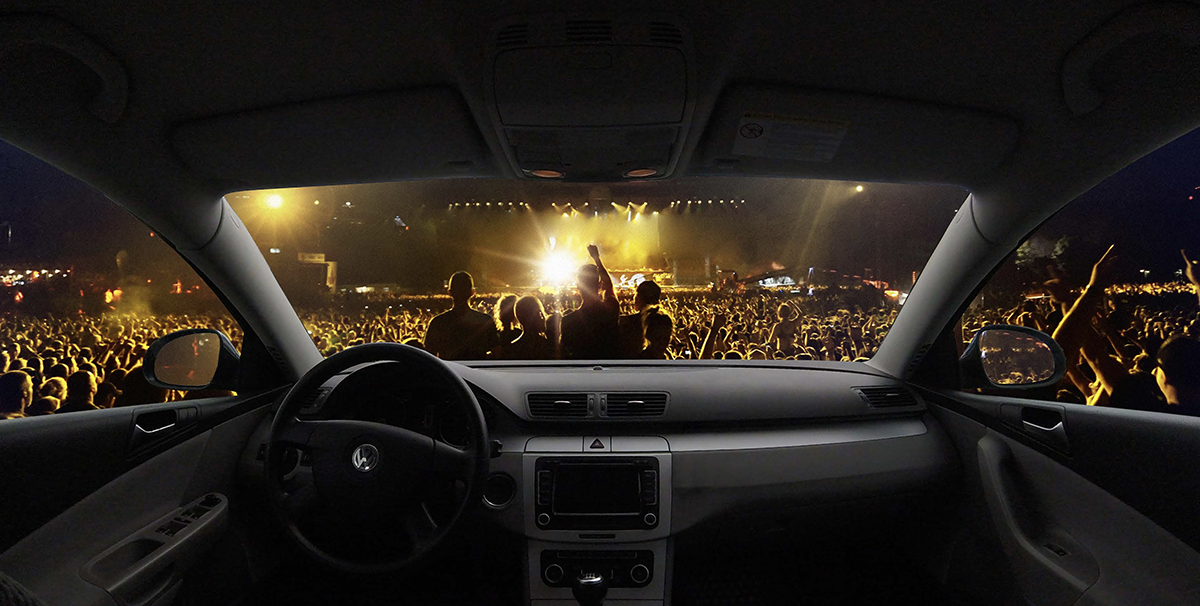 Modern algorithms make it possible to offer high-grade surround sound in vehicles, making driver and passengers feel as if they were on stage with the band they are listening to, or sitting in the midst of a string quartet. But enabling immersive audio playback in the car is a challenge. Neither the speakers nor the  passengers are in the right position for a perfect listening experience, and while the passengers sit amidst the speakers asymmetrically, the many smooth window surfaces evoke unwanted reflections. Conventional audio systems hardly overcome the limitation and are not able to reproduce an impressive, genuine spatial sound experience.

The latest automotive audio signal processing technologies now enable music enthusiasts to feel the sound in all its emotional intensity even while on the road. Solutions such as Sonamic Panorama from Fraunhofer IIS make it possible to use a stereo input to produce an immersive in-car sound experience. Sonamic Panorama was developed for medium, compact, and small class vehicles and makes optimal use of existing hardware components.

The underlying algorithm separates the individual stereo sound sources and evenly distributes them in a U-shaped soundstage that surrounds the passengers. In addition, the playback is kept free of artifacts and is robust to poor reception quality.

Stereo Sound Goes Immersive
While conventional surround algorithms focus chiefly on the distribution and partly also on additional generation of ambient components, Sonamic Panorama implements a rendering concept that primarily analyzes the direct sound components and actively works with them. The underlying algorithm extracts the individual sound sources from a stereo recording and fans them out evenly around every single occupant of the vehicle. Sound sources that are panned to the sides in the stereo image are placed at the sides or the rear sides, while central sources remain acoustically unchanged in front of the listener. This lets listeners better appreciate and discover details of the sound mix that would otherwise obscure each other in the original stereo playback.

A stereo recording contains a position in the stereo image for each sound element (e.g., singing and instruments). This corresponds either to the real position of the instruments during recording or else is subsequently assigned during the mixing of the material in the studio. The lead vocals, say, are generally placed in the middle. In this example, this means: both channels of the stereo mix contain the same signal components for the singing, so that it seems to come from the middle.

In a stereo playback, the two stereo channels are each assigned to an output channel. If the loudspeakers are arranged in an ideal constellation, the listener experiences the sound in a spatial yet rigid manner with a deflection of approximately 60°, which recreates the intended stereo image. However, a stereo recording contains even more. Therefore, the Sonamic Panorama algorithm analyzes the image in greater detail and splits the two channels into several directional segments. The segment in the middle contains the components that are located on both sound tracks with the same presence (e.g., the narrator or the lead vocalist). Meanwhile, the outer segments contain the components that are located only on the left sound track or only on the right one. The segments in between contain components that have a predominantly left or right orientation.

By taking into account the existing loudspeakers and their positions, these segments can be fanned out around the listener, whereby sound sources situated on the edges of the stereo image are placed at the sides or from further back (see Figure 1).

In addition to the direct sound components, a stereo recording also contains diffuse, so-called ambient room sound components. Sonamic Panorama can recognize these and separate them from the original recording. For the desired panorama effect, this ambient room information is also spatially expanded, before ultimately being merged back together with the distributed direct sound segments.

One Algorithm, Four Steps, and Intensity Levels
The core of Sonamic Panorama is a modern, frequency-based algorithm consisting primarily of four steps that are executed in real time (see Figure 2). Step 1 is the analysis of the (stereo) input signals and their separation into direct and ambient sound components. To obtain the directional information present in the recording, an analysis of the direct components in the frequency range is carried out. These are grouped into several directional segments (e.g., left, near-left, center, near-right and right). In Step 2, the segments are then spread out according to their intensity level and the position of the loudspeakers. Step 3 concurrently adjusts the ambient components spatially according to the direction of the reverb-producing sources. Finally, in Step 4, the spread-out direct and diffuse components are merged back together in the final panorama audio signal.

Depending on the sound system’s operating concept, the Sonamic Panorama algorithm can be a fixed part of a certain sound preset or it can be connected up by the user as an optional extra.

The final audio signal can be made available in up to four intensity levels: From 0 (stereo) to 3 (intense surround experience) as shown in Figure 3. These levels are distinguished by the degree of spreading and the weighting of direct and ambient components. The definition of the individual intensity levels can be coordinated, with their characteristics particularly dependent on the position and quality of the rear loudspeakers.

No Additional Sound Components
The processing of signals takes place in real time without introducing signal delays and switching artifacts even when activating the processing. No extra sound components — whether diffuse or direct — are added: Sonamic Panorama intervenes exclusively in the positioning of the sound events and fans them out. As a consequence, a “dry” recording without dominant room sound components remains dry even after the processing. As for pieces with little in the way of stereo components, such as when the focus is on a narrator, the effect is correspondingly minimal. As such, the narrator remains dominant even after the processing.

Sonamic Panorama is particularly suitable for use in small, compact, and mid-range vehicles and the panorama effect can be achieved with every basic tuning that generates a conventional, frontal stereo sound image. Equally, combinations with various sound presets and seat-dependent optimizations are possible. The algorithm does not require any additional or special loudspeakers, but is scalable nonetheless. It can be operated from as few as four loudspeaker positions. How far the individual sound segments fan out around the passengers depends on which loudspeakers are fitted behind the passengers and where. If a system has only a small number of loudspeakers, the focus lies automatically on increasing the quality of the sound experience in the front seats.

In addition, Fraunhofer sound engineers optimize the sound for every vehicle type through the precise coordination of relevant parameters with the separate Sonamic Panorama Tuning Library (see Figure 4).

Through the use of modern, intelligent signal processing based on spatial analysis and the ability to distribute signals in a targeted manner, Sonamic Panorama can achieve a remarkable improvement in sound intensity at no significant extra expense. After all, the small number of loudspeakers required has a positive effect on costs and vehicle weight.

Since the start of 2020, Sonamic Panorama is available in various models from European vehicle manufacturers and enhances the respective in-car entertainment systems with high-grade surround sound. In the future, high-quality audio systems for vehicles are set to become even more important than they are today, especially with regard to autonomous driving: After all, in an autonomous car, the driver no longer has to concentrate on the road. Instead, passengers can make the most of their free time: listen to their favorite music, watch an exciting movie or enjoy a computer game, which will drive the demand for in-car immersive audio even further. aX

This article was originally published in audioXpress, June 2020.

About the Author
Birgit Bartel-Kurz studied Mathematics at Darmstadt University of Applied Science in Germany and graduated in 1987. Prior to joining Fraunhofer IIS in 1998 as a software engineer, she held positions at Bosch Telecom and Mannheim University of Cooperative Education. After initially working in the field of digital broadcast applications and traffic information systems at Fraunhofer IIS, Bartel-Kurz has dedicated her expertise to the institute’s automotive audio technology range as a project manager since 2012.
related items