Audio Manufacturing in Vietnam: An Introduction to a Brave New World 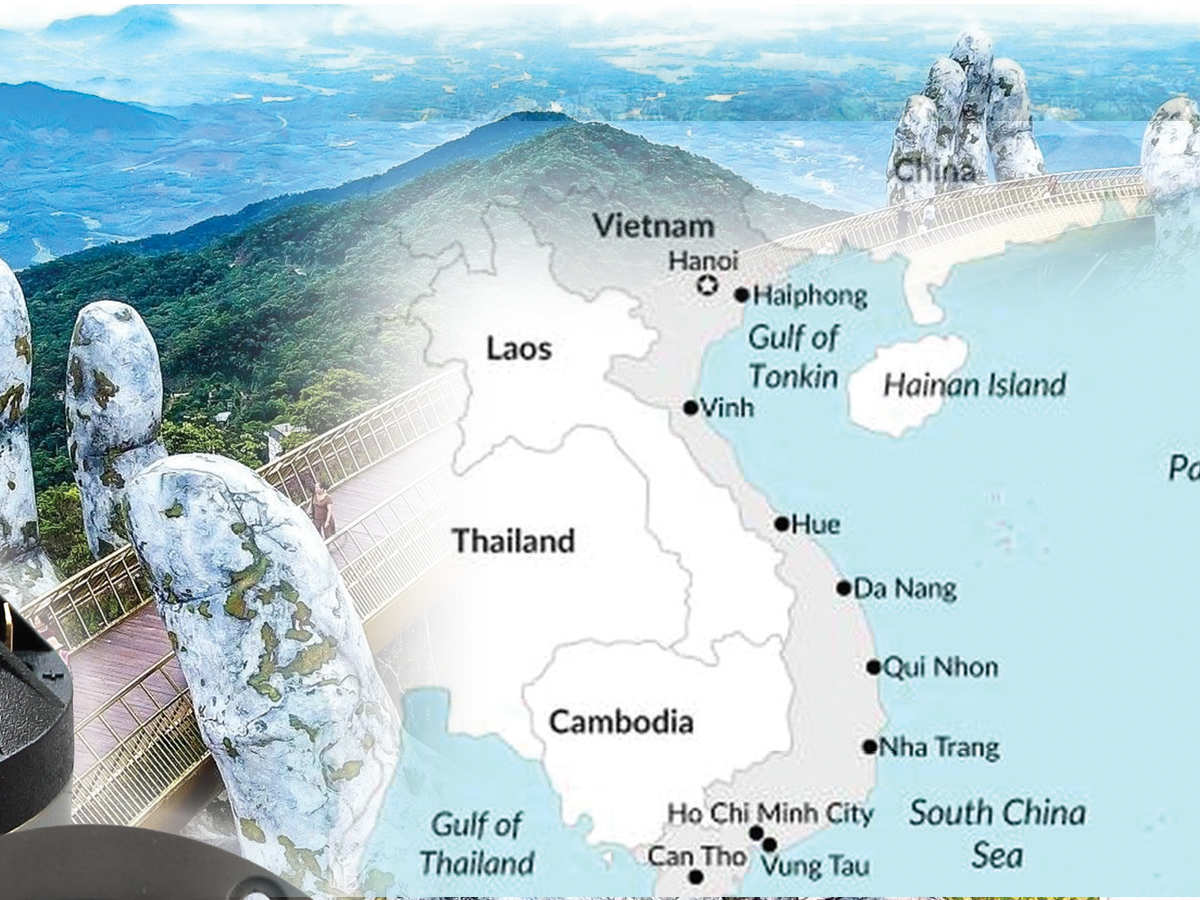 For decades China has been a good supplier, and most Chinese audio vendors are committed and in the industry for the long term. Over the years, both factories and Western brands grew to understand how to work together for a win/win. Those of us who worked in Asia long ago developed our favorite vendors, hotels, and restaurants. However, rising costs of sourcing from China has increased over the years, and now with the burden of tariffs, some importers are reaching the tipping point. World trade is a zero sum game, which means there is one pie and it gets cut up into several slices. If one guy gets a bigger piece, someone else gets a smaller amount.

We sent more work to China as it was a great value proposition, which means less work was left for the US workers, unions, and other well-paid employees here. This was great for our bottom line and made our product lines more competitive. But over the last few decades, our infrastructure has been hollowed out. Neither Democratic nor Republican politicians had interest in R&D tax credits or incentives for our innovations to be built in new factories here, or retraining workers who lost their jobs to offshoring.

Regardless of your politics, our relations with China are not going well and continue to deteriorate. China’s renewed legal constraints in Hong Kong are destabilizing that resource and the stress and finger-pointing from the pandemic have added fuel to the fire. The risks and repercussions of overly concentrating the supply chain in one geographical/political source are now painfully apparent. Moving away won’t be easy for Asian transplants in China, as they are finding the supply chains there are more developed compared with emerging markets. Local Chinese governments also offer tax incentives and friendly investment policies to encourage manufacturers to stay.

For all these reasons and many more, we won’t be completely leaving China anytime soon, and the strategy of “China +1” is the new message of the day. And today’s choice for the +1 is loud and clearly: Vietnam.

Vietnam looks to be the best addition, due to its close proximity to China, and therefore, close access to parts via air, sea, or land. The Vietnamese government is offering tax breaks and subsidies to those industry leaders who would want to set up their business in the country. We are entering “The Golden Age” of Vietnamese speaker manufacturing.

Background Information
Vietnam is the easternmost country on the Indochina Peninsula and is bordered by China to the North, Laos and Cambodia to the west, and part of Thailand to the southwest. Hanoi has been the capital city since the reunification of North and South Vietnam in 1976, while the largest city is Saigon (Ho Chi Minh City). Da Nang City and port is in central Vietnam. Since 2000, Vietnam’s economic growth rate has been among the highest in the world and Vietnam’s production base has matured. Industrial parks are located in the country’s south, central, and north. In the Loudspeaker Industry Sourcebook (LIS) directory you will see many firms in Bắc Ninh province in the Red River Delta of the north.

While as of yet, there are no non-stop flights from the US to Vietnam, it is within the range of the 787-9 (of which Vietnamese Air happens to have a few). There are also many international flights to Vietnam from China, Taiwan, Hong Kong, and the Philippines, which fly to the main airports in Hanoi and Saigon. In central Vietnam, Da Nang’s industrial parks are likely to attract many audio factories (GGEC has its new factory there). International flights to Da Nang airport operate from Singapore, Seoul Korea, and Kuala Lumpur, Malaysia. Hotel pricing is low, even for the international chains.

As for a side trip from China or Hong Kong, flight time is about two hours from a dozen airlines and about $100 from some decent and safe low-cost carriers. Vietnam requires that all US citizens have a visa to enter the country. US citizens who apply for Vietnam visas in the United States are issued multiple entry visas valid for one year. To see Hanoi and other cities in Vietnam, it is necessary for US citizens to have a valid Passport and a travel visa.

The attitude toward US visitors is surprisingly friendly although with the pandemic raging in the US, we are not particularly welcome at the moment. Domestic flights are inexpensive and safe. Conversely, the train takes forever (20 hours from Saigon to Da Nang, and 30-plus hours to Hanoi). Crosscountry, Ho Chi Min (Saigon) to Hanoi is a 2-hour flight, and Saigon city to Da Nang is 1-hour-and-20-minute flight.

While the wages are low, with labor costs about a third of China’s, it would be smart to recalibrate our new business partners. The message is it would be best to learn from our painful lessons in the 1970s war — don’t underestimate these guys! There are more than 60 colleges and universities in Vietnam, with quite a few that offer engineering degrees, including graduate programs. Some of these have not just recently sprung up (e.g., Vietnam National University in Hanoi was established in 1906). Another leading source of electrical engineers is Hanoi University of Science and Technology (established about 65 years ago), which also offers masters programs in engineering.

French was the official language of Vietnam from the beginning of French colonial rule starting in the 1850s until they were kicked out in 1954. Literacy in Vietnam is more than 97%, and it is painful to compare that to 79% in the US.

Business Investments
Vietnam is on track to attract nearly $40 billion USD in foreign direct investment this year. That word comes from Vietnam’s government, which says it’s the highest inbound investment figure in 10 years. And money for manufacturing and other projects is coming from elsewhere in the region.

This year, South Korea is the country’s biggest source of outside financing— making up more than 20% of all foreign direct investment flowing to Vietnam. Second is Hong Kong — with nearly the same amount, but that story is looking quite bleak. Singapore, Japan, and China round out the top five foreign investors in Vietnam. However, US firms are also increasing their presence in Vietnam, sometimes by way of their suppliers.

Apple’s largest assembly contractor Foxconn has recently increased its presence in Vietnam. In 2007, Foxconn announced that it would invest $5 billion in Vietnam, and this was expected to help bring Vietnam into the global supply chain. Foxconn kick started its Vietnamese investment by opening two factories, worth $160 million in total, in Bac Ninh’s Que Vo Industrial Park.

The minimum wage is $1,000 per year, but in the main cities, salaries are much higher. However, China factory salaries for the same work are currently half the cost or less in Vietnam. Some of the established audio manufacturers have already moved significant production to Vietnam. Twenty years ago, Estec (Korea) came to Vietnam with its first factory. Soon ESTec and Foster (Japan) built joint-venture speaker factories, both in the north. Today, microspeaker giants AAC, Goertek, and Bujeon now have factories in Vietnam. China’s first speaker company, GGEC, has also set up a factory in Da Nang (central port city).

Luxshare is likely below your radar, but this group is an Apple vendor (AirPods) and includes Merry Electronics and Sonavox. It is also firmly entrenched in Vietnam. GoerTek, the other AirPods vendor, has also moved production of the wireless earphones from China to Vietnam to avoid being caught up in the escalating trade friction between the US and China.

Korean Anam established its Vietnamese factory in 2013 and further expanded in 2018, making integrated audio electronics (e.g., soundbars) for Harman and others. Aside from loudspeaker assembly developments, there has been a long established speaker parts infrastructure in Vietnam. In 1996, Taiwanese transplant CX Technology wanted to expand from Taiwan but not to China. It made the bold move to establish a production base for forging back plates and top plates in Vietnam.

PoYun, known for its voice coils (and diaphragms), has been in Vietnam since 2012 and recently opened a new plant in the Hai Duong province in the North. From lessons learned from past migrations, most speaker assemblers will get their production under control using established Chinese key components, but issues could crop up as local parts vendors continue to expand into the supply chain mix.

Uniquely, the Vietnamese supply chain boasts a very special member in Power Development — a neodymium magnet factory. I would mention that the ore is readily available from California and from Australia (these sources now supply 40% of Chinese feedstock).

Open for Business
The promise of a Vietnamese oasis can easily dissolve into a desert mirage. Vietnam’s total population is 95 million, and it won’t take too many customers transferring their Chinese-sourced production to Vietnam before there are more jobs than workers... and while unions may not follow, count on inflation and a bidding war for techs and engineers. There must be some sense of déjà vu for those who remember Korea in the mid-1980s when salaries exploded from $0.40 cents an hour to $8.00 by the time of the Olympics took place in Korea (1988). At least for the speaker industry, it moved onto China and never came back.

Around this time, there was also a huge shift of high-tech manufacturing to Malaysia, and the resultant ramping up of wages and inflation throughout the 1990s, abruptly followed of the exodus of manufacturing business into China. This process left the Malaysian economy devastated by a 10-year depression and the long-dark audio factories of Eastech, YKS, Forum Audio, Dai-ichi Malaysia, Yahorng, and others (of which a few are now reopening)— but that is a story for a another article.

While the sweet spot for Vietnam speaker manufacturing may only last for the next 5 years or so before this low-cost country with smart tenacious people gains the standard of living they deserve, Cambodia and Lao are just next door getting ready for their shares of the manufacturing pie. VC

This article was originally published in Voice Coil, September 2020, complete with a directory of Vietnamese Audio Industry Vendors.