Exciting Insights Into the Latest Technologies

The 137th AES Convention in Los Angeles, CA, (October 9–12, 2014) will certainly be one of AES’s most complete and relevant technical programs. Several of the topics relate to the issues we have been following in audioXpress—from spatial audio and transducers to room acoustics, cinema sound, and audio signal processing. 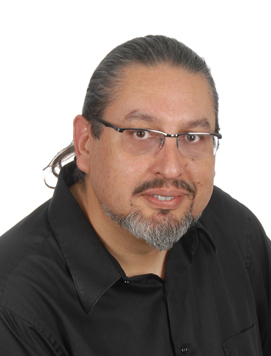 While working on the October 2014 audioXpress issue, I reviewed the Audio Engineering Society’s (AES) technical program for its 137th convention and found several of the topics relate to the issues we have been following in audioXpress—from spatial audio and transducers to room acoustics, cinema sound, and audio signal processing.

It’s obvious the 137th AES Convention in Los Angeles, CA, (October 9–12, 2014) has something to offer everyone—from paper sessions for the academic and scientific communities to workshops and tutorials for experienced professionals and students. In terms of the industry, the 137th AES Convention will certainly be one of AES’s most complete and relevant technical programs.

Of particular importance is the 137th convention’s sessions on the AES67, audio over IP (AoIP) interoperability standard and how ever-broadening digital audio applications on local and wider area networks are conquering live sound, studios, and fixed installations. It’s important to highlight the topic
of audio networks, and in particular AES67, since the convention will provide an opportunity to see if the key industry players will support the interoperability standard and what the benefits will be for everyone.

In past years, everyone’s attention focused on the merits of competing protocols and technologies—Audinate’s Dante, Ravenna, and Audio Video Bridging (AVB)—now the focus will be standards such as AES67 and the promised Multichannel Audio Digital Interface (MADI) into Ethernet. The new “MADI over Cat5” standard was ratified by the AES and extends the AES10 MADI standard. It will be interesting to see if the market will find real implementations that include a lot of bridging and interfacing.

The AES convention in Los Angeles will also offer sessions on the AES-X210 project or Open Control Architecture (OCA) control-protocol architecture for professional media networks, which is another key interoperability area.

Other 137th AES Convention topics will undoubtedly be spatial audio and new metadata coding formats for 3-D audio and object-based audio applications. It will be interesting to follow the paper sessions on MPEG-H audio coding as well as updates on binaural audio—an area that is receiving a lot of attention from major broadcasters and consumer electronics companies. At the convention, there will also be information about projects updating B-Format and Ambisonics, including direct translation to Dolby Atmos and other 3-D spatial audio formats, in parallel with the latest research on transducers and acoustics, which is always a central part of any AES technical program.

I feel it is appropriate to congratulate the AES’s efforts to truly address the “industry’s pulse” and provide opportunities for constructive discussions and debate, which hopefully result in true innovation and evolution. This is precisely what the AES should provide.