The rumors were true. After much speculation, Apple confirmed the acquisition of Beats Music & Beats Electronics for $3 billion. We know Apple’s headphones weren’t the best thing in the world and iTunes Radio was basically just starting. But… is this a good thing?
We don’t want to believe that Apple paid 3 billion dollars for dreadful headphones. We know they could afford it, but where’s the gain? The whole industry knows the development team responsible for Beats headphone design (which was not meant to be that bad, but that’s a long story…) is no longer working for the company. Beats basically outsourced everything they ever put out. Apple knows that. Also, Apple already made enough money by selling Beat’s plastic color things in its own stores. They made money, without the need to spend money. So the reason must be the Beats Music subscription service. 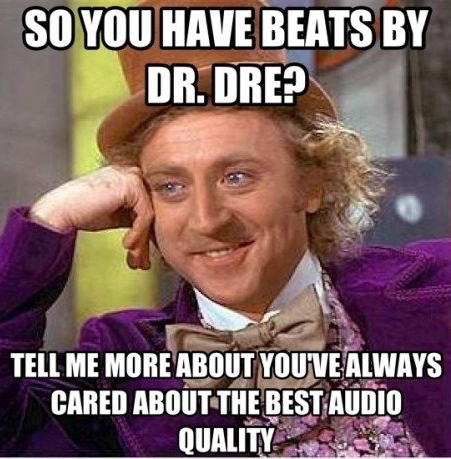 Beats Music was basically a platform called MOG Music, a streaming service Beats Electronics acquired in 2012 for just $15 million. The founder and visionary of MOG did not even stayed with Beats. In fact, when Beats acquired MOG, that service was supposed to have 500,000 active users and Beats Music currently has (supposedly) half that figure.

The worrying part is that Apple has been showing the market it has no clear direction for its iTunes Music software and service, especially since the transition from version 10 to version 11, clearly destroying most of the application’s user appeal and killing its most important differentiator – Cover Flow. Since that inexplicable transition, iTunes users started to quickly switch to Spotify, Deezer, Pandora and similar services.


Will Jimmy Iovine have any ability to change that? “I’ve always known in my heart that Beats belonged with Apple,” says Iovine in the announcement.

We know in this story there must be an Apple, an Adam and a Snake, but only time will tell us who’s who.

This is what the official release says. Not our words:

Apple announced it has agreed to acquire the critically acclaimed subscription streaming music service Beats Music, and Beats Electronics, which makes the popular Beats headphones, speakers and audio software. As part of the acquisition, Beats co-founders Jimmy Iovine and Dr. Dre will join Apple. Apple is acquiring the two companies for a total of $3 billion, consisting of a purchase price of approximately $2.6 billion and approximately $400 million that will vest over time.

“Music is such an important part of all of our lives and holds a special place within our hearts at Apple,” said Tim Cook, Apple’s CEO. “That’s why we have kept investing in music and are bringing together these extraordinary teams so we can continue to create the most innovative music products and services in the world."

“I’ve always known in my heart that Beats belonged with Apple,” said Jimmy Iovine. “The idea when we started the company was inspired by Apple’s unmatched ability to marry culture and technology. Apple’s deep commitment to music fans, artists, songwriters and the music industry is something special.”

Iovine has been at the forefront of innovation in the music industry for decades, and he has been an instrumental partner for Apple and iTunes for more than a decade. He has produced or collaborated with some of the most successful artists in the history of the iTunes Store, helping make it the world’s number one music retailer. Iovine and Dr. Dre are sound pioneers, artists and entrepreneurs.
(part deleted for the sanity of our readers...) 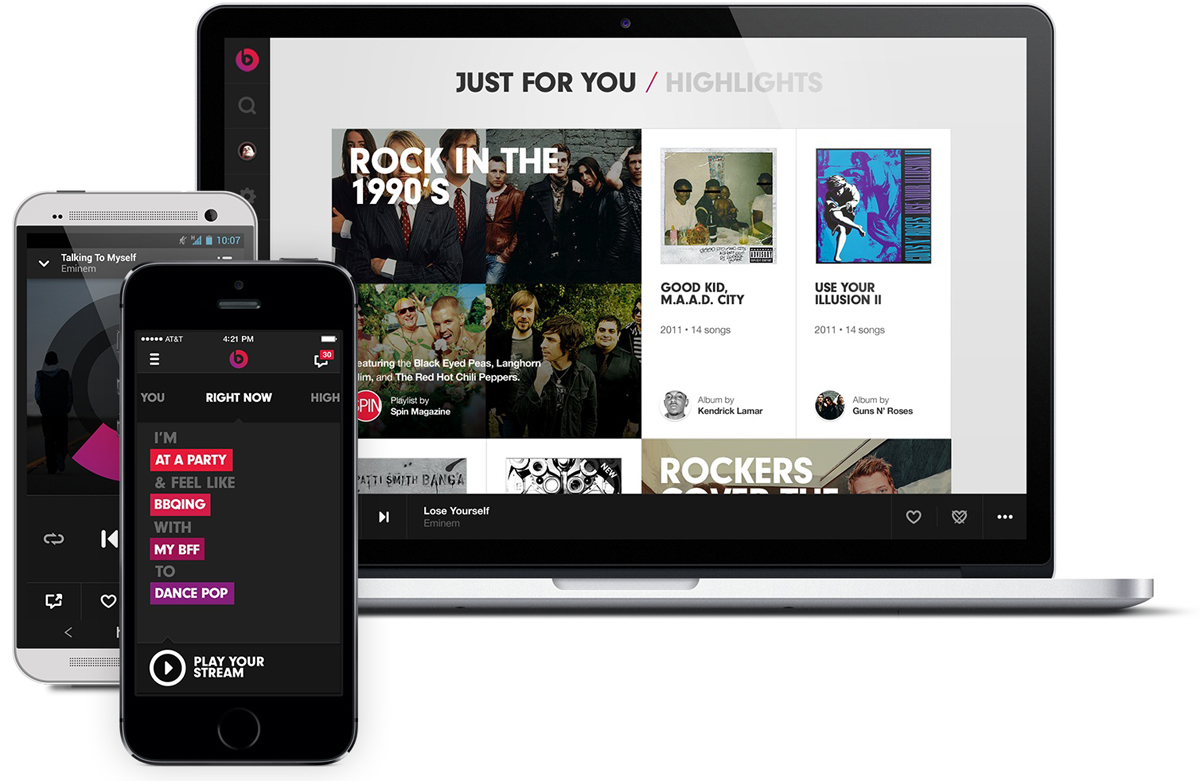 Beats Music was developed by a team of people who have each spent their entire career in music and provides music fans with an incredible curated listening experience. “Music is such an important part of Apple’s DNA and always will be,” said Eddy Cue, Apple’s senior vice president of Internet Software and Services. “The addition of Beats will make our music lineup even better, from free streaming with iTunes Radio to a world-class subscription service in Beats, and of course buying music from the iTunes Store as customers have loved to do for years.”

In just five years since launch, the Beats “b” has become the brand of choice in the music and sports worlds, and is the market leader in the premium headphone market. Music superstars including Lady Gaga, Lil Wayne and Nicki Minaj have designed their own customized Beats headphones and speakers. Fashion designers and street artists such as Alexander Wang, Futura and Snarkitecture have collaborated on special limited products, while renowned athletes including LeBron James, Serena Williams and Neymar use Beats as a critical part of their training and game day process. Beats has quickly become part of pop culture in the US and with the acquisition the Beats product lineup will be offered in many more countries through the Apple Online Store, Apple’s retail stores and select Apple Authorized Resellers.

Subject to regulatory approvals, Apple expects the transaction to close in fiscal Q4.

Formally established in 2008 as the brainchild of legendary artist and producer Dr. Dre and Chairman of Interscope Geffen A&M Records Jimmy Iovine, Beats Electronics (Beats) comprises the Beats by Dr. Dre family of premium consumer headphones, earphones, and speakers as well as patented Beats Audio software technology and streaming music subscription service Beats Music. Through these offerings, Beats has effectively brought the energy, emotion and excitement of playback in the recording studio to the listening experience and has introduced an entirely new generation to the possibilities of premium sound entertainment.

Beats Music is a subscription streaming music service that focuses on providing a personalized music experience for each user through a unique blend of digital innovation and musical passion. Programmed by a trusted team of well-respected music experts with over 300 years of experience across all genres, Beats Music delivers the right music for any situation, any time, and any preference, personalized to your tastes. The result is an artist-friendly digital music service that does more than simply offer access to music, but one that establishes an emotional connection to it as well.
www.apple.com
related items