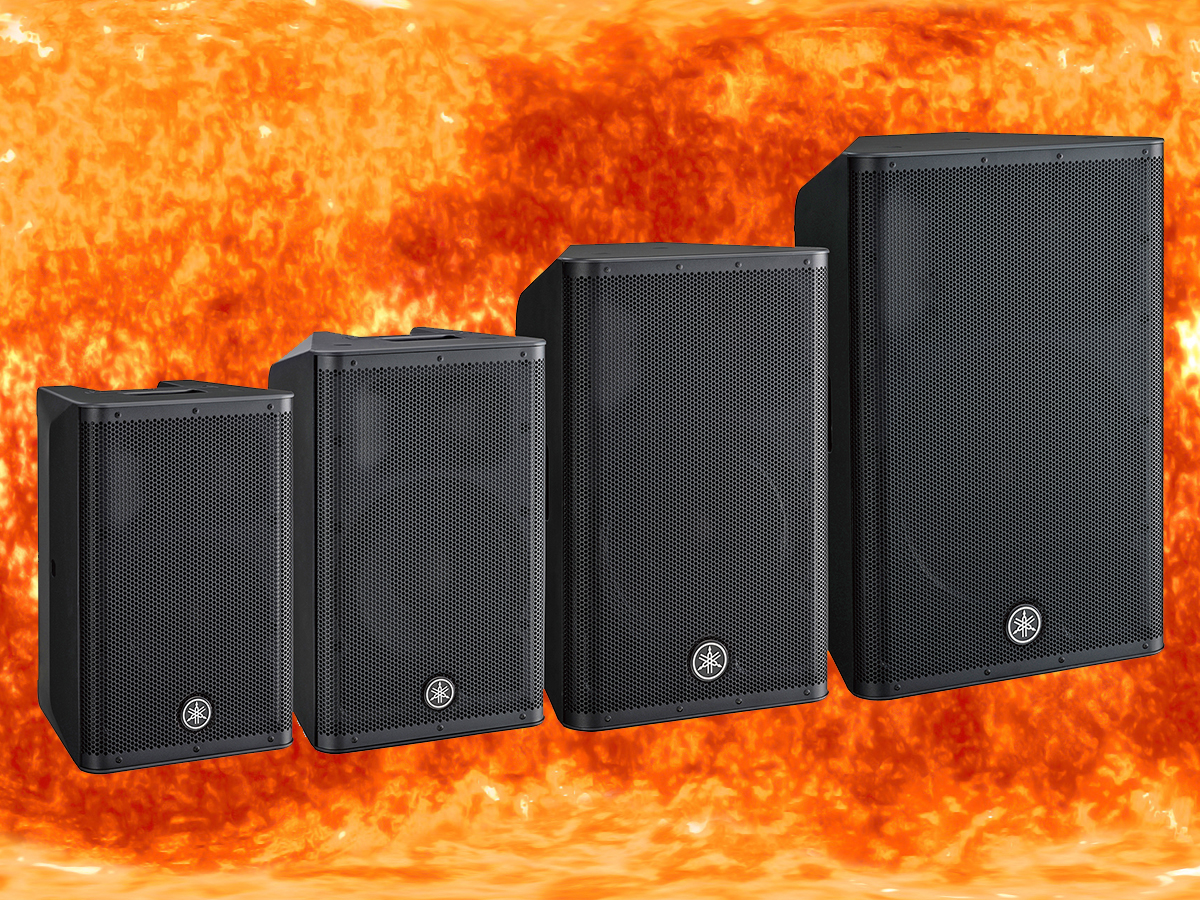 The original DXR range of powered loudspeakers, which Yamaha brought to market in 2012 as a result of the ongoing collaboration with the Nexo engineering team, resulted in one of the most successful products for the Japanese company. At the Prolight+Sound 2019 show, Yamaha introduced the updated DXRmkII series, reinforcing all the performance arguments that made the original DXR speakers a very popular choice with the rental market, live music venues, houses of worship and performing artists.

The DXRmkII models feature an upgraded, 1.75” neodymium compression driver - larger, yet much lighter - that delivers 1-2 dB higher SPL than the existing series. The new high frequency unit combines with the other custom-designed transducers, including high power output woofers that deliver very low distortion and defined, deep bass, while the larger HF transducer is mounted to an all-new 90° x 60° constant directivity horn that helps to achieve a more ideal coverage area without irregularities. 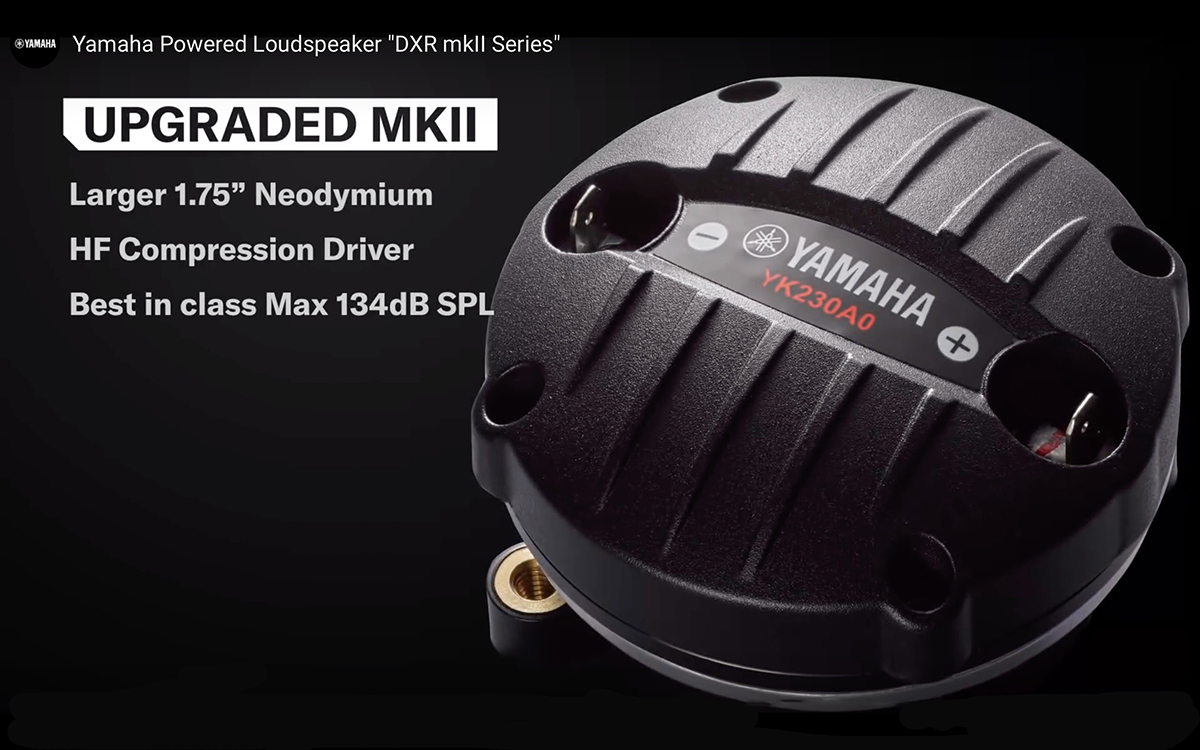 Yamaha’s development team also took full advantage of a number of advanced digital technologies for the updated series. Everything from the detailed management of crossover, EQ and time alignment to the limiter settings, protection functions and precise dynamic control of the sound, was subjected to endless simulation, in-house and field testing to ensure that these speakers produce the highest level of sound quality at the highest output levels possible.

All signals are precisely processed by a 48-bit high-performance unit and employ high-precision 24-bit discrete A/D and D/A converters with superior S/N ratio and dynamic range. The DXRmkII range uses new compact, highly efficient Class-D amplifier modules that were optimally designed to match the DXRmkII's HF and LF transducers. These high-performance amplifiers deliver 1100W of power, and provide very fast attack and superior transient response. The electronics are combined with high-efficiency switching-mode power supplies, suitable for use worldwide with its multi-voltage design.

The DXR mkII Series also features a flexible onboard mixer with a variety of inputs, making it ideal for simple vocal/instrument amplification. The DXR mkII onboard mixer can handle up to three simultaneous inputs with individual volume control, from a variety of sources from microphones to line level instruments and portable audio devices. And all loudspeakers feature flexible HPF control (100Hz or 120Hz) to perfectly match with DXS subwoofers. 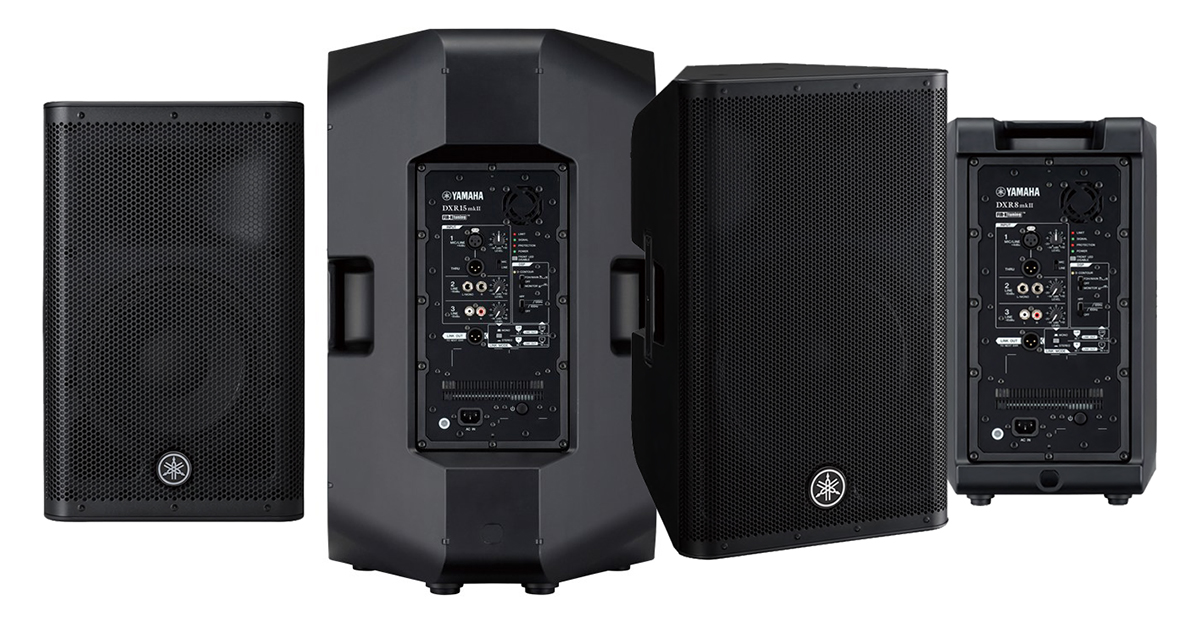 As with the original DXR series, Yamaha collaborated with Nexo to precisely tune the DXRmkII series. “Working with Nexo was an obvious step in taking DXRmkII to the highest level of performance. Liaising closely with Nexo engineers at their state-of-the-art facility greatly contributed to the impressive SPL and unmatched reliability of these new loudspeakers,” says Yoshi Tsugawa, General Manager of the Yamaha Pro Audio Division.

“As a result, they deliver enhanced performance and reliability, allowing them to meet the demands of a wider range of environments that require professional, high-quality performance in a compact, lightweight package.”

Jean Mullor, CEO of Nexo, adds, “It was very exciting to see the DXRmkII concept take shape and to contribute to the process. We are proud to have played a role in the DXR series’ development from its inception to the present, putting the finishing touches on the new upgraded lineup.”

The full DXRmkII range will be available from June 2019.
www.yamahaproaudio.com
related items