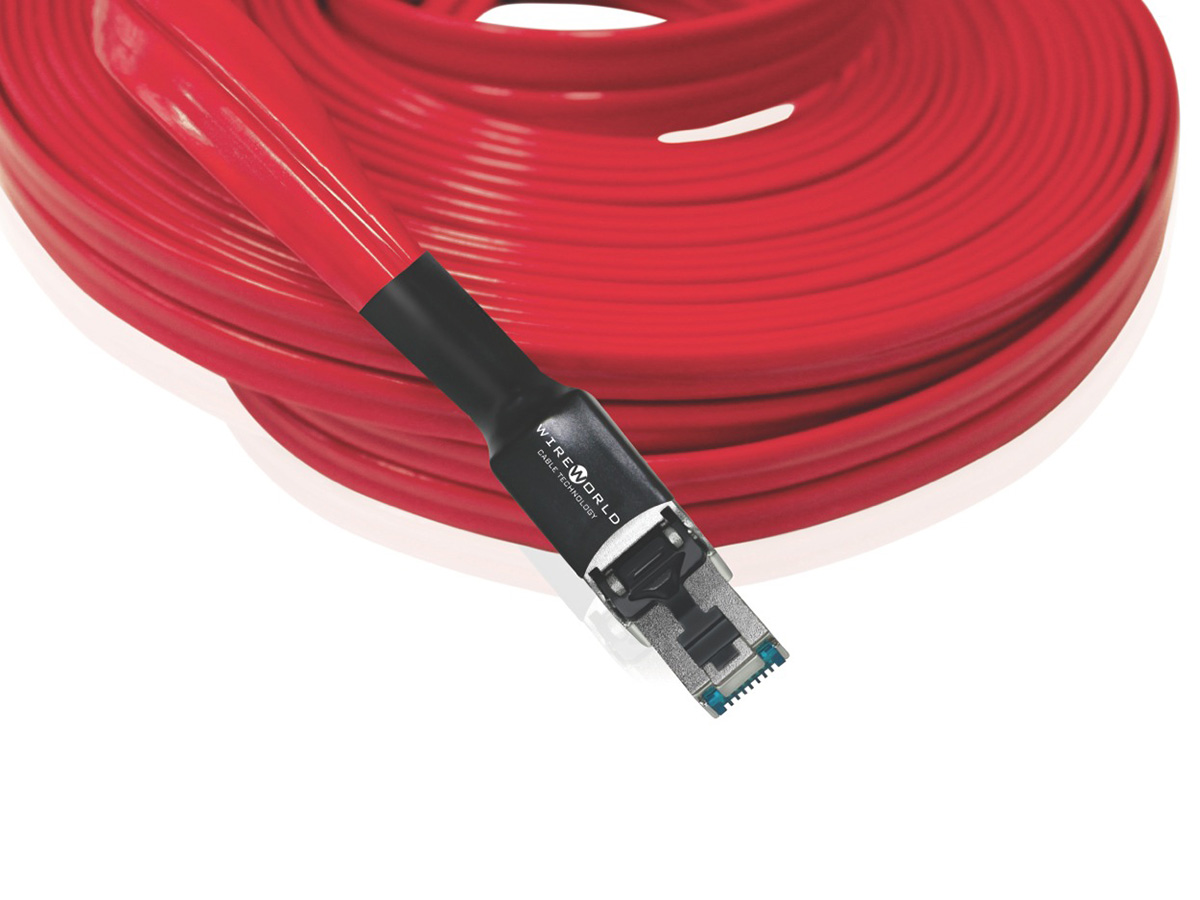 “As network speeds have increased, the cables that can keep up have become stiffer and more difficult to install,” says Wireworld’s President and Founder David Salz. “We developed the Starlight Category 8 Ethernet cable to overcome these issues with a flat, flexible design that goes where you want and is also easy to assemble. With next generation performance and versatility, Starlight Ethernet provides new installation options and lasting value.”

Starlight Ethernet is the first cable to incorporate Wireworld’s patent-pending Tite-Shield Technology, a radical new structure that overcomes limitations of previous network cable designs. This design replaces the conventional twisted conductors with triple-shielded parallel conductors to improve the most critical parameters of digital signal transmission. In addition to improving performance, the flat structure is extremely flexible and thin enough to hide under carpet.

Category 7 cabling was created to satisfy the demands of 10 Gigabit Ethernet. According to Wireworld, “Even though most media networks now run below that speed, cables that support higher speeds have been found to improve the quality of audio and video streaming. Those improvements are possible because streamed signals suffer from data errors that cannot be repaired by the error correction systems that preserve file transfers. The proposed standard for future networks is Category 8, which extends network speeds to the staggering rate of 40 Gigabits per second.”

“Category 8 performance is difficult to achieve with conventional shielded twisted pair designs. The primary challenge is minimizing crosstalk (mixing) between the four signal channels. To control crosstalk, conventional cables twist the four pairs of conductors and use one foil shield on each pair. An overall two-layer shield reduces outside interference. The twisted construction reduces crosstalk, but it also tends to make the conductor lengths uneven, which causes timing errors called skew and results in a stiff cable that is difficult to install,” they add.

The conductors in Wireworld’s Tite-Shield design are arranged as four parallel channels with a dense three-layer shield on each conductor pair. According to the company, “These shields, isolate the four channels so effectively that twisting is not required and conductor length differences are eliminated. This patent pending flat design minimizes both crosstalk and skew, providing leading edge performance, simplified assembly and excellent installation flexibility.” The cable also utilizes Wireworld’s proprietary Composilex 2 insulation to minimize triboelectric noise, which is especially helpful when used in vibration prone home theater environments.