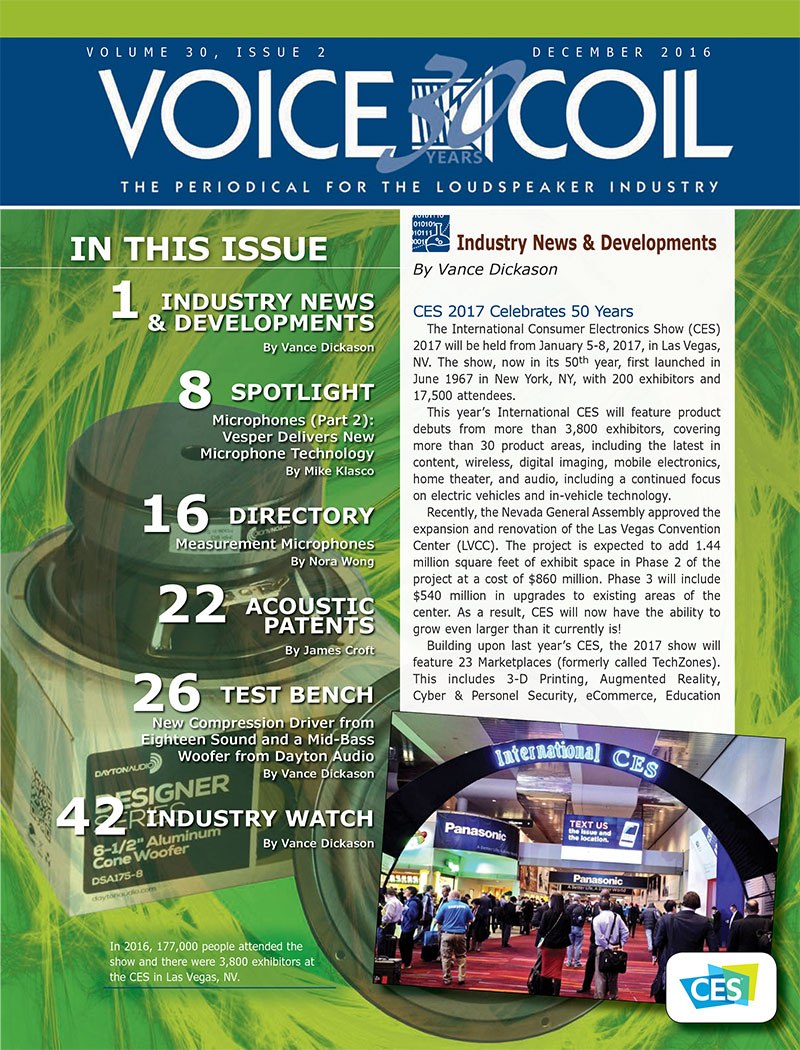 Voice Coil December 2016 is now available to download. This is the second issue in Voice Coil’s 30th anniversary year and it is already announcing exciting times ahead for 2017. The December issue highlights what the industry should expect in the now approaching 50th edition of CES, to be held from January 5-8, 2017 in Las Vegas, NV. In Industry News & Developments, Dickason also discusses exciting perspectives for NAMM Show 2017, happening in Anaheim, CA, from January 19-21, 2017.

And because our November issue already focused on MicroElectroMechanical Systems (MEMS) microphone technology, this month’s Spotlight features a great follow-up from Mike Klasco (Menlo Scientific) detailing the exciting developments from Vesper, a new company founded in 2009 by Bobby Littrell, using a new and revolutionary proprietary MEMS piezoelectric transducer architecture. Klasco discusses the features that make Vesper’s technology so unique and promising to the industry, the company’s recent partnership with AAC Technologies, and interviews Matt Crowley, CEO of Vesper Technologies.

In Acoustic Patents, James Croft (Croft Acoustical) explores a recent patent of a “Vertically and Horizontally Balanced Subwoofer,” granted to inventors Robert G. Johnston (Amprior Ontario, CA), and Sanford M.Gross (Owings Mills, MD). The patent abstract details a speaker system, particularly useful as a subwoofer, which comprises an enclosure with one acoustic transducer facing to the right and one acoustic transducer facing to the left, which effectively cancels out transducer cone mass induced vibration within the enclosure. The enclosure also has one passive radiator facing up and one passive radiator facing down. The passive radiator facing down effectively couples acoustic energy at very low frequencies into the floor. As Croft explains, this is not completely new, but “the orientation of facing one of the passive radiators downward, adjacent to the floor to better couple the acoustic energy to the floor, appears to be a claimed point of novelty for many of the invention embodiments,” that should perform. Find out why.

In Industry Watch, Dickason remembers the life and work of Leo Beranek (September 15, 1914 – October 16, 2016), one of the real pioneers of the loudspeaker industry and the world of acoustics, which has passed away at the notable age of 102. 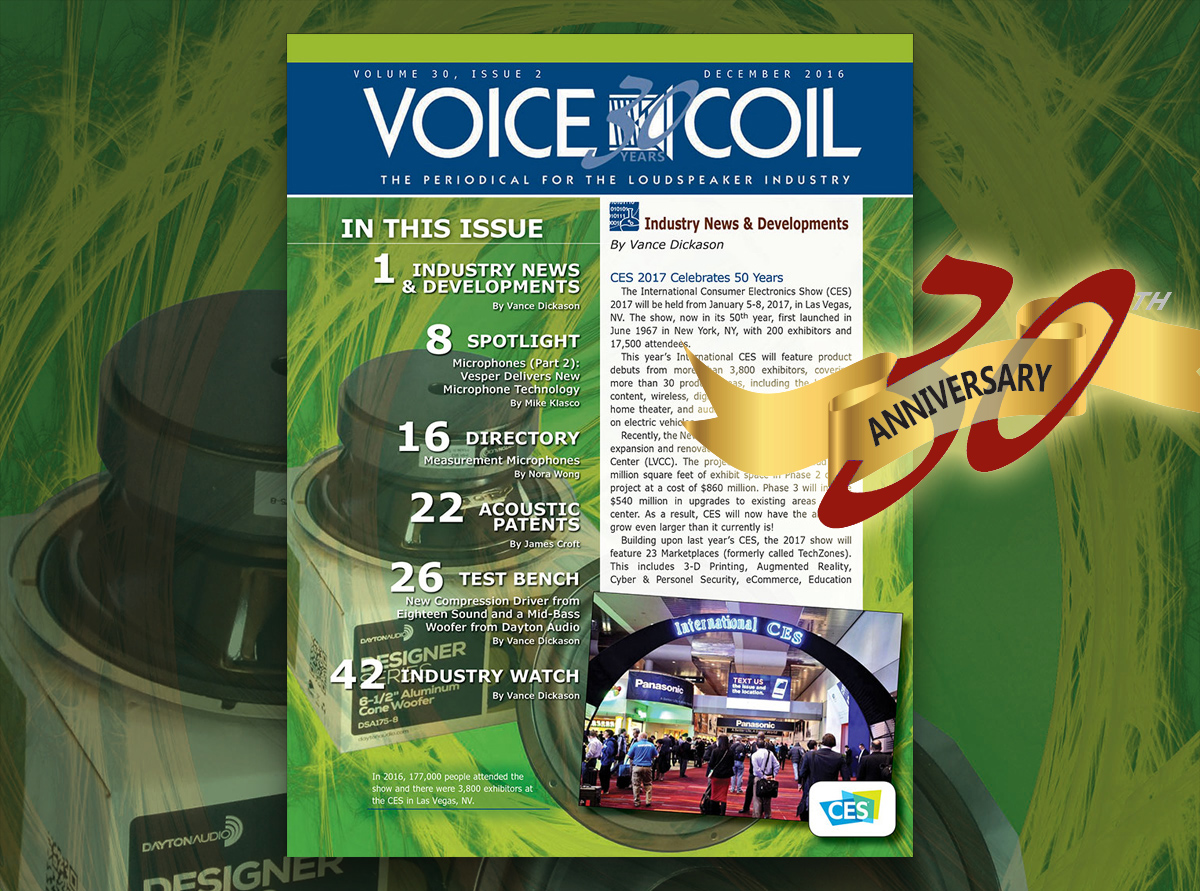 Voice Coil also updates some key information about Association of Loudspeaker Manufacturing and Acoustics (ALMA) International Symposium & Expo (AISE), to be held on January 3–4, 2017, at the Tuscany Suites and Casino, Las Vegas, NV. Not only will AISE 2017 discuss “The Future of Mobile Audio” and already confirmed an impressive program of papers, seminars, and forums, but it is also adding the new Education Track, bringing an entirely new dimension to the event, providing education for students and educators.

All this and much more in Voice Coil December 2016, now available to download. This latest issue of Voice Coil - as well as previous archived issues - is available to read online or download here: www.gotomyvcoil.com