Q5X and Shure announced a collaboration to combine their expertise in wireless microphone systems, with the sound quality and security that today’s sport and broadcast events require. Together, Q5X and Shure have developed specialized Axient Digital-Enabled Q5X Wireless Transmitters that combine the latest wireless digital technology with RF stability, encryption, and spectral efficiency. The Q5X PlayerMic is the only flexible bodypack transmitter that is deemed by the NBA to be the safest solution to be worn by the players.
When sports broadcasts look to return to live events, bringing the sounds from players, coaches, and game officials to fans watching and listening at home will be more essential than ever. Finding the right equipment and technology to bring sound to sports fans is critical. Microphones must be discreet enough to pick up the audio without interfering with the game action; the wireless transmitter must be small enough, safe enough, and flexible enough to handle the rigors of up to three continuous hours of in-game activities; and the transmission should have the ability to be encrypted so others can’t access the audio feed from coaches, players, and officials. Sound quality and spectrum efficiency is paramount. 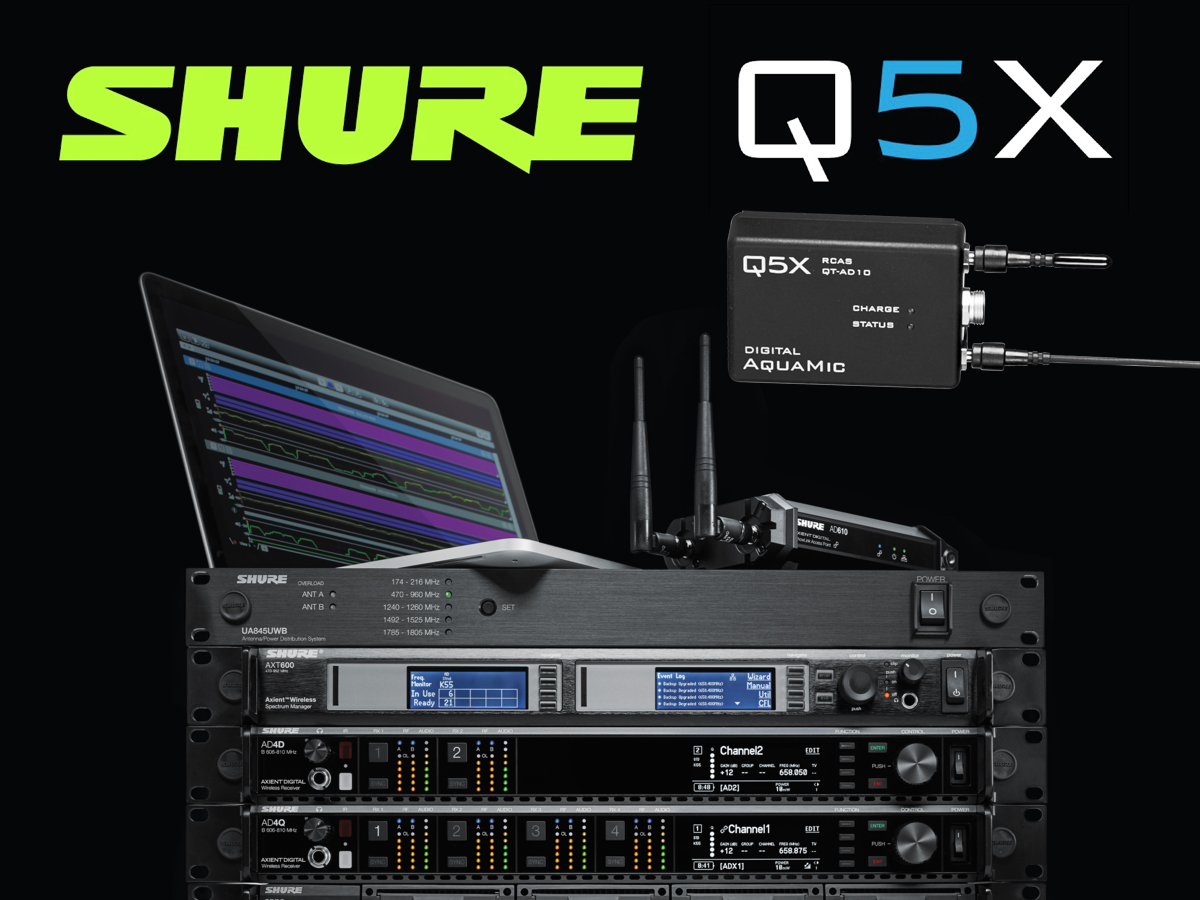 Quantum5X (Q5X) is a privately owned corporation, based in Canada, that specializes in wireless audio solutions for challenging applications such as sports, broadcast and entertainment - and they have been developing just the solution used in the most popular American sports and receiving the seal of approval from professional sports leagues and major sports broadcasters. Founded in 2002, Q5X first set out to create wireless microphone bodypacks that are tough enough and unobtrusive enough to safely meet the rigorous demands of athletes without impeding their athletic performance. Q5X succeeded in creating a line of audio transmitters unparalleled in comfort, strength, and concealability, paired with its own groundbreaking system for remote control of the transmitters (RCAS - Remote Control Audio System).

In the last 10 year Q5X secured installations in dozens of major sporting arenas, and the company's systems have translated exceptionally well into other fields, with application in live theater, reality shows, film and television series, public speaking and other live events.

Now, Q5X and Shure announced a collaboration to combine their expertise to provide the superior sound quality and security that today’s sports events and broadcasts require. Together, Q5X and Shure have developed specialized Axient Digital-Enabled Q5X Wireless Transmitters that combine the latest wireless digital technology with RF stability, encryption, and spectral efficiency.

“With the combination of Q5X and Shure, this is really the best of both worlds,” says Jens Rothenburger, Director of Pro Audio Marketing at Shure. “The new Axient Digital-Enabled Q5X Wireless Transmitters provide sound engineers and the sports industry with a complete solution in a superior, already-established form factor.”

“Q5X prides itself on developing transmitters to solve difficult wireless audio problems for our customers,” says Paul Johnson, CEO of Q5X. “Now, we have a proven digital technology that can be placed in literally any form factor. Q5X has established well-proven form factors for players, coaches, and officials at all sporting levels in different sports. And now, three of our models feature the latest Axient Digital technology, including the CoachMic, PlayerMic, and AquaMic, which is designed for wet environments such as outdoor functions or water sports."

The new Q5X CoachMic transmitter combines the functionality of a large, easy-to-use rocker-style mute switch with the security of digital encryption. This new form factor securely and unobtrusively captures the coach’s audio for post-production, while giving the coach the opportunity to confidently mute the mic for game strategy or other sensitive discussions.

During the 2020 NBA All-Star Weekend in Chicago in February, coaches from both teams were miked with the wireless CoachMic transmitter, which aired during the live national broadcast. The transmitters used Shure Axient Digital to transmit audio to the engineers mixing for TNT Sports. The mics could also be remotely muted by the audio engineers, via Q5X MicCommander, as the coaches entered the locker rooms at halftime. 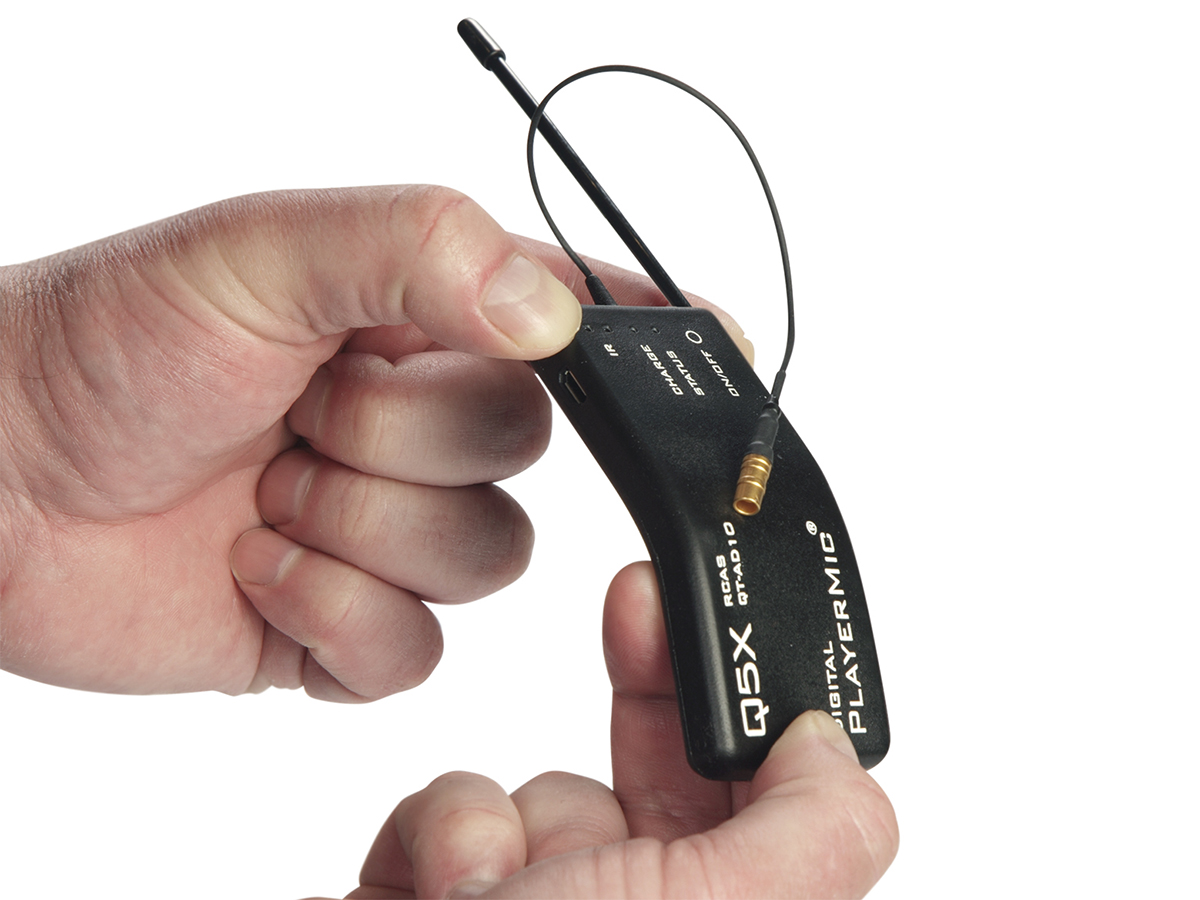 Originally developed for the NBA, the PlayerMic is the only flexible bodypack transmitter that is deemed by the NBA to be the safest solution to be worn by the players. PlayerMic’s unique thin, bendable, rubber design protects players from injury if they fall on it or take a direct hit and is extraordinarily concealable. This version of the Q5X PlayerMic bodypack transmitter has been co-developed with Shure to be compatible with Axient Digital wireless receivers for best-in-class digital wireless transmission.

When a waterproof solution is required, the AquaMic is designed to capture crystal-clear audio in demanding environments such as water sports or buried in the outdoor playing field when players can’t wear them. The AquaMic is fully submersible, so it is ideal for challenging environmental situations like those in reality television, film, and sports broadcasting. Rechargeable batteries provide 4-16 hours of life.

The combined sports mic and technology expertise from Q5X and Shure enable audio designers to capture sound without compromising the safety or comfort of the wearer. The Axient Digital-Enabled Q5X Wireless Transmitters will benefit sports leagues, broadcasters, and production companies resulting in an enhanced audience experience.