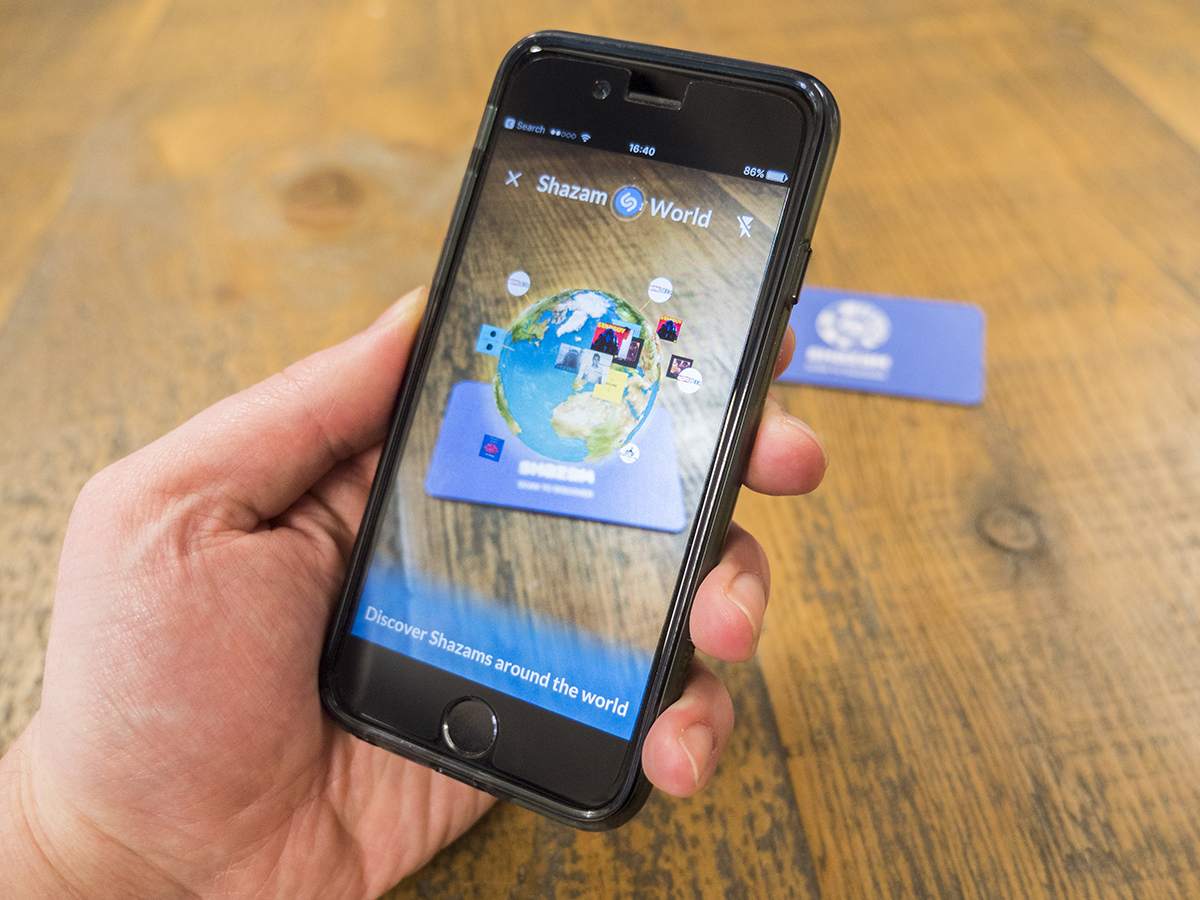 Since launching visual-recognition functionality in 2015, Shazam has partnered with brands and artists to seamlessly connect its users to innovative custom content. AR marks the next huge step forward in this visual capability and offering. AR has become a cornerstone to engage users in immersive experiences and allow brands to reach audiences through a compelling, interactive new medium.

“We knew we were on to something big when we released visual image recognition in 2015,” says Shazam CEO Rich Riley. “With the rapid rise of augmented reality, it is a natural evolution for Shazam to be a first-mover in delivering AR at scale.”

At launch, Shazam will partner with Beam Suntory, Inc. on an AR experience enticing users legal purchase age and older to Shazam Sauza or Hornitos Tequila. Across the U.S. and starting in April, users who visually Shazam in-store creative will have the chance to play a fun, co-branded AR interactive memory game.

“We are excited to collaborate with Shazam on the launch of their augmented reality in-app functionality,” said Michelle Cater, Beam Suntory’s Senior Director of Commercial Marketing. “With more than 150 years of experience producing premium tequila, we have constantly innovated throughout the years to reach consumers in new and exciting ways. This breakthrough technology offers an accessible, immersive platform with which to engage in a rewarded gamification experience at the point of purchase leading up to Cinco de Mayo. Sauza Tequila and Hornitos Premium Tequila should effectively break through the Cinco de Mayo advertising clutter thanks to this exciting partnership.”

“One of the things missing from augmented reality for advertisers has been a frictionless way to deliver these experiences at scale,” says Shazam CRO Greg Glenday. “Because Shazam has such a massive install base, and consumers are already accustomed to using the app for discovery — we have now solved that problem. The possibilities for a brand to bring their products to life or make their advertising more engaging are quite literally only limited by the imagination.”

Shazam has partnered with Zappar, the world leader in augmented reality on mobile devices, to deliver the code-scanning technology behind Shazam Codes as well as the platform's immersive and expressive short form mobile experiences. Shazam AR works with all iOS (Shazam v10.5) or Android (Shazam v7.5) devices.

Shazam is one of the world’s most popular apps, used by hundreds of millions of people each month. Building on its pioneering leadership in music identification, Shazam now helps people discover, interact with, and share video, audio or printed content on TV, radio, movie screens, magazines, newspapers, packaged goods and retail stores — and lets music fans follow their favorite artists to see their Shazams and share in the thrill of discovery. The app has been downloaded over 1 billion times, in over 190 countries and users Shazam over 20 million times each day.
www.shazam.com
related items