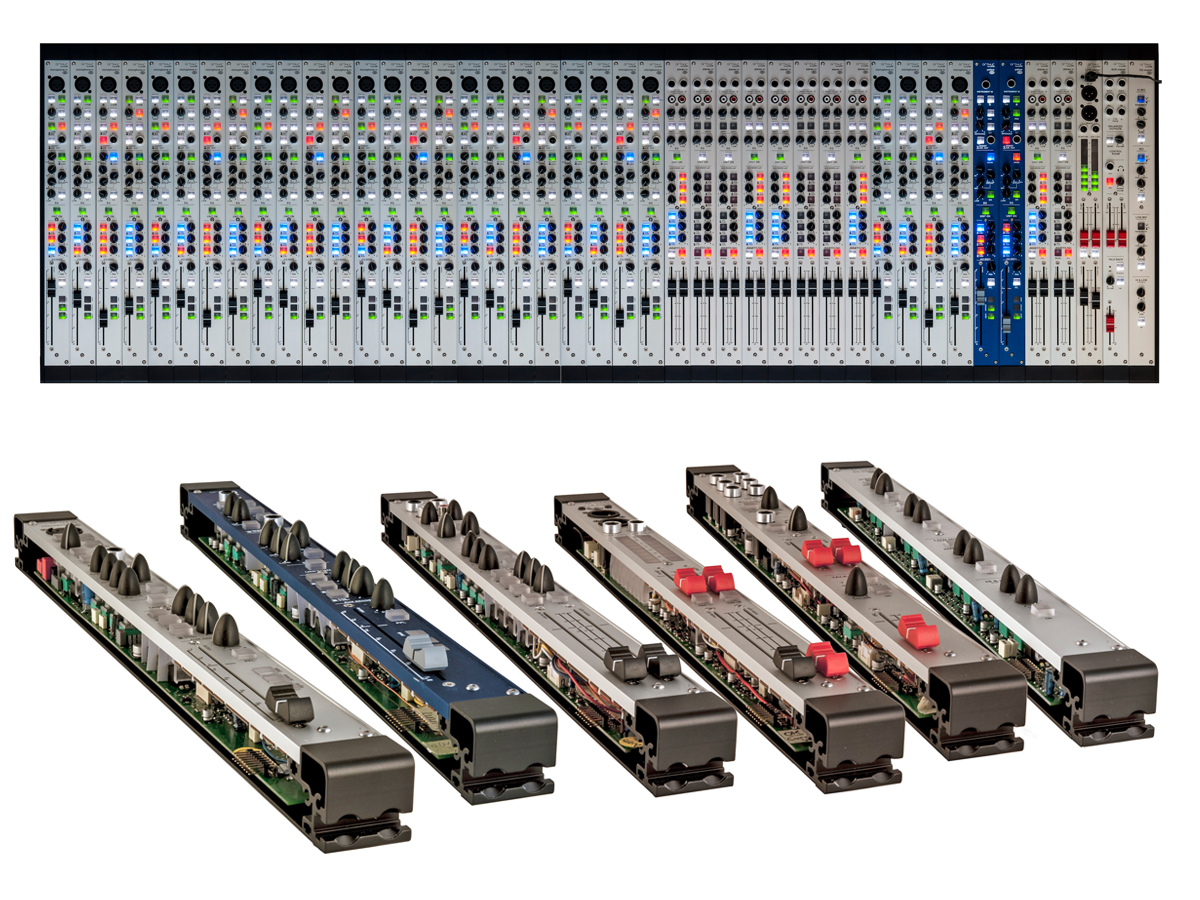 Originally, most of the analog audio mixers were modular and, in fact, it was that concept that allowed for the current generation of 500 series modules, so popular in today’s studios. The ARTHUR (Format48) goes much further, and creates a completely modular mixer designed for studio or live use, which can be configured and built by the user.

The mixer is created from a choice of different Class-A input and output modules - Mic Input, Mic Input Ultra Low Noise and Mic Input x4 units, Yellow instrument input unit, Stereo Input unit, L/R Master, Aux Master and external Power-In units. These can be combined in any order and quantity to form both compact and large-scale mixer configurations. The number of units that can be included depends on the power supply used.

For simpler combinations of 12 or 25 units, there is a choice of two compact power supplies. A further high-end power supply is also available and can be used with any combination of units, from just a few to 70 or more. Modules can be added, removed or re-ordered at any time and Schertler already confirmed it will be releasing further modules over the coming months - which in turn might be an incentive for users to reconfigure their systems again.

The key for the self-configurable module concept lies in ARTHUR’s electronic design, remarkable for its complete absence of negative feedback (NFB) from input to output. All filters and summing amps are free from restricting back loops in the mixer’s straightforward high-speed design, resulting in an ultra fast response and natural attack. All circuits are built using discrete Class-A components and pure high-voltage DC-amps (without any capacitors in the signal path), offering 30dB headroom and low noise, as well as unparalleled stability, warmth and transparency. 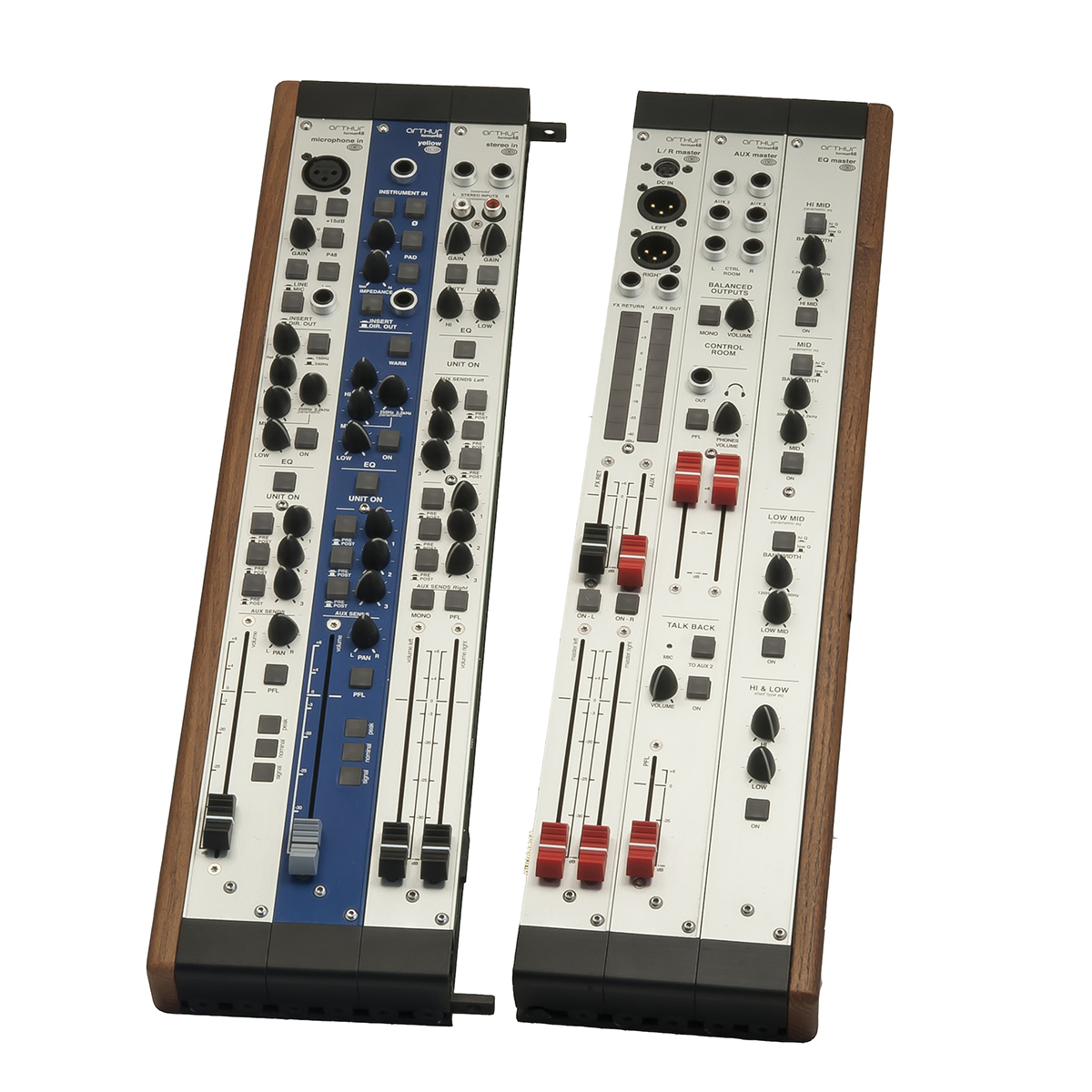 Configuring and ordering an ARTHUR mixer can be done through the Schertler website (Mixer area). Alongside the technical information and specs for all available modules and accessories, a Configurator enables the various units to be selected in their required quantities. The mixer’s “virtual build” can be previewed along the way as different components are added or removed. External components such as power supplies, side panels and accessories are not supplied as standard and must be ordered separately.

Once delivered, physical assembly of modules is a straightforward process involving a series of connecting rods and hexagonal screws. Users have total freedom to design their own personal channel sequence, as there are no mechanical or electrical restrictions, with the exception of ensuring that the appropriate power supplies have been purchased to support the number of units being used.

Founded in the early 1980s by bassist Stephan Schertler, and focusing on instrument amplification, instrument microphones and strings, Schertler has been expanding its business into other market sectors since, in 2012, it acquired Italian manufacturer SR Technology in its entirety (the company was previously a subsidiary). At Musikmesse 2016, apart from showing the ARTHUR concept for the first time, Schertler introduced the YELLOW MIC500 microphone preamp 500 series range.

ARTHUR is available for pre-order from the Schertler online store (Europe, USA and Canada only) and can also be purchased via Schertler distributors worldwide.
www.schertler.com
related items