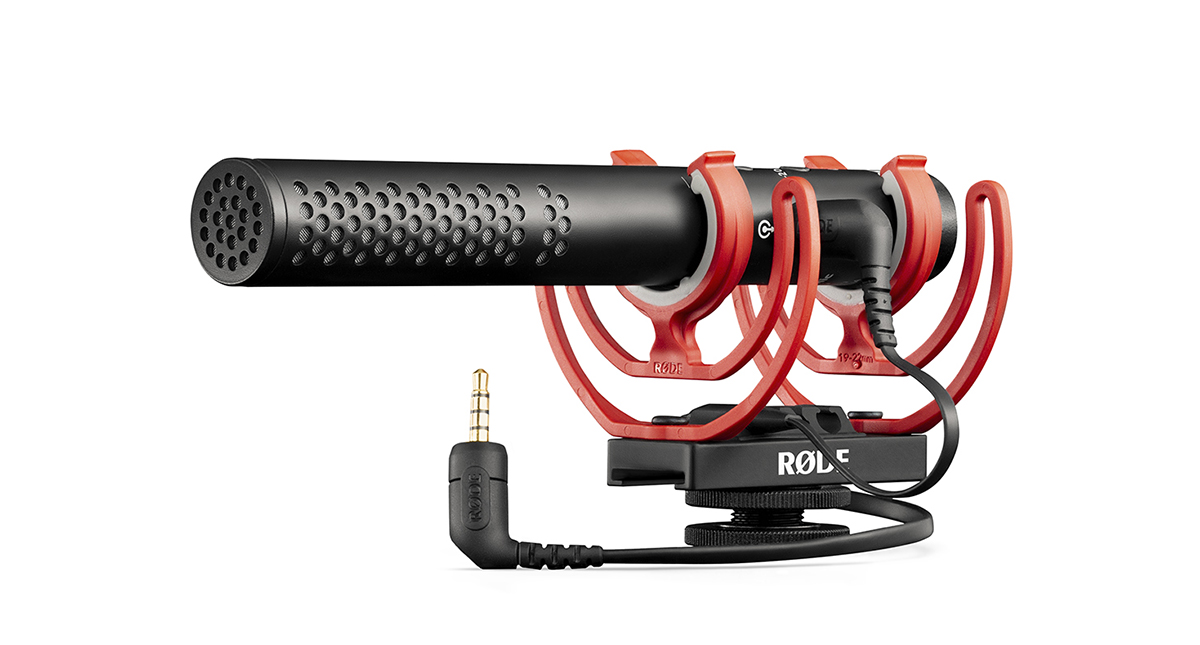 VideoMics was the category that propelled Røde Microphones to a leadership position globally, and probably the most copied product from the Australian company. As Røde states in the NTG announcement, "We pioneered the compact on-camera microphone with the release of the very first VideoMic in 2004; and over the past 15 years, we have continued to reinvent the category with groundbreaking products like the VideoMicro and VideoMic Pro+, which have become the go-to for filmmakers of every ilk. Today, when creators think video mic, they think Røde."

The VideoMic NTG is a lightweight (just 94g) and rugged microphone made of aerospace-grade aluminum, which offers a highly directional supercardioid polar pattern and very flat frequency response, which helps a wide range of filmmaking, broadcast, and content creation applications. Among the features of the new VideoMic microphone is a new acoustic design that follows on the footsteps of the NTG5, allowing new levels of acoustic transparency and a natural, uncolored sound. Users will also benefit from infinitely variable gain control, allowing to precisely adjust the mic’s output, from mic level to line level to headphone level, and there's also digital switching to control an high-pass filter, -20dB pad, high frequency boost, and a useful safety channel.

And in order to accommodate the most common workflows, which have been changing radically in the last few years, the NTG features an auto-sensing 3.5mm output that automatically switches between TRS and TRRS to accommodate both cameras (TRS) and mobile devices (TRRS), without the need for adaptor cables. There is also a USB output that turns the VideoMic NTG into a fully-featured USB microphone that can record direct to a computer, tablet, or smartphone. And Røde also included an headphone output for audio monitoring while using the USB output. 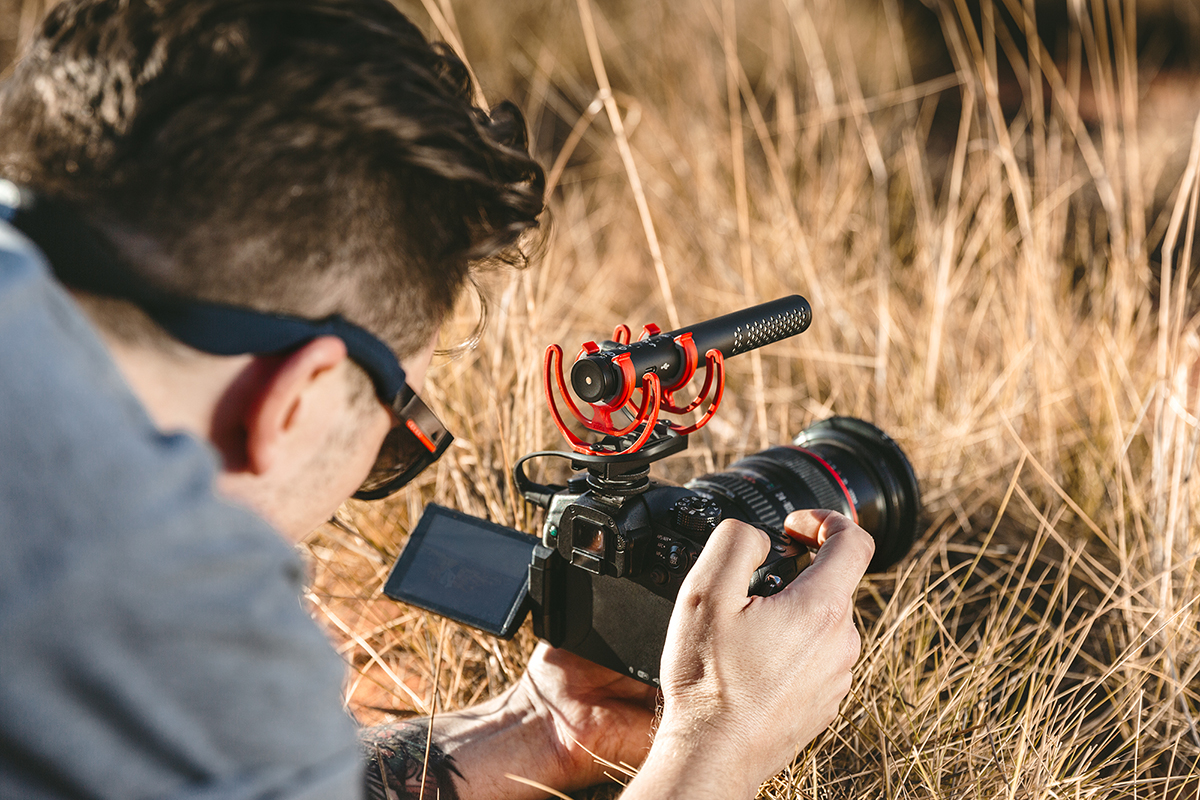 On the body of the microphone users find a dB peak warning light to ensure distortion-free audio, and inside there is a built-in rechargeable lithium-ion battery that provides 30+ hours of recording – more than enough for the most demanding shoots. This battery charges via a modern USB-C connector in just 2 hours. An auto-power function automatically switches the mic on when the camera is turned on, ensuring it’s always ready to record, and also helps conserve battery life by switching the mic off when it’s unplugged or the camera is turned off.

“It’s in the name,” says Røde Founder and Chairman Peter Freedman AM. “The VideoMic NTG is a hybrid microphone that brings the signature broadcast-quality sound of our NTG shotgun range to a compact, feature-packed VideoMic.”

“This is the next chapter in the VideoMic story, combining decades of research and development of high-quality microphones for professional filmmakers and broadcasters with a deep understanding of the needs and wants of the modern content creator. With the VideoMic NTG, we have once again redefined what on-camera microphones are capable of.”

"The VideoMic NTG features the same annular line tube technology as the NTG5, our new broadcast shotgun mic, which employs acoustic perforations along the length of the microphone in place of the linear slots found in other shotguns and on-camera microphones. This revolutionary acoustic design delivers unmatched transparency, and a natural, uncolored sound. Add to this an incredibly flat frequency response, highly directional supercardioid polar pattern, and very low self-noise, and what you have is a compact on-camera microphone that contends with the world’s best shotgun mics. It sounds simply stunning," Peter Freedman adds.

Building on breakthrough developments made with the VideoMic Pro+, the new Røde VideoMic NTG is able to easily adapt to any recording situation. The switchable high-pass filter (at 75Hz or 150Hz) helps dealing with troublesome low frequencies from wind, traffic, air conditioners, and other environmental noise, plus a high frequency boost to enhance detail and clarity – particularly useful when using a furry windshield. 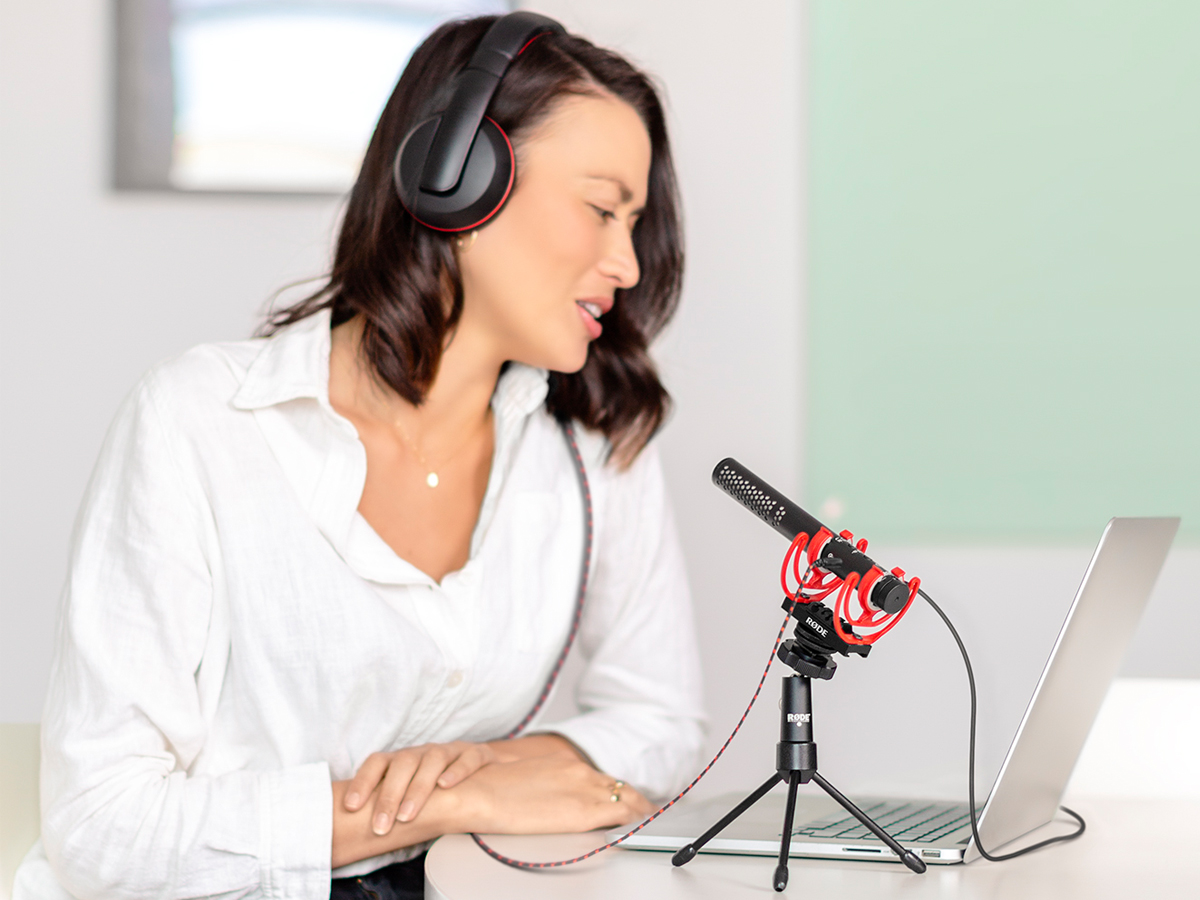 There’s a switchable -20dB pad for recording very loud sound sources, and for added security, a switchable safety channel that records a separate channel at -20dB in case the main channel clips – an absolute lifesaver. The unique infinitely variable gain control on the rear of the mic allows users to precisely tailor the output level to their recording device. This is an active control that has a greater output range than any other microphone on the market – it can deliver anything from mic level signal all the way to a headphone level output, providing incredible flexibility and improving DSLR sound quality.

And users will appreciate the fact that the VideoMic NTG, with its class-compliant USB-C output, can be used to plug directly into a computer, tablet, or smartphone, turning it into a studio-quality desktop USB mic, perfect for recording voiceovers, podcasts, gaming or livestreaming. And the sound can be monitored with headphones plugged into the 3.5mm output while using the USB output. The headphone level can be adjusted by the variable gain control, which means the VideoMic NTG can even be used as a desktop headphone amp.