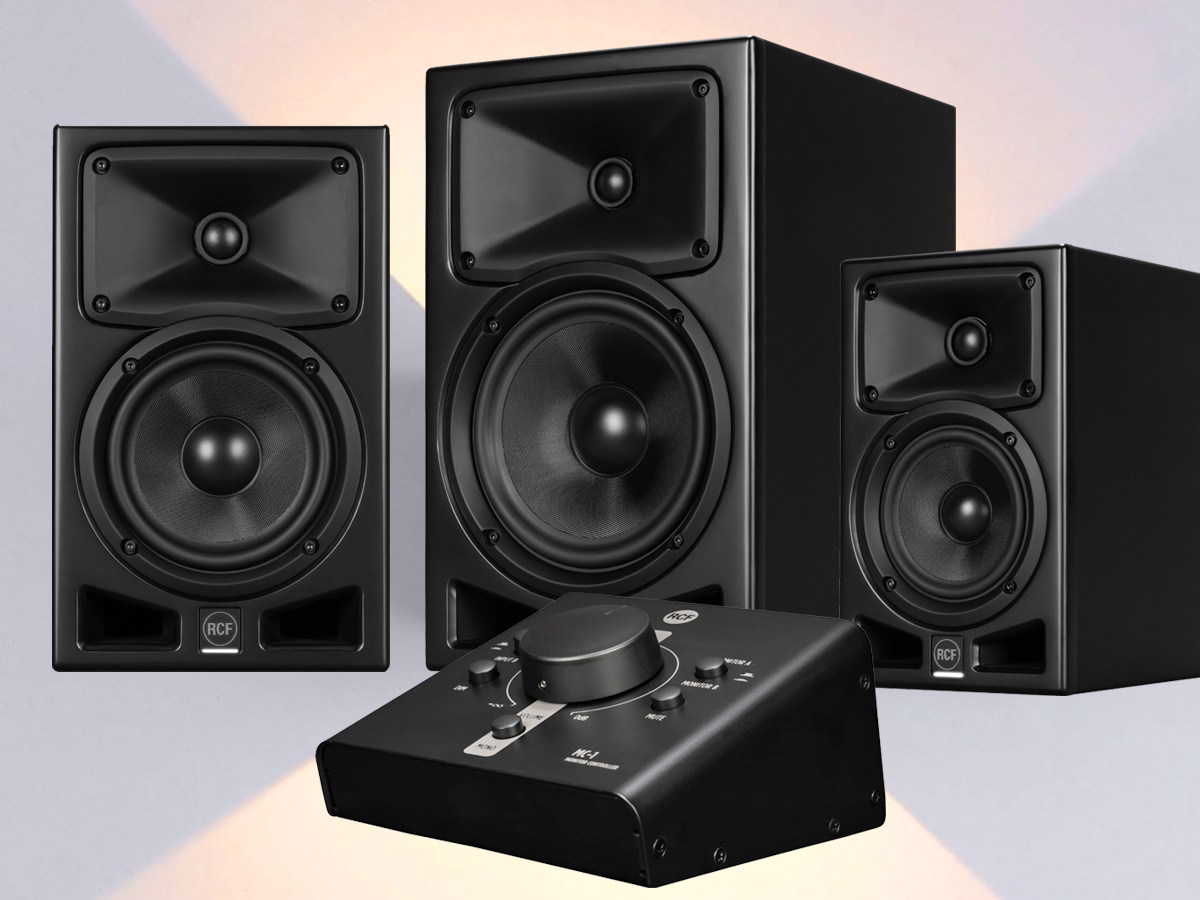 First unveiled at the 2019 NAMM Show in Anaheim and Prolight+Sound in Guangzhou, the new AYRA Pro near-field studio monitors replace the existing AYRA series, with three full-range two-way monitors using 8, 6 and 5-inch woofers, complemented with a dedicated 10" subwoofer. All are equipped with completely new electronic components, replacing the white fiberglass woofers with new black-finished units, and maintaining the 1" soft dome tweeter of the original series.

The RCF AYRA Pro full range PRO5 (5” woofer), PRO6 (6”) and PRO8 (8”) are joined by the PRO10SUB (10” subwoofer), the latter making its worldwide debut at Prolight+Sound 2019. The main feature in the new monitor series is the use of high power Class-D amplification — respectively 100W, 120W, 140W for the 8”, and 300W for the subwoofer — almost twice the standard power used in nearfield studio monitors.

All monitors also have DSP on board and make use of the low-latency FiRPHASE algorithm, a first for products of this class. RCF designed its proprietary and advanced FiR filtering technology, allowing to achieve coherent sound without phase distortions. The use of the algorithm is adapted to each design following extensive measurements, adapting the loudspeaker’s phase without touching the amplitude equalization. The heart of the advanced technique used by FiRPHASE is a recursive method (least squares method) combined with a proprietary algorithm that calculates the best FIR filter coefficients set in according to amplitude and phase constrains. The algorithm corrects phase and amplitude (if necessary) by taking into account the weak points of the transducers and the resonances or cancellations due to the cabinet of the loudspeaker. This technique allows a deep control of phase at mid-low frequency with relatively small filters, reaching a higher resolution than that one as theory suggests. 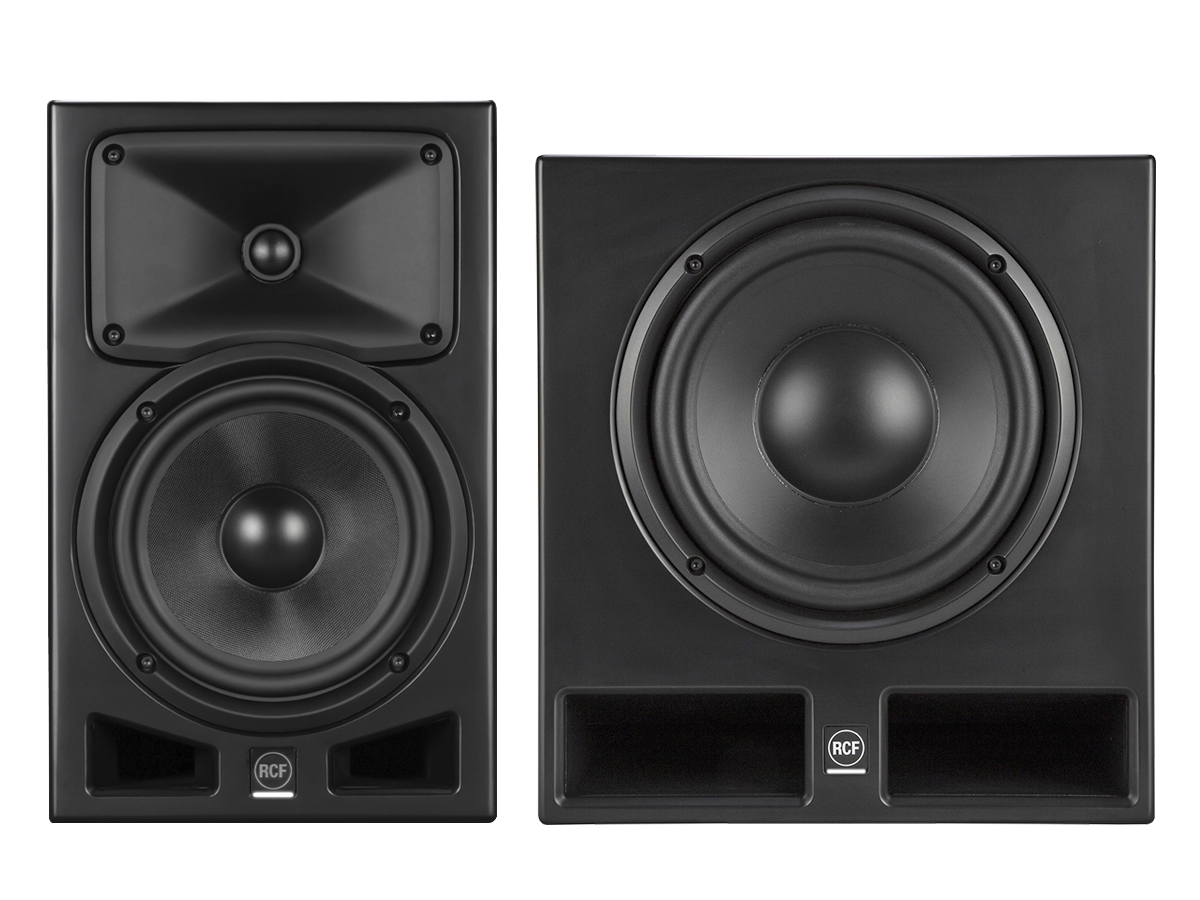 The implementation of the FiRPHASE algorithm in the AYRA Pro monitor series provides greater detail in the reference sound, with a real panorama of the stereo sound field, where the phantom center is perfectly perceivable. In addition to professional stereo or multichannel use, RCF believes the new AYRA PRO speakers can also be used in high-end AV systems.

To complement the new series, RCF also introduced the MC-1 Monitor Controller, designed to manage two couples of stereo monitors. This tabletop unit features two stereo inputs on combo connectors (TRS+XLR) on Input A and TRS Jack and Mini-Jack on Input B, as well as two pairs of XLR for output. Also featured is a DIM (Mute) button, reducing the sound by -20dB, a mono switch, and a big central know for main volume control. Being a passive circuit, with no external power needed, the MC-1 introduces no colorations and is inherently transparent from distortions. 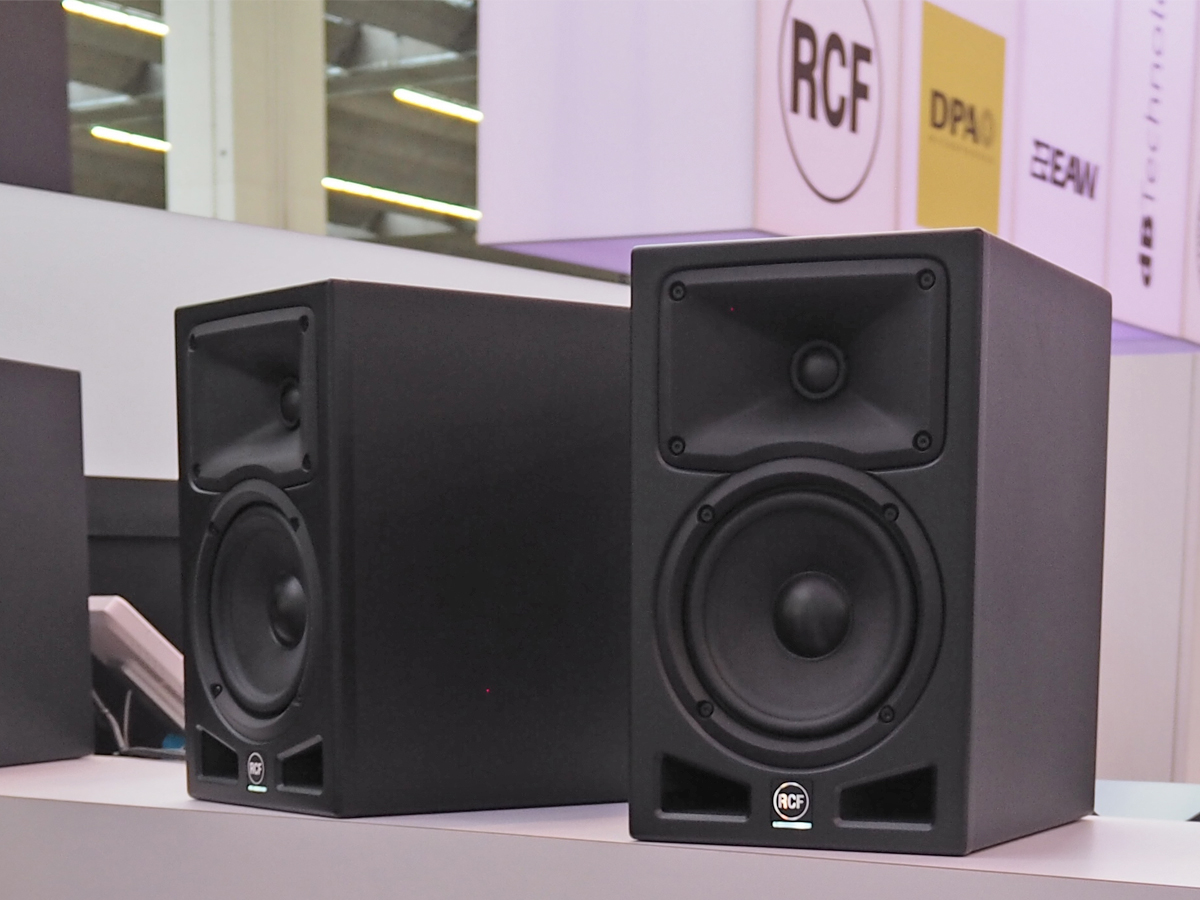 Price and availability information are not yet available.
www.rcf.it
related items