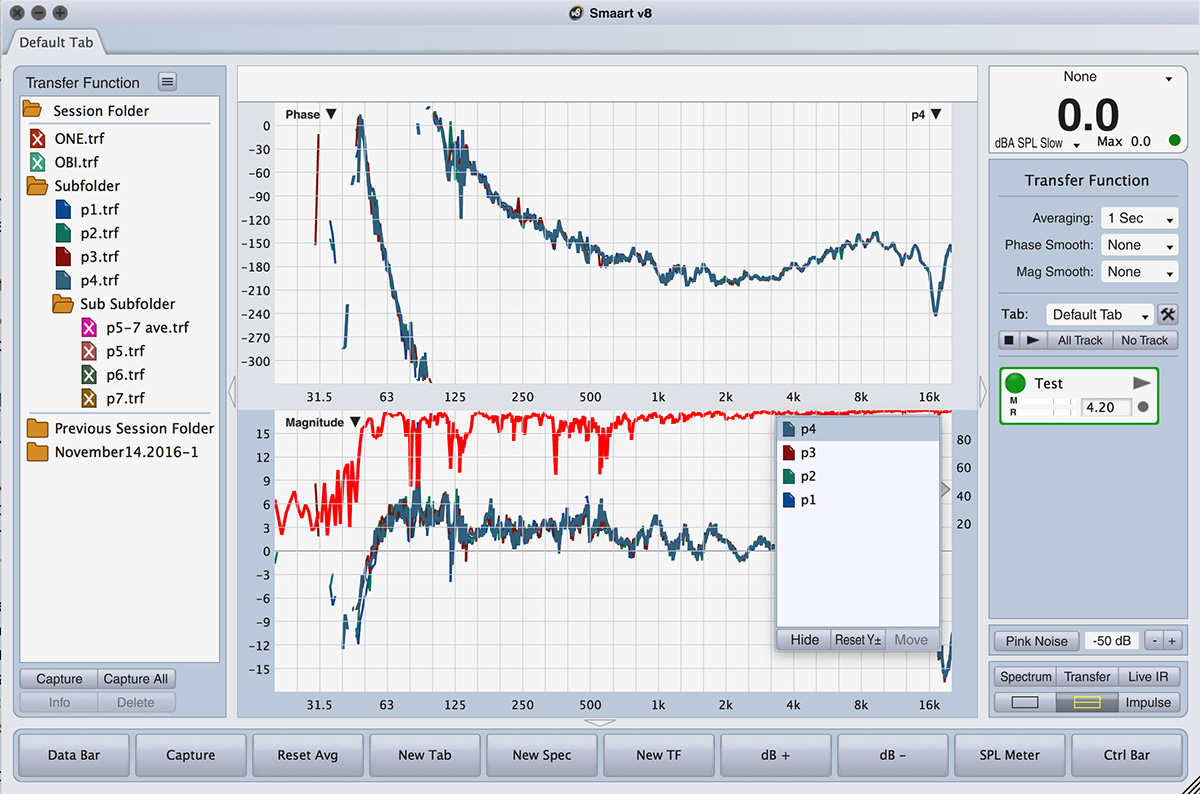 The new Smaart v8.1 introduces a new Session Folder for improved day-to-day/gig-to-gig data management. Pinned to the top of the data bar, the new Session Folder serves as the target location for all new captured data. Automatically named with the current date when created, the Session Folder may be re-named or swapped out at any time.

The new software returned the trace hide/show controls to the measurement engines and Data Bar. Hide/show control can be accessed directly by clicking on the icons in the data bar and engine controls. Also new are the In-Plot Graph Legends for quick management of the traces in a plot. Accessed via the Z-Order drop down arrow in the upper right corner of a plot, the new graph legends allow users to quickly re-order or hide traces, move them between plots, or view, bypass and re-enable any applied dB offsets.

Another new Improved feature is the Global Program Data Bar for more intuitive handling of captured traces. This allows users to keep all their data organized and at their fingertips with nested folders and added options such as “New Folder from Selected”, and the quick average of many selected traces of the same type via right-click>”Average”.

Multi-Spectrum Plot View now shows all running spectrum engines in their own plot, with an additional Full-Screen Plot-in-Focus hotkey accessible via the View menu, or their respective Hot Keys.

There’s also a built-in program updater. When connected to the Internet, users may now ‘Check for Updates’ from the File menu to ping the Rational server for available downloads.

Other new features include the “Create Meters” button, added to IO-Config for automatic Broadband Meter configuration based on selected inputs for an input device; new API Options tab with API password protection, as well as IP/Hostname info; and added Tab Run-State Option where measurement engines may be set to continue their run status in the background when switching between tabs. 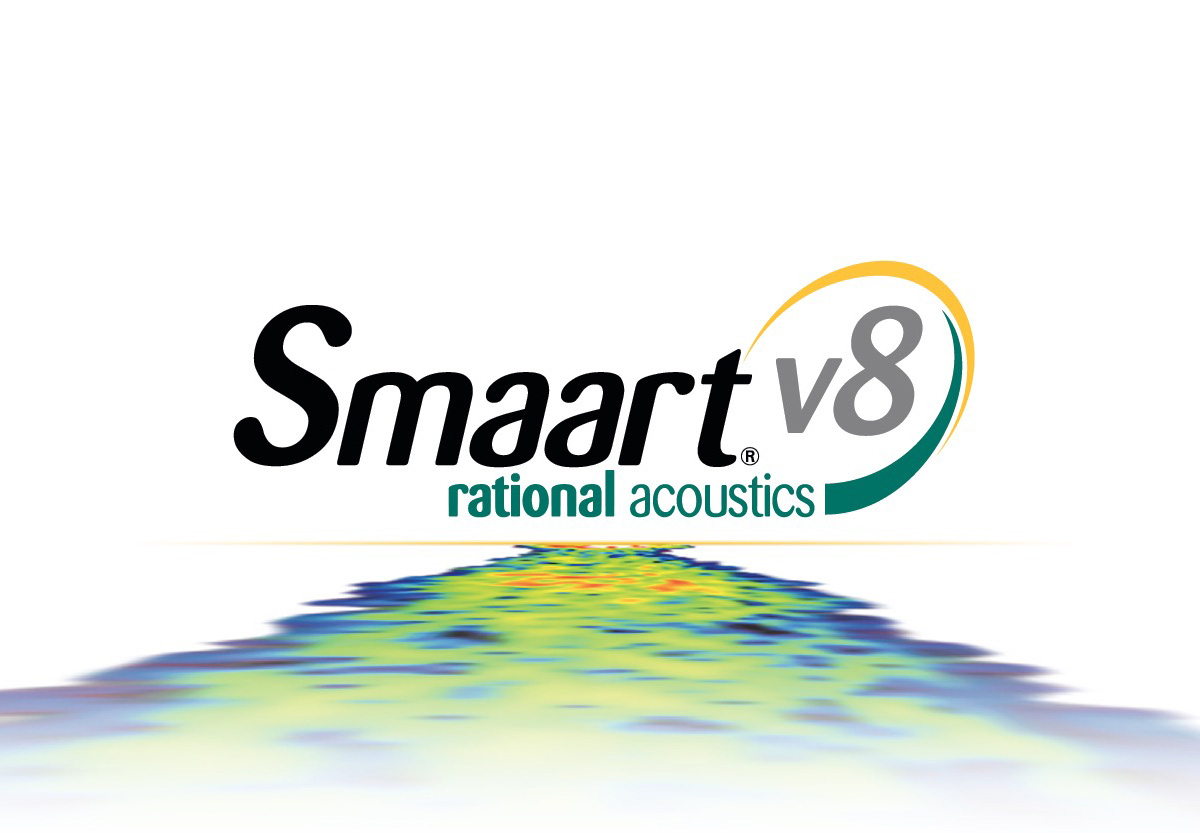 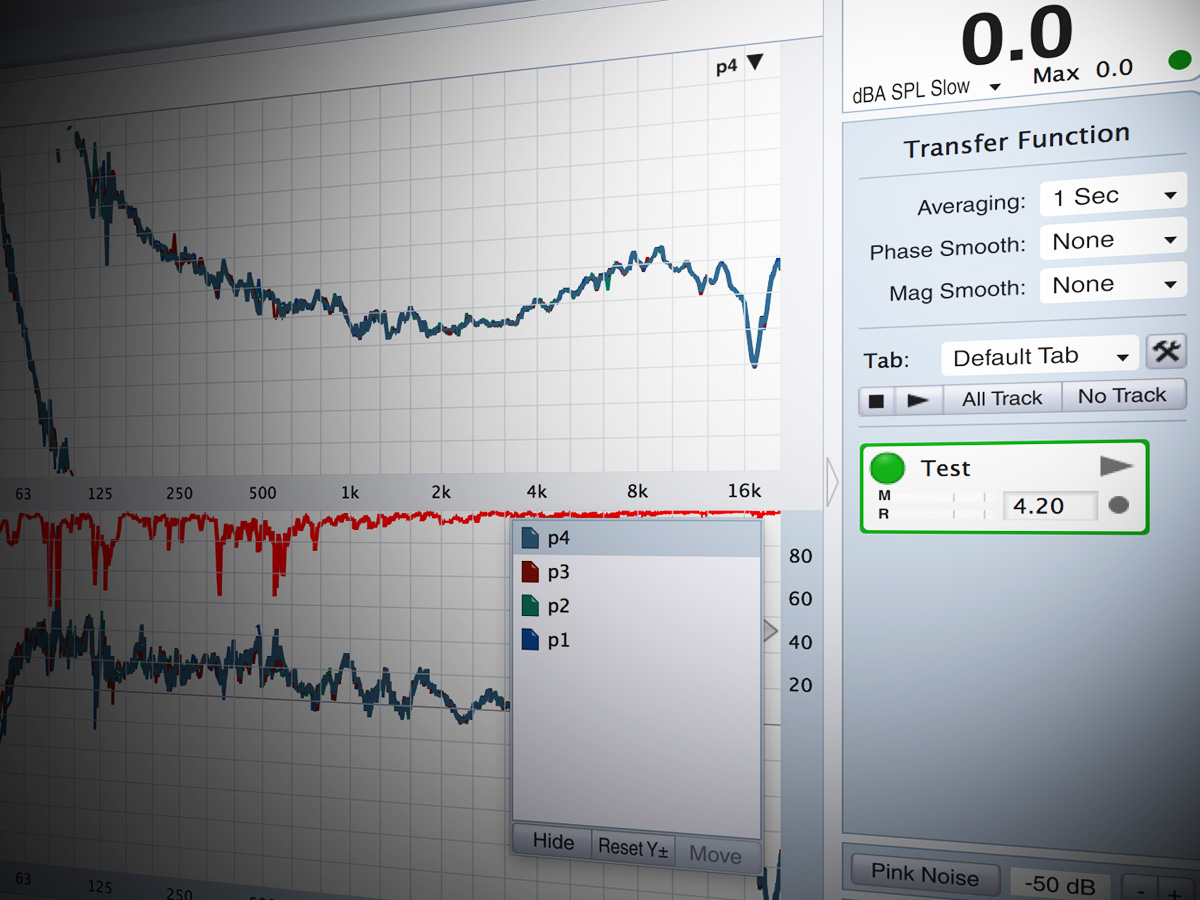 A complete list of the 20+ new and improved features in Smaart v8.1 (including bug fixes), as well as a new version of the Smaart v8 User Manual, updated for v8.1, can be found in the v8 Support section of the Rational Acoustics web site. Also, a full Revision History including new features and bug fixes, detailed function descriptions, and a full listing of all accelerator (hot) keys is included in Smaart’s Help files.